US Census 2020: Myths and scams you should know before critical count 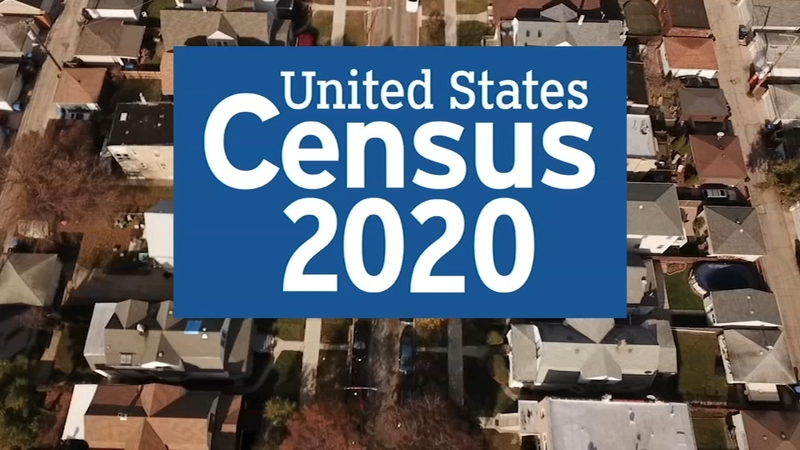 US Census 2020: Myths and scams you should know

CHICAGO (WLS) -- For the first time, the 2020 U.S. census will be offered online. While that means it will be a more convenient way for many households to participate in this critical count, it also creates big opportunities for scammers.

It is critically important that all Americans participate in the 2020 census, but there are new concerns about sharing information. The U.S. Census Bureau said it's facing big challenges in 2020, fighting misinformation and fears of scams.

Groups like the AARP are helping separate fact from fiction to make sure everyone participates in the census.

What should you keep a lookout for? Census phishing email scams, phony phone calls where scammers are using technology to make it look like their calling from the government. Criminals may even knock on your door. They may be looking for social security numbers, banking information or credit card information. They may even ask for your mother's maiden name.

Remember: real census workers will never ask for any of this, nor will they ask to raise money for a political party. If this happens, shut the door and call authorities.

If you've received a census mailing, check the return address to make sure it's from Jeffersonville, Indiana. Verify calls to your home by calling the census' national processing center.

Between March 12 and 20, 2020 census postcards will be sent to you, offering three choices: filling out the census online, by phone or a paper census packet. If you don't respond, a census-taker will come to your door.

"If you haven't responded to the census, please do, here's the form, here's my identification," Gallo said they will tell you.

Check the official ID of anyone who says they're from the Census Bureau. You can also call the regional census office to double check.

If you let scams scare you away from the census, Illinoisans have a lot to lose, including representation in Congress and important federal funds.

AARP stresses that there is more than $600 billion in federal funding that will be distributed to the states based on population. That's funding for Medicaid, affordable housing, mass transit, schools and parks.

Another thing to beware of are myths that census information could be used against you.

"By law, people's individual information should be safeguarded and should not be available to any other sector of government," said Sylvia Punte, Executive Director of the Latino Policy Forum, which is getting the word out about the importance of accurate representation, by holding community panels.

"We need the information from the census to make sure we get those numbers to draw those maps fairly," attorney Griselda Vega Samuel of MALDEF said at a recent panel

"The courts have ruled that question is illegal, so people don't have to worry about that," said Gabriela Roman, Spanish Coalition for Housing.

That's a message the Latino Policy Forum wants to be crystal clear about, because the Latino population is seeing significant growth in Illinois. Census numbers will affect funding and congressional representation for everyone, in the entire state.

How The Census Bureau Protects your Data