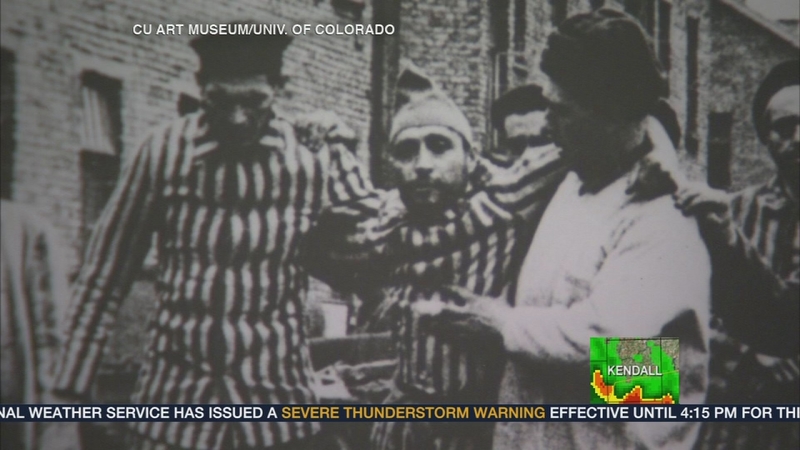 SKOKIE, Ill. (WLS) -- An exhibit at the Illinois Holocaust Museum shows World War II through Soviet eyes. Jewish photographers documented the atrocities of war and the joy of liberation on VE Day 70 years ago.

Simone Kaplan lived it. He was a young boy when his family was a killed. As a teenager, he worked anti-Nazi intelligence.

Proudly wearing his medals, Kaplan and dozens of World War II vets who emigrated to Chicago from Europe - including Russia, Ukraine, Lithuania - long ago gathered with holocaust survivors to mark VE Day.

"Today we dedicate ourselves again so we never forget," Governor Bruce Rauner

Genia Tokarskja and Maria Gershevitz will never forget. Their families were murdered and they were sent to death camps. But they survived. This day is sweet, but filled with pain.

"God forbid this ever happen again. We want to tell these stories," Tokarskja said. "Absolutely all my family died."

"I'm very thankful to the United States. It's almost like I was reborn when I came here," Gershevitz said.

Their message is simple: the pain is real, lasting and its retelling should never be lost.