WLS
By Diane Pathieu, Craig Wall and Eric Horng
CHICAGO (WLS) -- Gov. JB Pritzker is dealing with mounting frustrations as his stay-at-home order has now been extended for a month.

On the first day of Illinois' modified order, the governor was met with protests, capping a week of high emotion and litigation.

A Chicago demonstration drew hundreds of protesters, and counter-protesters, on Friday, when the state suffered its highest daily spike in coronavirus cases.

The governor appeared both sympathetic and annoyed by the rallies Friday, as people demanded he do more to ease the hardships of the order.

In Chicago's Loop, hundreds of people gathered outside the James R. Thompson Center, holding signs and American flags. Many were seen ignoring social distancing guidelines, while some flaunted the new requirement to wear masks.

"We're here to send a message to Governor Pritzker that if we don't want to wear a mask we don't have to!" Former Cook County Commissioner Tony Peraica said.

The protesters called on the governor to reopen the state more quickly.

"They're exercising their right to free speech, and I'll defend to the death their right to exercise that right, even when they're wrong," Gov. Pritzker said of the demonstrations.

Freedom Movement USA, a self-described bipartisan organization, organized the rally in the Loop from about 9 a.m. to 3 p.m. Similar demonstrations have taken place across the country, including one in Michigan Thursday.

"The governor has gone beyond his legal authority to order the citizens of the state to do anything," said Ben Bierly, a Republican candidate for Senate. "He only had 30 days; we've gone beyond that."

Meanwhile, counter-protesters drove around the Thompson Center, honking horns and displaying signs supporting the stay-at-home order. Others stood across the street, and even some nurses staged their own counter-demonstration, saying health and safety have to be a priority right now.

"We cannot just go to work right away because more people are going to get sick," said Benjamin Salazar, a nurse anesthetist.

The rallies capped a week of high emotion.

After Pastor Steve Cassell sued over the right to hold in-person church services, the governor amended his order to allow church gatherings of ten or fewer people.

"Obviously he became very aware that he was treading dangerously all over the First Amendment," Cassell said.

Gov. Pritzker said the change in his executive order is designed to make it clear churches can meet in groups of 10 or less, as long as they practice social distancing.

Pritzker's stay-at-home order is now being challenged by three lawsuits, including the one filed by Cassell.

On Friday, Pritzker said he would consider lifting the order before May 30th for certain regions of the state, if they say two weeks of case declines.

The governor said any region that he would consider reopening before May 30th would have to have enough hospital and ventilator capacity to handle any sudden surge in cases.

He also called for contact tracing on a "never-before-seen scale" as a route back to normalcy.

The state announced a new contact tracing program, expected to cost $80 million. Illinois is looking to hire more than 3,000 workers who will contact and isolate people who may have been exposed to COVID-19-positive patients.
Report a correction or typo
Related topics:
societychicagoloopjb pritzkercoronavirus helpcoronaviruscoronavirus illinoiscoronavirus pandemicshelter in placerallycoronavirus teststay at home ordersocial distancingcoronavirus deathsprotestbusinesslawsuitu.s. & world
Copyright © 2020 WLS-TV. All Rights Reserved.
CORONAVIRUS ILLINOIS 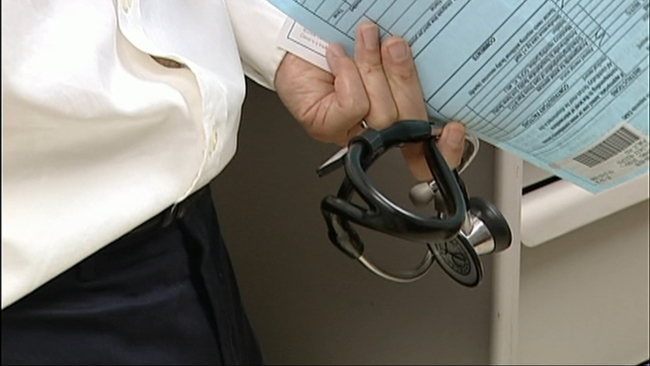