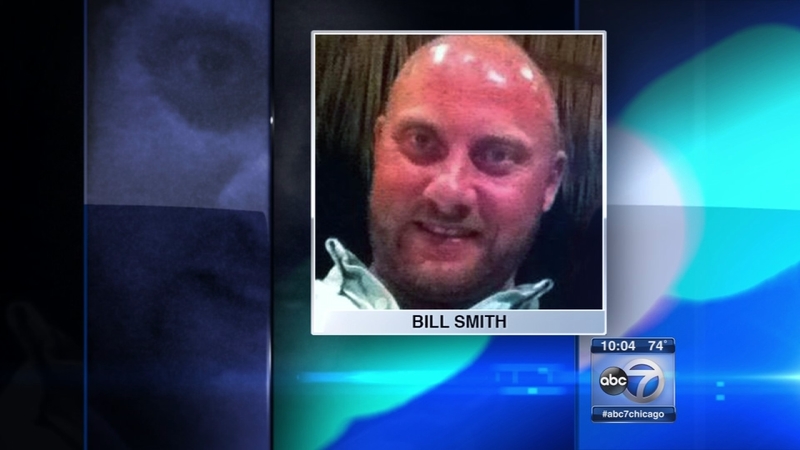 CHICAGO (WLS) -- A man from Chicago's Woodlawn neighborhood was charged in the murder of a new father in the city's South Loop.

The 45-year-old victim, William Smith, of the 1900-block of South Indiana, was the father of a young child. Smith was shot and killed in an alley in the 1800-block of South Michigan Avenue around 10 a.m. Sunday. He was pronounced dead at the scene, police said.

Neighbors said they believe the victim was robbed because they heard an argument and then a gunshot. They also said he was hoping to sell his condo so he could move to Florida.

"They have taken an innocent man's life. His child and significant other and mother and family members have lost a good person who did nothing wrong," said Gary Leibovitz, a neighbor.

Smith was on the cusp of a new life, preparing to move to Florida to be with his girlfriend and 2-year-old son.

"It's scary and it feels like a total violation. Not only do you lose a friend, but you kind of lose that feeling of safety," Leibovitz said.

Robert Burgess, 56, was arrested in the 5100-block of South Wentworth Avenue just over 12 hours after the shooting, police said.

Prosecutors allege Burgess drove up to Smith, pulled out a gun and demanded money and, when an argument ensued, opened fire.

"Anyone living in the neighborhood, going about their regular schedule, and all of a sudden boom, your lie is over," said Tina Feldstein, president of the Prairie District Neighborhood Alliance.

At a meeting Tuesday night, community members focused on ways to stay safe, including better lighting and more cameras.

"Everybody deserves a safe community no matter where they are in the city. Every person deserves that," said one attendee.

"We have to be careful and look out for each other," said another.

Burgess, of the 6200-block of South Kimbark Avenue, was charged with first-degree murder, police said. He appeared in court Tuesday, where he was ordered held without bond.

Prosecutors said Burgess attempted to conceal the crime by using dish soap to wash Smith's blood off the Bears jersey he was wearing. Prosecutors said they recovered the jersey, as well as the alleged murder weapon.

Neighbors said Smith had been wanting to leave Chicago to be with his girlfriend and son, but the architect was having trouble selling his condo.

"It's an absolute tragedy. He should be spoken about in a very good light," said Leibovitz.

A man was found dead Sunday in an alley in the 1800-block of South Michigan Avenue in the city's South Loop neighborhood.