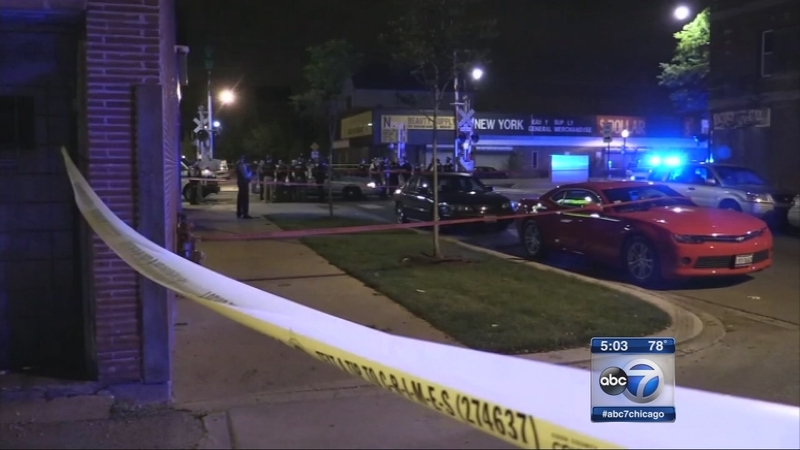 Man shot by CPD officers on South Side

Officers arrived to find four people standing on the corner of 71st and Merrill when police say one of the four, the shooting victim, took off running. Officials say one of the officers saw that the man had a gun and told him to drop it.

Residents say the police account of how an officer came to shoot the man isn't the truth. One woman said cops shot her friend after he'd dropped the gun he had and put his hands in the air.

The wounded man is known in the neighborhood as "Nunu."

No officers were injured in the shooting. Although police say a weapon was recovered at the scene, some who know Nunu don't believe he had a gun at all.

Community activist Jedidiah Brown says there's distrust of the police among people who live in the area.

"They don't believe that our civil servants are going to tell the story with integrity," Brown said.

Meanwhile, a small group of residents gathered and through song prayed for the violence in their neighborhood to end.

"We want the community to know that there is love, we're not 'Chiraq,' we're Chicago, Illinois," said Carshina Washington.

Police have not revealed if anyone else was either taken into custody or arrested. The Independent Police Review Authority is continuing to investigate.

The condition of the shooting victim is unknown.