Man killed by driver allegedly fleeing police on South Side 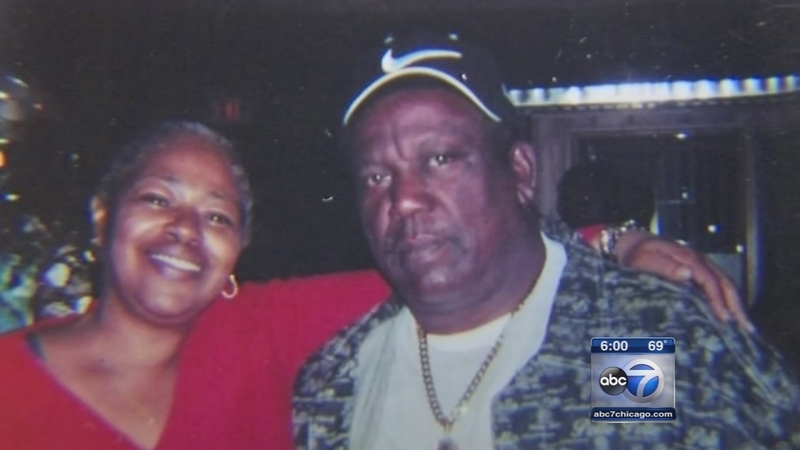 CHICAGO (WLS) -- An innocent bystander was fatally struck near his home after a 26-year-old driver allegedly ran a red light while fleeing police on Chicago's South Side.

Investigators said officers pulled over a driver for not having a rear license plate in the 7500-block of South Saint Lawrence Avenue around 7:35 p.m. Monday. When they got out of their vehicle, police said the driver sped off and blew through a red light at East 75th Street and South Martin Luther King Drive, then hit a car with two women inside.

That car was pushed into Willie Owens, 66, who was standing beside his pickup truck. He was fixing the vehicle after it stalled a block from his house.

The father of four was rushed to Stroger Hospital, where he died. Sharday Johnson, 19, and her two sisters said their father was a loving dad who tried to instill in them a good work ethic.

"My daddy stolen from me not taken, stolen from me," Johnson said. "He was the best person I knew, call him for anything no matter what it was."

Owens' nephew, Derrick Love, said his uncle was the man people in his neighborhood turned to for advice, a loan, or for help, but was best known for being an excellent mechanic.

"He fixed furnaces, plumbing. Whatever he could to make a buck, an honest buck," Love said.

While police said the pursuit was a distance of three blocks, Owens' family is struggling with whether the chase was necessary.

A police spokesperson said the Major Accidents Investigation Unit will investigate the circumstances of the incident to make sure that all departmental policies were followed.

Four other people were injured in the crash. Two women in their 80s were transported to Advocate Christ Medical Center, where an 88-year-old woman remains listed in serious condition.

The 26-year-old driver is in police custody. Charges are pending against him.