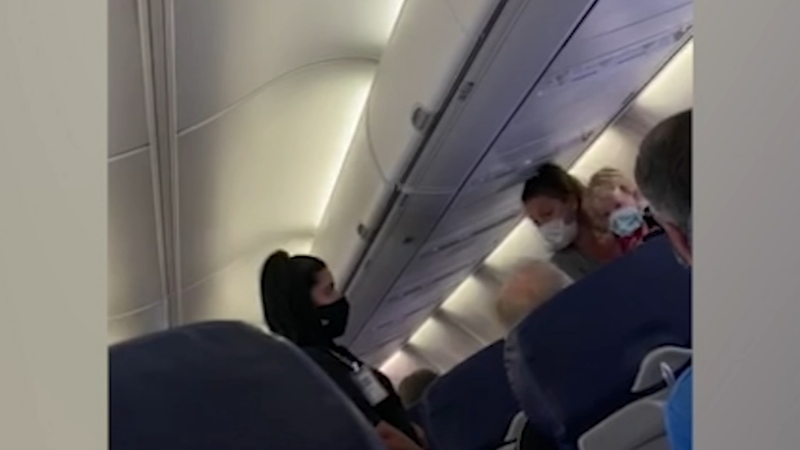 Chicago mom, son kicked off Southwest flight when he wouldn't keep mask on

CHICAGO (WLS) -- A Chicago mother said she and her toddler son were kicked off a Southwest Airlines flight because he wasn't wearing a mask.