Southwest Airlines flight from Houston to Nashville goes off runway 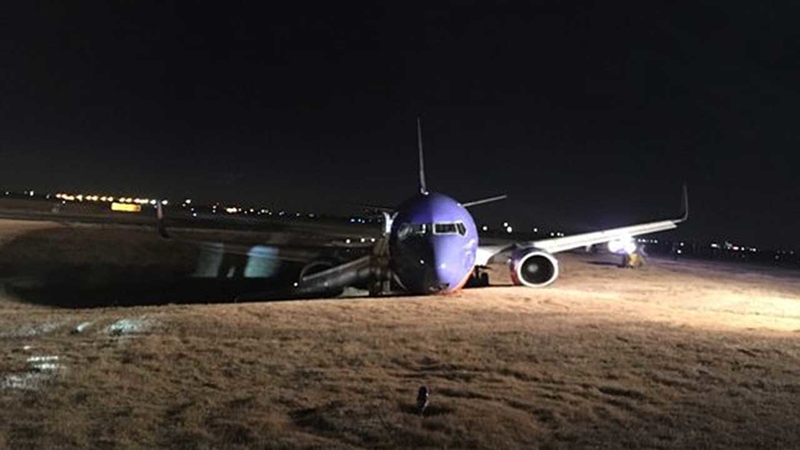 Flight from Houston to Nashville goes off runway

NASHVILLE, TN -- A Southwest Airlines flight from Houston to Nashville went off the runway Tuesday evening.

It happened around 5:30pm at Nashville International Airport. A tire had either blown or wheel collapsed. Three ambulances responded as a precaution.

Sarah Brann was a passenger on board. She lives near the Heights.

"The flight was fine. We landed really hard and everything went out of control. I was sitting above the wing so I could see everything that was happening. It seemed like we landed and there was a huge, loud noise. It ended up looking like the wheel had broken," Brann told Eyewitness News.

The FAA released a statement tonight, which reads, "Southwest Airlines 31, a Boeing 737 aircraft, rolled off a taxiway into the grass and got stuck while taxiing to its gate at Nashville International Airport at 5:30 pm Central Time. Passengers left the aircraft via stairs and were bussed to the terminal. The flight just landed from Houston Hobby Airport. The FAA is investigating."

Brann says Southwest set her up with a hotel and gave her food vouchers. She was supposed to be flying to Tampa for work. Instead she's flying back home Wednesday morning.

"It was very scary. I'm still shaking. My hands are shaking," Brann said.