What's the speed limit in Chicago when you can't find a sign? 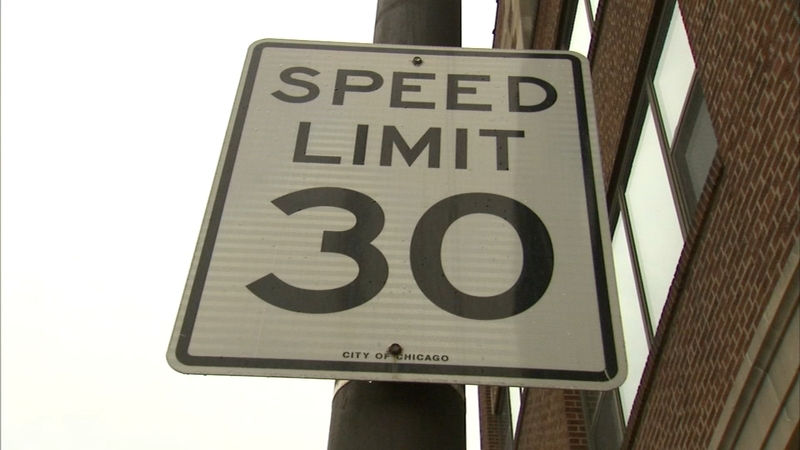 What's the speed limit in Chicago when you can't find a sign?

CHICAGO (WLS) -- Today's question has to do with city speed limits.

A viewer told ABC 7 Traffic Anchor Roz Varon, "On my way to work, I take LaSalle from North Ave. to Lake Street. For that entire stretch, I don't see one speed limit sign. Am I supposed to guess?"

For this, we defer to the Illinois vehicle code.

It's true, on that one mile stretch of LaSalle there is not a speed limit sign in sight - but there doesn't have to be.

There are exceptions. Certain streets that have a more highway-like character, like Devon and Caldwell avenues, have a higher speed limit. More congested areas, schools and hospitals, have a lower speed limit.

In some cases, like Milwaukee Avenue through Wicker Park, new bike lanes and pedestrian crossings changed the landscape and lowered the speed limit.

When a city speed limit changes, so do the signs. They're made in the city's sign shop.

"At the sign shop, we make all the road signs you see throughout the city of Chicago. That includes stops, one-way, do not enter, street name signs, no parking signs," said Mark Maloney, CDOT Deputy Commissioner, Sign Management.

Last year, the city made more than 37,000 various types of signs. The street signs are custom made.

"I go into the computer, pull it up on the computer and I will send it to the plotter, which cuts it on the green material that goes on top of the reflective white material," said Nicole Mattaliano, a sign painter.

"I take it over to the roller, peel away the sticky backing, put it together, roll it onto the reflective, take it off, cut them apart. Put it on the metal plate, put it in another smaller roller, peel it apart and then the same process, right onto the metal plate. Then you trim it up, brackett it and you're ready to go," Mattaliano said.

The whole thing take only 10 minutes. Other more standard signs can be mass-produced through silk screening.

With safety the top priority, stop signs, one-way and do not enter signs are typically replaced within 24 hours. If you should come across a damaged or missing street sign, you should report it to the city by calling 311.

What if someone from out of town is driving on one of those streets without a speed limit sign?