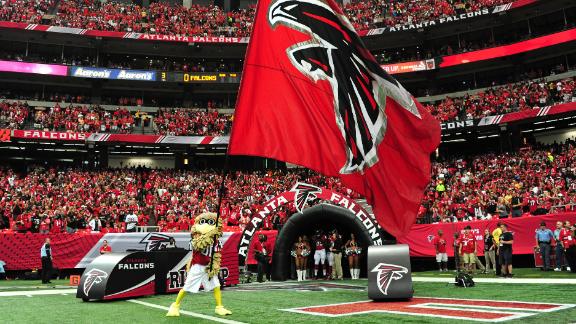 The NFL is trying to determine if the Falcons pumped artificial crowd noise into the Georgia Dome for home games the past two years. Apparently, the answer is yes.

Blank had a quick response when asked if there was a fine line for crowd noise not allowed by the league.

"It's not really a fine line," Blank told The Associated Press. "I think what we've done in 2013 and 2014 was wrong. Anything that affects the competitive balance and fairness on the field, we're opposed to, as a league, as a club and as an owner. It's obviously embarrassing but beyond embarrassing it doesn't represent our culture and what we're about."

Blank also said that the circumstances that led to the investigation "bothers" him.

The Falcons face a fine and possibly the loss of a draft pick over the matter.

"We were advised by the league probably in November or so," Blank said of the investigation. "We fully cooperated with their investigation. They haven't published it yet.

"Based on the information that we had, we dealt with it internally; we'd rather keep it private until the investigation is public and we have access to the full report. We have some information now, but not the complete report."

Blank said there is a timetable within which he expects the NFL's investigation to conclude.

"We expect a copy of that will be forthcoming in the next couple of weeks," Blank said.

Atlanta has been accused of piping in the noise while the opposing team was huddling, trying to call its play, sources told ESPN's Adam Schefter on Sunday. Some around the league have argued that silent counts have rendered crowd noise more irrelevant, and it's difficult to discern how much of an advantage it gave the Falcons.

The Falcons went 3-5 at the Georgia Dome this season and were blown out there 34-3 by the Carolina Panthersin Week 17 with the NFC South Division title on the line.

ESPN.com Falcons reporter Vaughn McClure and The Associated Press contributed to this report.