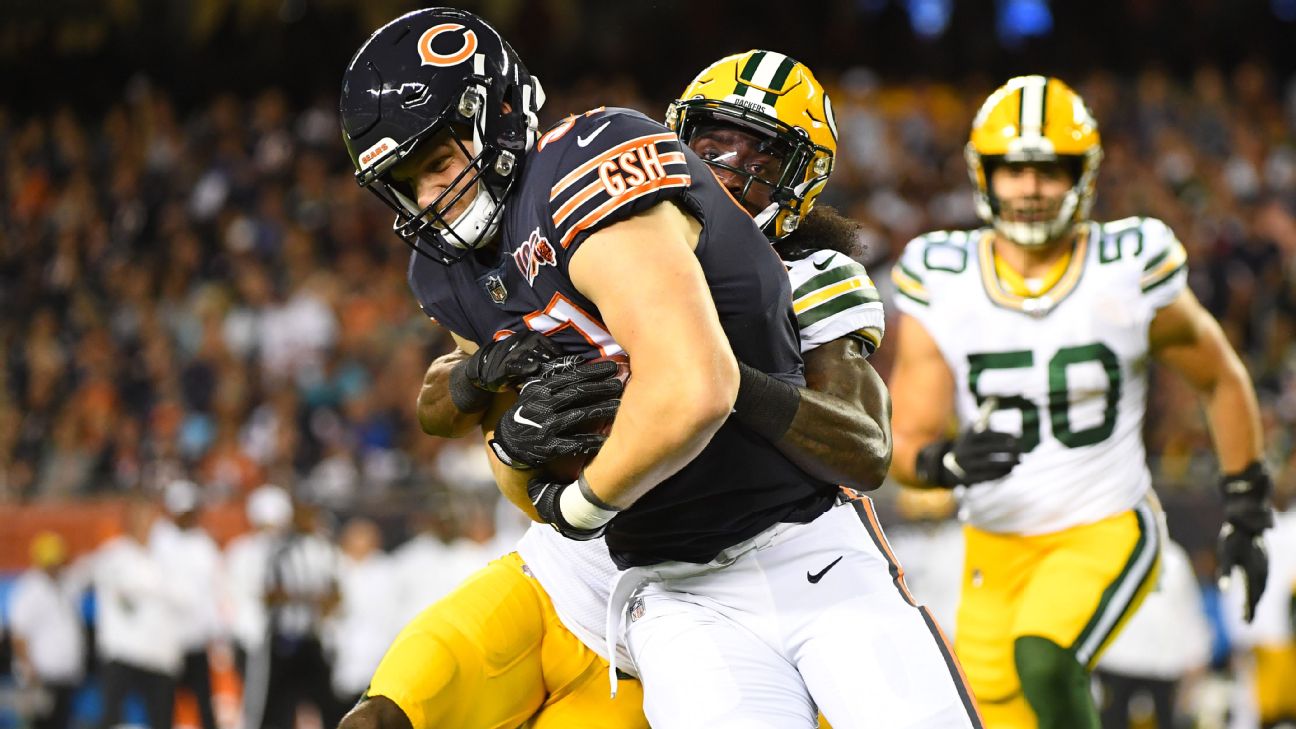 The Chicago Bears have traded tight end Adam Shaheen to the Miami Dolphins for a 2021 seventh-round conditional draft pick.

Shaheen, a 2017 second-round pick out of Ashland, has been a disappointment in his three years in Chicago due to injuries and ineffectiveness. He has 26 catches for 249 yards and four touchdowns in 27 career NFL games.


The Dolphins are taking a low-risk flier on Shaheen, who will compete with Durham Smythe and Michael Roberts for the backup tight end role behind starter Mike Gesicki.

All three backups fit the skill set of a blocking tight end, and Shaheen's arrival might cost one of the others a spot on Miami's final roster.

Shaheen immediately provides some depth, but the Dolphins hope to get a little more upside out of the potential his 6-foot-6 frame offers than Chicago did.


Shaheen was in danger of missing the Bears' final roster. Chicago is trimming down its plethora of tight ends after releasing Ben Braunecker earlier this week and trading away Shaheen now. The Bears now have seven tight ends.

The Bears will save $1.3 million in salary-cap space with the trade.