Bills aware of, involved in Tyrod Taylor's decision to have surgery 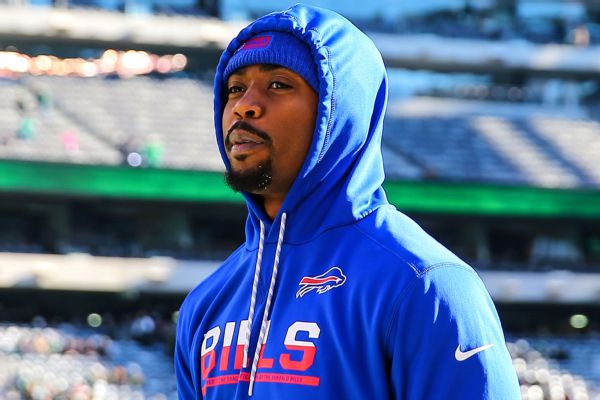 The Buffalo Bills were aware of quarterback Tyrod Taylor's core muscle surgery this week and involved in the process to have it done, league sources told ESPN NFL Insider Adam Schefter.

Taylor underwent the procedure Thursday in Philadelphia after dealing with a groin injury late in the season. The Bills issued a statement Thursday worded in a way that seemed to distance the team from the decision to have surgery.

"Bills QB Tyrod Taylor had a consultation visit [Wednesday] with Dr. William Meyers and elected to have surgery this morning," the statement said, confirming the surgery and saying they were informed of the procedure Thursday morning.

However, sources told Schefter the surgery was not a surprise to the Bills and that team doctors recommended that Taylor visit Meyers. The team was "fully aware" of the possibility of surgery, and Taylor did not act independently from the Bills, sources said.

The timing of Taylor's recovery is important because he has a clause in his contract that guarantees him his full $27.5 million base salary in 2017 if the Bills release him "due to a professional football injury suffered while performing his services under this Contract [and] Player is unable, in the sole judgment of Club's physicians, to perform his playing services for Club." Taylor's contract also includes offset language that would reduce the amount of his injury guarantee by whatever a new team would pay him in 2017 salary and bonuses.

The looming financial commitment raises the possibility that the Bills release Taylor, whose passing statistics were mostly down this season from his 2015 levels, by March 11.