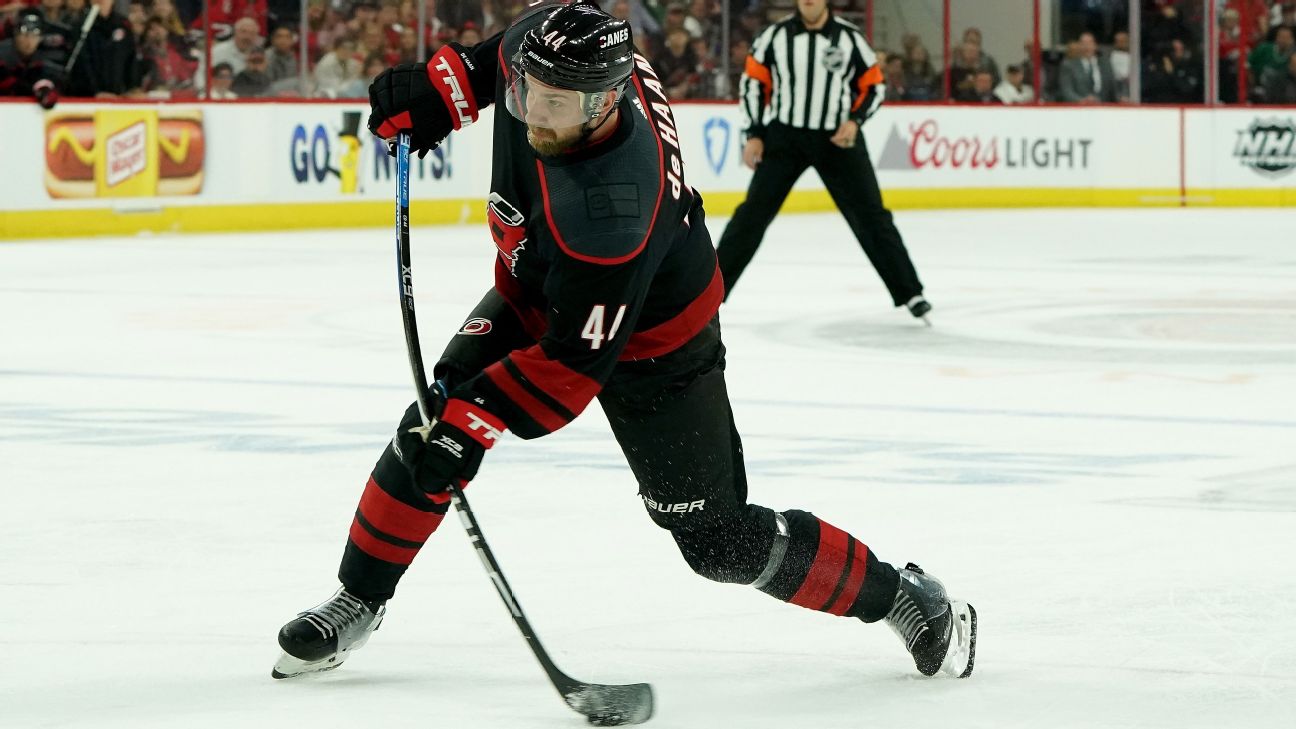 CHICAGO -- The Chicago Blackhawks made another trade for a veteran defenseman on Monday, acquiring Calvin de Haan in a deal with the Carolina Hurricanes.

Chicago has been looking to upgrade its blue line since it missed the playoffs last season for the second straight year. It acquired Olli Maatta in a trade with Pittsburgh on June 15.

The addition of de Haan and Maatta raises questions about what the Blackhawks might do with the rest of their defensemen. They also have Duncan Keith, Brent Seabrook, Connor Murphy, Erik Gustafsson, Carl Dahlstrom and Slater Koekkoek on their roster, and Henri Jokiharju could take on a prominent role after finishing last season in the minors.

The Hurricanes' acquisition of Forsberg comes with the two goalies who helped lead them to the Eastern Conference final -- veterans Petr Mrazek and Curtis McElhinney -- eligible for free agency on July 1.

De Haan was selected by the New York Islanders with the 12th overall pick in the 2009 draft. He spent his first six seasons with the team before joining Carolina last summer, signing a four-year contract worth $18.2 million.

The 28-year-old de Haan had one goal and 13 assists in 74 games last season. He also had a goal in 12 playoff appearances.

Forsberg becomes the second Blackhawks goalie traded to Carolina in three years. The Hurricanes picked up Scott Darling in 2017 and gave him a four-year contract that pays him an average of $4.15 million per season. Darling was injured during the preseason finale last season, placed on waivers and played only eight games in the NHL in 2018-19.

Carolina acquired Saarela from New York in the 2017 deal that sent then-captain Eric Staal to the Rangers. He played only one game with the Hurricanes.

Forsling, a fifth-round pick by Vancouver in 2014, had eight goals and 19 assists in 122 games over three seasons with Chicago. He just turned 23 on June 12.

Forsberg was acquired by the Blackhawks in the 2017 trade that sent Artemi Panarin to Columbus. He spent last season with Rockford in the AHL, going 15-15-2 with a 2.64 goals-against average.
Report a correction or typo
Related topics:
sportsespnchicago blackhawksnhlcalvin de haancarolina hurricanes
Copyright © 2020 ESPN Internet Ventures. All rights reserved.
More Videos
From CNN Newsource affiliates
TOP STORIES