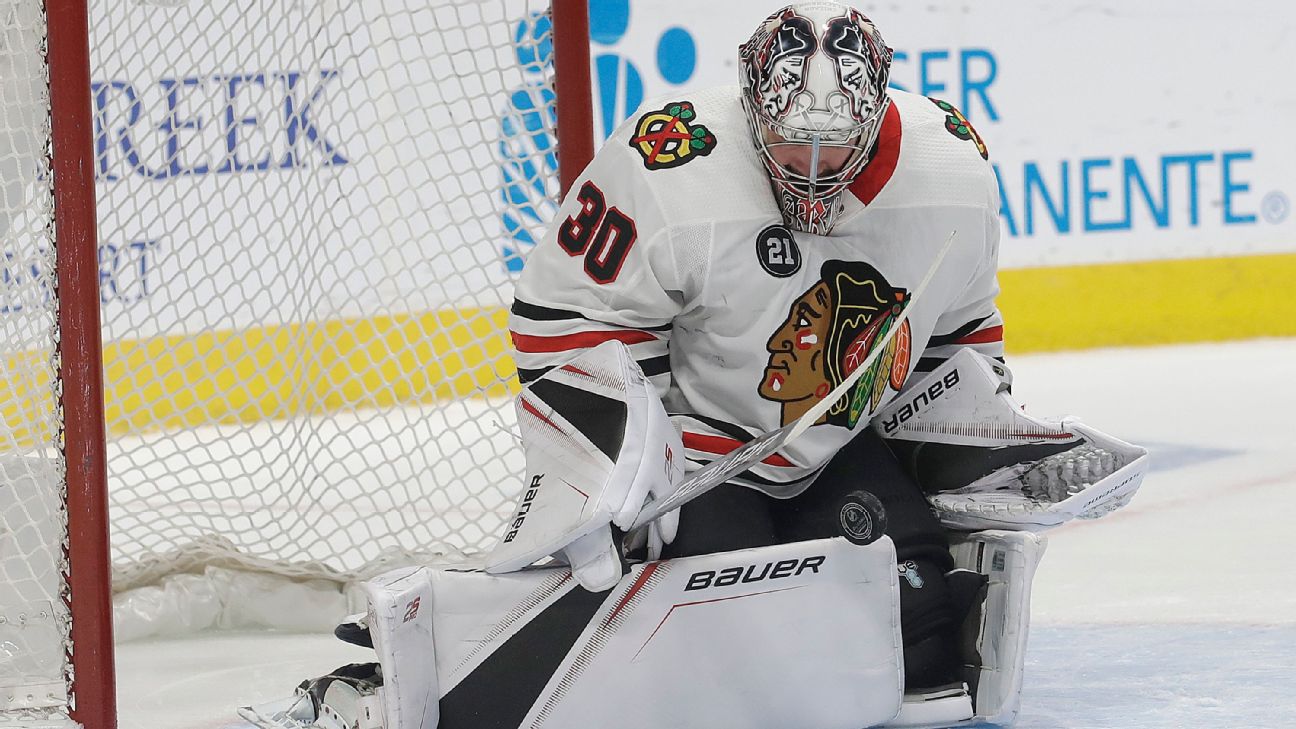 ESPN
CHICAGO -- The Blackhawks said goalie Cam Ward has a right knee injury and will not participate in hockey activities for seven to 10 days.

Ward was in net for a loss at theSan Jose Sharkson Sunday.

Chicago recalled goalie Collin Delia from the Rockford IceHogs of the American Hockey League on Tuesday. The 24-year-old rookie has made 15 appearances with Chicago, and he agreed last month to a contract extension through 2021-22.

Two-time All-Star and Stanley Cup champion goalie Corey Crawford recently returned after being sidelined since mid-December because of a concussion.