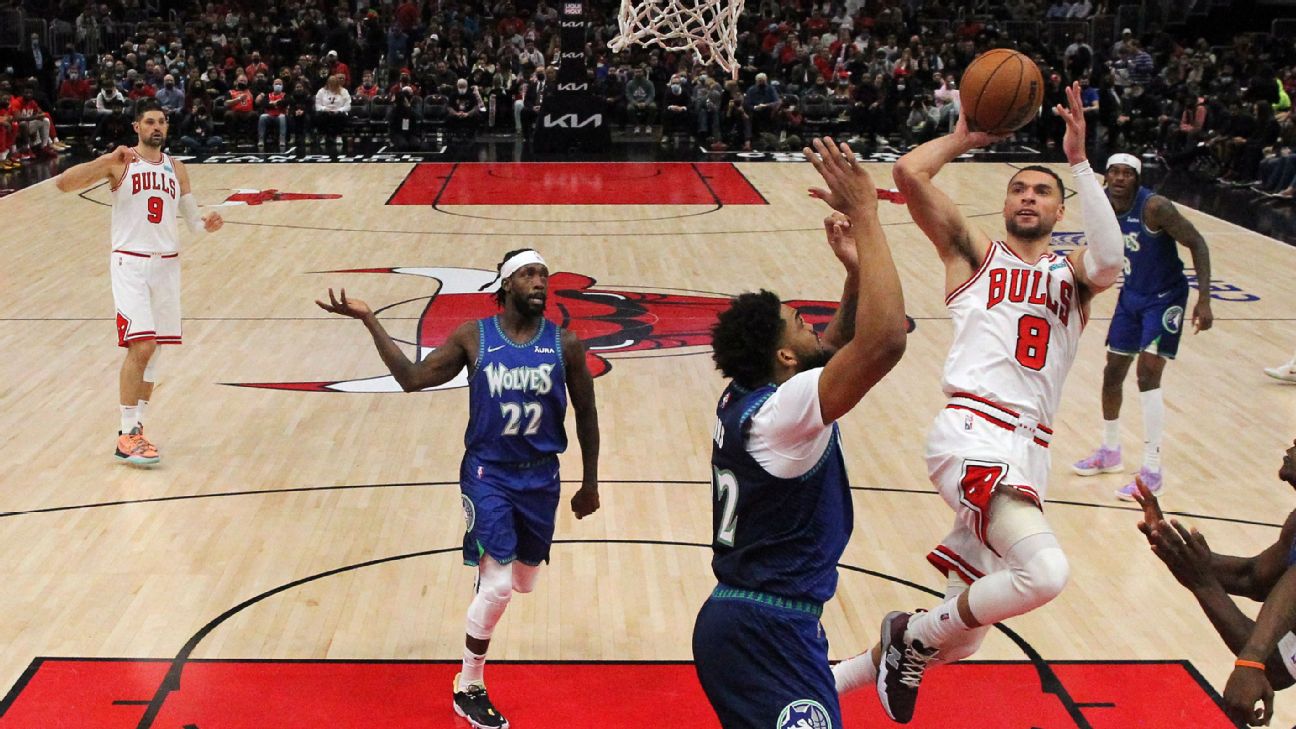 CHICAGO -- Chicago Bulls All-Star guardZach LaVine's visit with a knee specialist in Los Angeles this week went "very well," according to coach Billy Donovan, who said Wednesday LaVine is cleared to resume play for the team after the All-Star break.

LaVine had fluid drained to relieve the swelling in his left knee and he will stay away from basketball activities for 48 hours. Then, he will be cleared to participate in the All-Star Game this weekend and should return for the Bulls next week.


"Right now the doctors feel totally fine with him resuming playing," Donovan said prior to Wednesday's game against the Sacramento Kings. "Zach felt very, very good about the meeting. ... He's probably going to be about 48 hours before he can do any activity really, but he should be able to resume any activity after that."

LaVine is also scheduled to participate in the 3-point contest on Saturday night before Sunday's All-Star Game, where Donovan expects he will be on some sort of minutes' restriction. He was selected to his second consecutive All-Star Game after averaging 24.6 points, 49 rebounds and 4.5 assists this season.

The Bulls host the Atlanta Hawkson Feb. 24 in their first game following the All-Star break, and Donovan acknowledged the team could manage LaVine's workload on upcoming back-to-back contests.

"Certainly it's a great honor for him to be able to do that [play in the All-Star Game] the second year. He is healthy to play," Donovan said. "The doctors don't feel like he's in any harm's way in continuing to play."


LaVine has been feeling discomfort in his knee for several weeks, but an MRI in January showed no structural damage. He labored through a Bulls' victory last Friday against the Minnesota Timberwolves, then missed the team's past three games entering the break.

"I spoke to him late morning, early afternoon -- he was in really good spirits," Donovan said. "Felt like it was a really good visit and [he] feels in a good place mentally. He'll be ready to go."