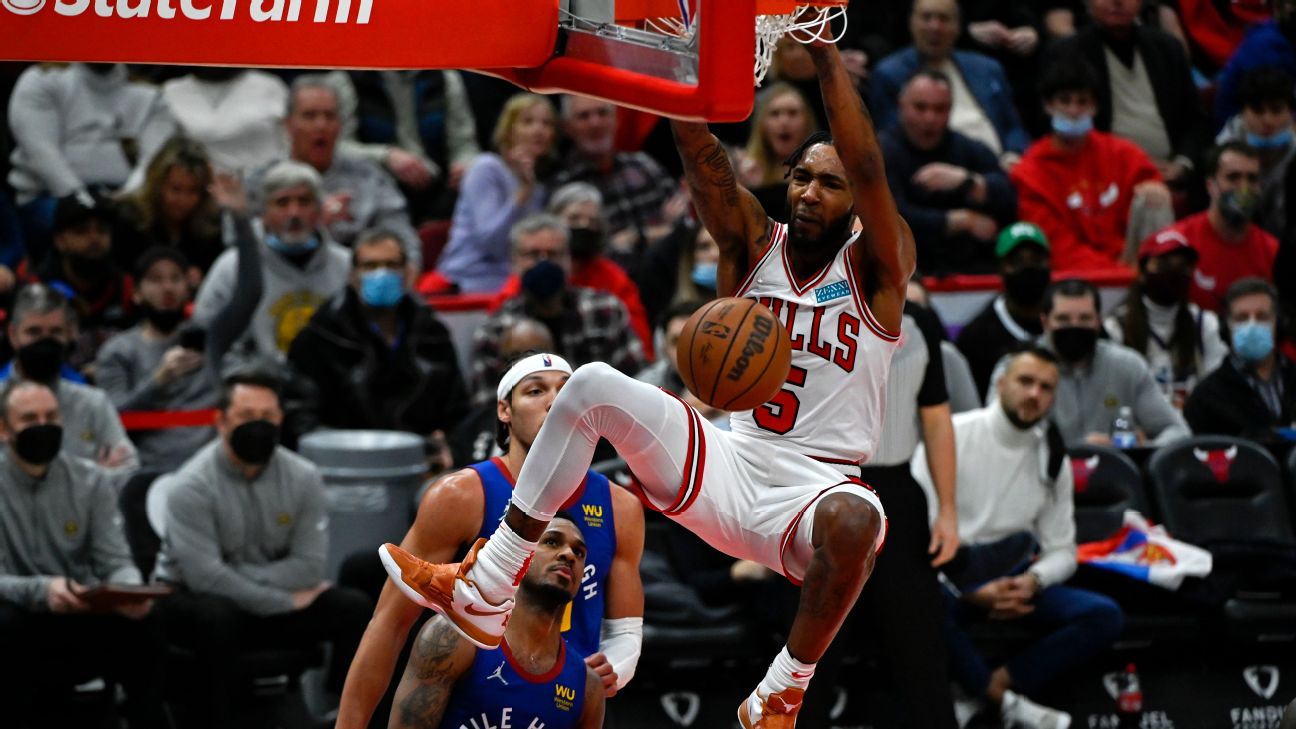 CHICAGO -- Bulls forward Derrick Jones Jr. had to be helped to the locker room during Wednesday's 138-112 loss to the Brooklyn Nets after landing awkwardly on his right leg 36 seconds into the game.

The Bulls announced Jones would not return for the remainder of the game due to a right knee injury. Head coach Billy Donovan did not have an update on Jones after the game.


Jones had been in Chicago's starting lineup the past six games while filling in for Javonte Green, who has been sidelined with a strained groin. Jones is averaging 6.5 points and 3.5 rebounds while shooting 58% in his first season with Chicago.

The Bulls are also missing guard Alex Caruso, who was still in the league's health and safety protocols before Wednesday's game. Donovan said he did not expect him to play in Friday's game against theGolden State Warriors.


"It's going to be tough because you can't replace those guys," Bulls guard Zach LaVine said after the game. "It's always been a next-man-up mentality that we've had. It's something we're going to have to do because it's not like anybody is going to feel sorry for us having some guys out. Everybody's had guys out." 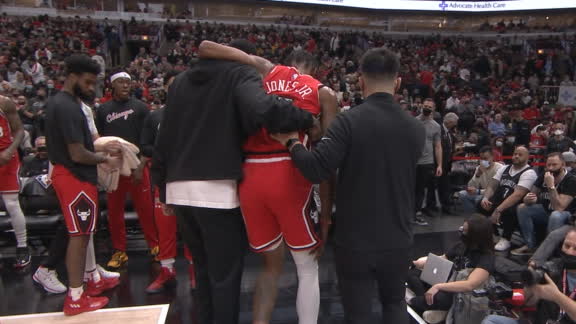