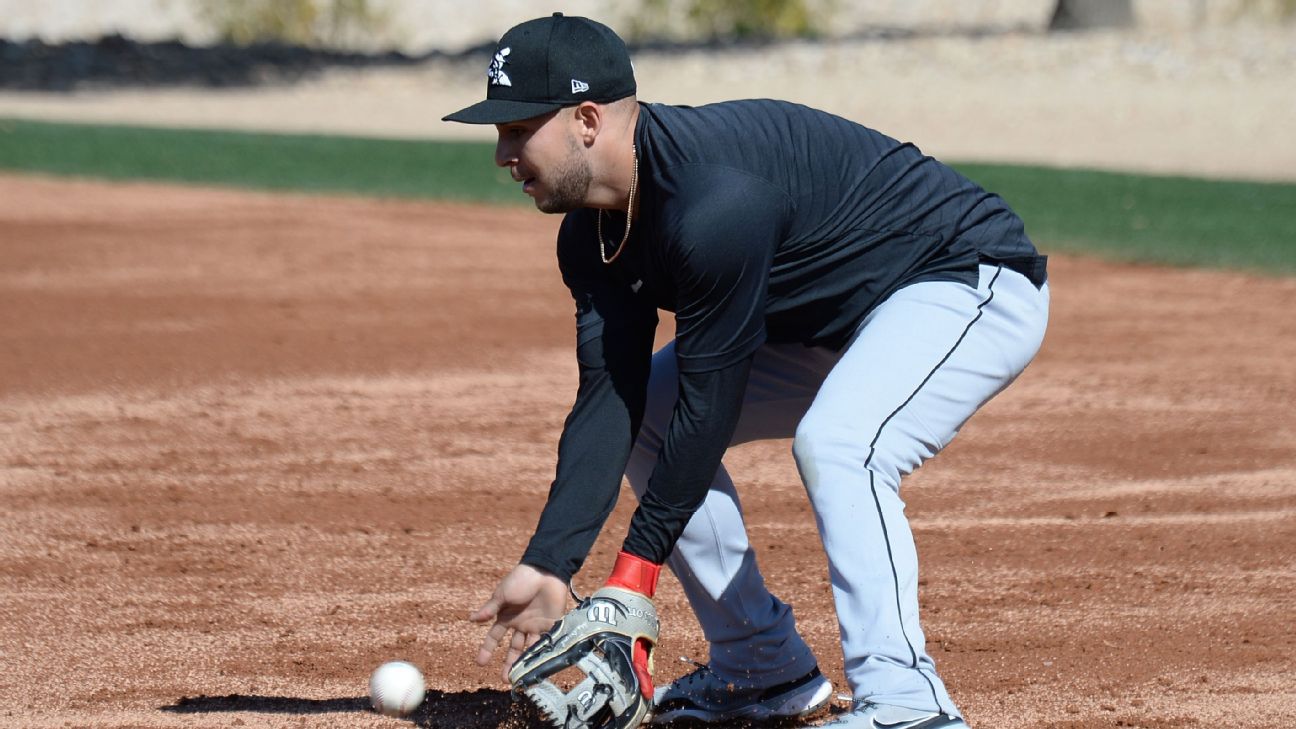 Nick Madrigal knows his teammates with the Chicago White Sox, and they know him - enough to poke a little fun at the second baseman. He knows his way around the team's spring training facility, and he knows what he needs to do to get ready for the season.

He isn't a kid anymore.


Healthy again after shoulder surgery, Madrigal is looking to build on his impressive debut with the White Sox last summer. He saw his first exhibition action Monday since the operation and went 0 for 2 in an 8-0 loss to the Los Angeles Dodgers.

"It was great to be out there," Madrigal said. "I was looking forward to this all offseason, for this moment. It's been a lot of hard work, not only myself, but for the training room and their staff. A lot of people to be thankful for that got me to this point."

Madrigal, who turned 24 on Friday, caught grief from his teammates after he talked about reaching 3,000 career hits during a podcast. A couple players responded with "Mr. 3,000" T-shirts, with Madrigal's face superimposed on the movie poster.

No big deal for Madrigal, who wore the shirt while he worked out in Arizona on his birthday.

"It was one of those things that, you know, my teammates were just joking with me about," he said. "I didn't get mad, at all. I thought it was funny."


Madrigal said he feels more comfortable around the team after playing in the majors last year.

"This year, it feels like I've kind of made those relationships and I'm able to kind of speak freely and I know how things work," he said. "So I think this spring training I feel a lot more like myself and it's been a lot smoother this year."

Madrigal made his big league debut on July 31. He got his first four hits in his third game, then separated his left shoulder on a slide into third base during a win at Milwaukee on Aug. 4.

He returned in time to help Chicago make it to the playoffs for the first time since 2008. But his shoulder injury required surgery in October.

"There's been no setbacks, at all," Madrigal said. "I think if anything I'm ahead of schedule in their eyes. I've been progressing really well, from the strength side of it to the mobility. Yeah, it's looking real good right now."


During his first stint with the White Sox, Madrigal showed why he was the No. 4 pick in the 2018 amateur draft out of Oregon State. He batted .340 with 11 RBI in 29 games, including a .321 average with two strikes - tied with Yankees star DJ LeMahieu for second in the majors. He struck out just seven times in 109 plate appearances.

Madrigal doesn't have much power - he hit only four homers in 163 games in the minors - but the White Sox have plenty of sluggers in their lineup. They just need the 5-foot-8 Madrigal to do what he does best; get on base and wear down opposing pitchers.

"I think he has an effect on everybody that way because he's playing the game the right way," manager Tony La Russa said. "He puts the ball in play."

Madrigal thinks he can do more. He wants to show increased discipline and take additional walks. He also wants to become more comfortable with the defensive shifts he makes.