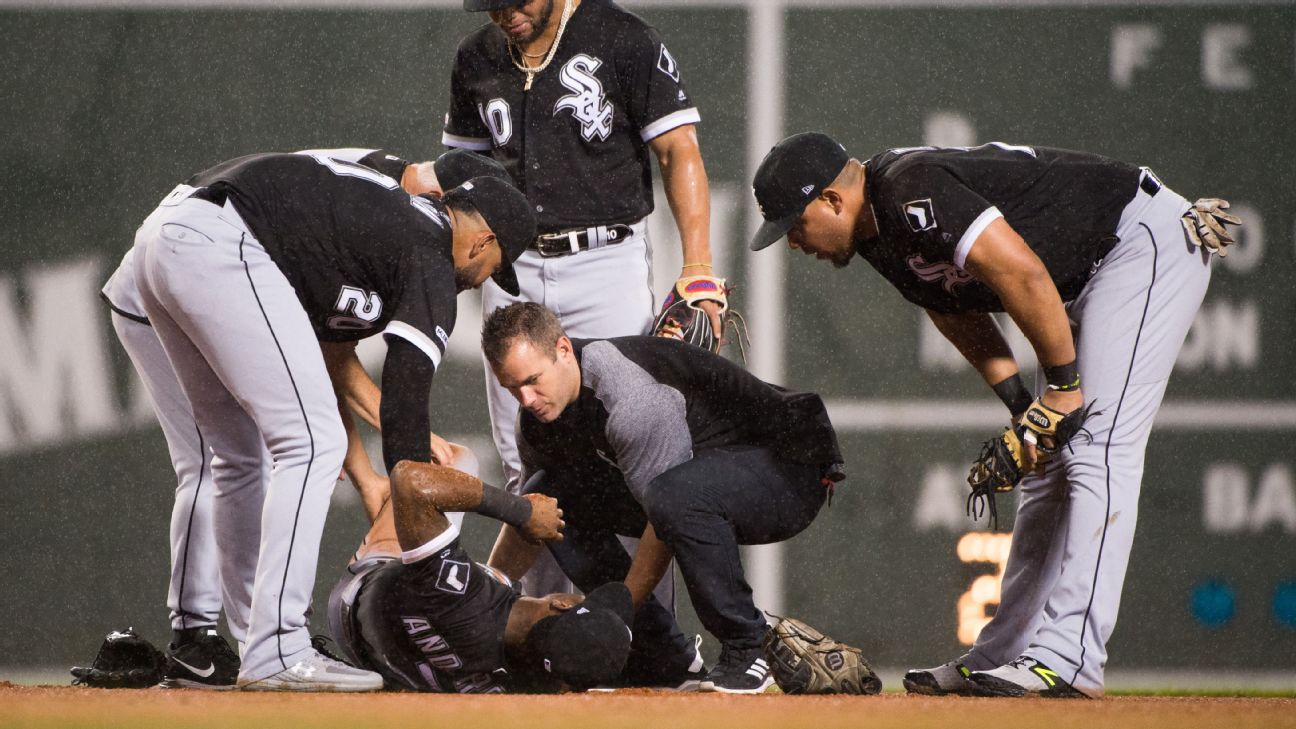 ESPN
The White Sox lost half their starting infield to injury Wednesday, as shortstop Tim Anderson is headed to the 10-day injured list and third baseman Yoan Moncada left Chicago's game in Boston with a knee injury.

Anderson suffered a high ankle sprain in Tuesday's loss to the Red Sox and is expected to be placed on the IL before Chicago's weekend series against Minnesota. He said he felt "a lot better" on Wednesday, just after Chicago rallied for an 8-7 win over the Red Sox.

"I just planted wrong," Anderson said. "I kind of felt a little pop. It kind of scared me a little bit."

The team said Anderson was diagnosed with a high ankle sprain, but manager Rick Renteria said he had not seen the results of an MRI taken on Wednesday. X-rays on Tuesday were negative; Anderson was walking in flip flops with a pronounced limp after the game, then he put on a walking boot to leave the ballpark.

"Everything will be announced on Friday," Renteria said. "I don't have a timetable for you."

Less than two hours later, Moncada limped off the field in the first inning after being hit on his right knee by a pitch from Red Sox ace Chris Sale. The White Sox announced he has a bruised knee.

Moncada initially tried to stay in the game but ultimately was replaced by Yolmer Sanchez after struggling to run the bases. The White Sox have not announced an official diagnosis for Moncada's injury.

Information from The Associated Press was included in this report. 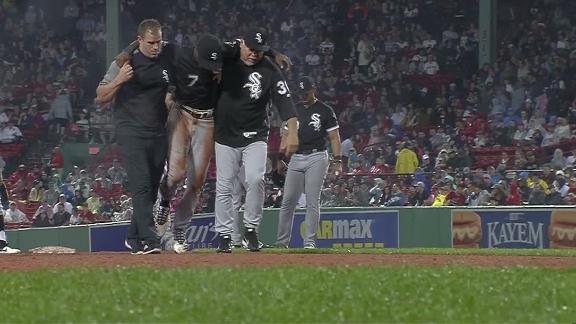 Anderson helped off field with ankle sprain
Tim Anderson appears to injure his right ankle when making a throw to first base in the bottom of the fifth inning and was helped off the field.
Report a correction or typo
Related topics:
sportsespnchicago white soxmlbtim andersonyoan moncada
Copyright © 2020 ESPN Internet Ventures. All rights reserved.
More Videos
From CNN Newsource affiliates
TOP STORIES