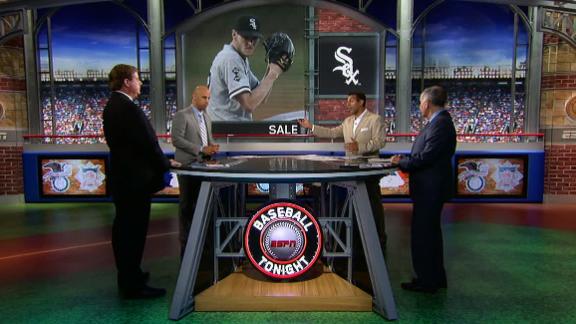 CHICAGO -- When White Sox ace Chris Sale returns to his team Thursday to face the crosstown Cubs at Wrigley Field, he'll find a clubhouse a little happier than the one he left.

Sale hasn't been allowed around his teammates during his five-day suspension, instead staying home to prepare for Thursday's start, or perhaps fine tune his nascent tailoring skills.

In absentia, Sale's presence nevertheless loomed large in the Sox clubhouse on Wednesday, where his teammates were asked by the marauding media horde how the pitcher would be received upon his return.

"In (the clubhouse) with open arms," outfielder Adam Eaton said. "When he pitches, he puts on a good show. I'm sure it won't be any different when he comes back."

You've probably heard the story by now, incredible as it still seems, and read more than a few "Scissorshands" cracks on your favorite social media outlet. Sale, unhappy that the White Sox were planning to use throwback jerseys last Saturday proceeded to methodically cut those jerseys up. He said his beef was a competitive issue. The uniforms were uncomfortable and didn't allow him to pitch at his best.

During an interview on MLB.com, Sale said he regretted not being there for his teammates during the suspension, but not so much for the act itself.

As tales of the incident spread like a surreal wild fire through the league, Sale was scratched from his scheduled start and suspended the next day. The immediate consequence was that, at the last minute, six White Sox relievers had to step in to soak up Sale's innings. They collectively held down the Detroit Tigers and set up Eaton's walk-off hit to win that game.

Then the White Sox reeled off three more Ws, the first two in similar walk-off fashion, and took the first two of four games against the Cubs. A late-game collapse Wednesday brought the Saleless spree to a halt. Still, rather than Throwbackgate destroying clubhouse unity, the entire sequence seems to have spurred the White Sox to draw closer.

"That kind of stuff can ruin a team," third baseman Todd Frazier said. "It can be even littler -- I've seen littler stuff put a team in the hole. I just think the guys are determined to play the game right.

"I think when we found out the bullpen was going to have to go, they kind of took it upon themselves to step up. That's all you can ask for as a player. We're professionals, you've got to be ready for change."

When Sale takes the mound Thursday, he'll be pitching for a chance to give the White Sox a resounding win in the four-game, two-ballpark series, which would get the Sox back to .500, a spot on the outer perimeter of the wild-card race and a case that their front office shouldn't tear things down in advance of the fast-approaching trade deadline.

"Maybe it's the calm before the storm, maybe it's not," Frazier said. "We'll see. I'm just happy we're on the roll we're getting here. You can see it a little bit. You can see it in everybody's faces. It's a little more chipper, I guess you can say.

"We're ready to go. I think we're going to get on a great big roll here. I think it's going to be an exciting time for the White Sox."

If it seems like we've seen this scenario play out before, that's because it has. After first baseman Adam LaRoche retired late in spring training upon being told he could no longer bring his son into the clubhouse, Sale accused White Sox executive Kenny Williams of lying to the team, saying ""Somebody walked out of those doors the other day and it was the wrong guy."

With that controversy still lingering, the White Sox raced to a 23-10 start, and they hope this current post-controversy upturn can stretch as long as that one did.

"Seems like every time we have a little bit of a stir, things go right," Eaton said. "Beginning of the season went really well for us. This little stir, it's been a positive thing. When he comes back, I'm sure he won't miss any step in his hop. I'm sure he'll be just fine."

After attributing the White Sox's resilience to the presence of a few well-placed veterans on the roster, manager Robin Ventura said he's not expecting any resentment toward Sale from his teammates.

Here's the main thing about Sale: He's really, really good. Sale has finished in the top six in AL Cy Young voting in each of the last four seasons and is a leading contender for the award this season. Since the beginning of the 2012 season, Sale ranks third among all pitchers in strikeouts, and seventh in both wins and ERA.

"Here is what I know about Chris: Chris is a good kid, who has a good heart, who does a lot of things nobody sees," pitching coach Don Cooper said. "Certainly on top of all of it, he's a quality pitcher, a high-level pitcher.

"Robin (Ventura) said he was one of the best in the league (but) I'll take it a step further. I think he's in the top 10 on the face of the Earth."

Despite what appeared to be an act of utter petulance, Sale seems to remain high in the esteem of his teammates. He's the ace, and that title extends all the way from the mound, to the clubhouse, and beyond.

"He's our teammate," Eaton said. "He's our guy. (Despite) all the things that are swirling around about his character and who he is as a player, he's my brother. I enjoy every second with him on the field and off the field.

"He can't be a better person. With that, I'll be excited to see him. I"m sure he'll be in the same form he has been the entire year. He'll go out there and produce, and be Chris Sale." 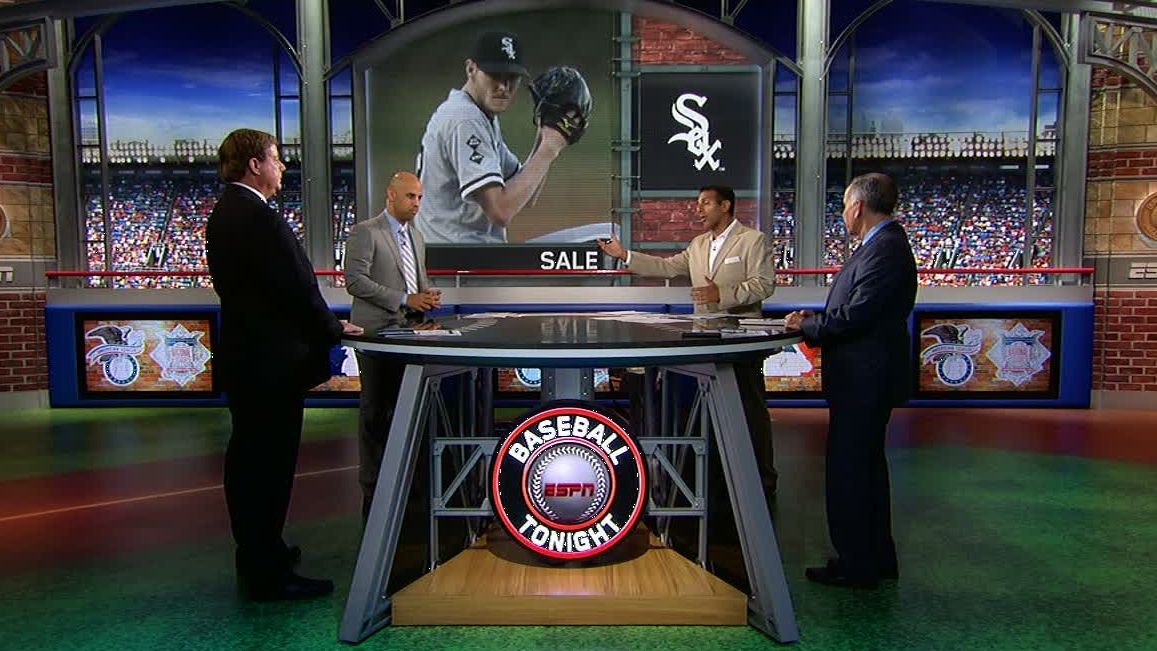