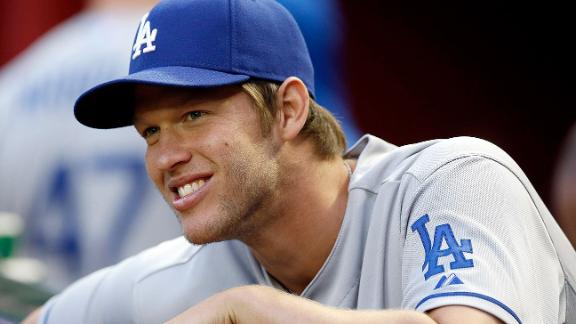 Clayton Kershaw became the first pitcher to win the National League Most Valuable Player award in nearly a half-century, coasting to an easy victory Thursday.

Kershaw, who also took home the NL Cy Young award for the third time Wednesday, is the first NL pitcher to sweep both awards since Bob Gibson in 1968.

The Dodgers ace beat out Miami slugger Giancarlo Stanton and Pittsburgh outfielder Andrew McCutchen for the honor announced Thursday. Kershaw got 18 of 30 first-place votes and 355 points in balloting by members of the Baseball Writers' Association of America.

Kershaw said he was shocked when his name was called on Thursday though fans had chanted, "MVP!" fairly routinely at Dodger Stadium late in the season when Kershaw was walking off the mound toward the dugout, something he said gave him goose bumps.

"You know you're a finalist, but I guess I never really anticipated to win that, especially when you're associated with guys like and Andrew and Giancarlo," Kershaw said. "To say you're MVP, I don't know if I could ever get used to that, but it's obviously a huge honor."

Stanton got eight first-place ballots and 298 points. McCutchen got four first and 271 points.

"When you see that 'most valuable' in front of something, to have people think you really mean that much to your team, it really is a huge honor for me," Kershaw told MLB Network immediately after the announcement. "It's one of the coolest things ever."

Gibson in 1968 was the previous pitcher to be the NL MVP. Detroit pitcher Justin Verlander won the AL MVP in 2011.

With Kershaw on the mound, Los Angeles went 21-4. They were only three games over .500 when anyone else pitched.

Kershaw won the major league season opener in Australia on March 22, then missed more than a month when a strained upper back put him on the disabled list for the first time in his career. Kershaw came back to win his second straight NL Cy Young and third in four years.

Featuring sharp breaking balls, Kershaw was the first pitcher to top the majors in ERA for four straight years.He led the majors in wins and ERA and had 239 strikeouts in just 198 1/3 innings. He also threw his first career no-hitter on June 18, when he had 15 strikeouts and did not walk a batter against the Colorado Rockies.

Kershaw was also a finalist for the Gold Glove award as well as the Cy Young and MVP accolades and is already three weeks into his offseason training regimen, though he has yet to begin a throwing program. His winter will look a bit different than his typical offseason since his wife, Ellen, is expecting the couples' first child in January. The past few winters, the Kershaws have traveled to Zambia, where they built an orphanage. Kershaw said the couple is excited for the birth of the child.

"We both know our world is going to change pretty soon and we're having fun getting ready," Kershaw said. "We're excited for it, but honestly, until you have kids, I don't think you can know what it's going to be like. This season should look a lot different for us."

Back in August, Dodgers manager Don Mattingly said he had changed his opinion on whether pitchers should be considered for the MVP. For years, he nursed a grudge that Roger Clemens had beaten him out for the 1986 MVP when he felt he had had a better season than his 1985 MVP campaign. Twenty-five years later and after managing Kershaw, Mattingly gained a greater appreciation for the impact a true ace can have on his team.

"The first year he won the Cy Young, we weren't very good, but the dude stopped every losing streak," Mattingly said. "You can't get guys like that. They're just so important."

ESPN.com's Mark Saxon, Jayson Stark and The Associated Press contributed to this report. Kershaw Returns To SportsCenter With MVP
Clayton Kershaw joins SportsCenter after becoming the first NL pitcher to win the MVP since Bob Gibson. 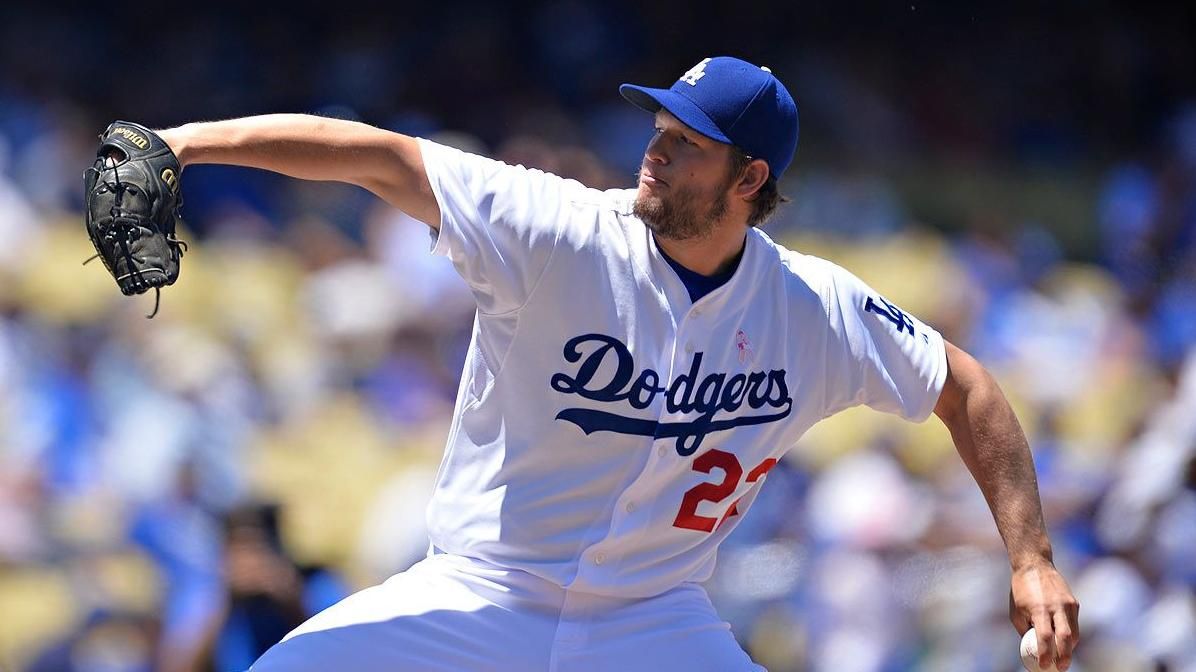