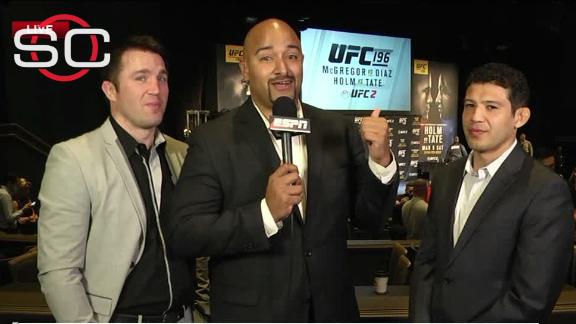 McGregor (19-2) is set to move up two weight classes Saturday night in a fight against Diaz (18-10), who accepted the bout on 10 days' notice. McGregor was originally scheduled to challenge Rafael dos Anjos for the UFC lightweight championship, but dos Anjos withdrew last week due to a broken foot.

That's left the UFC with little time to promote the new fight -- but that hasn't been an issue, as McGregor and Diaz have gone back and forth in consecutive news conferences. On Thursday, McGregor referred to Diaz as a "scared little boy" and said his close-knit team of "gazelles" wouldn't be able to save him this weekend.

When the two squared off at the end of the news conference, McGregor threw a quick left hook in front of Diaz's face. UFC president Dana White immediately grabbed Diaz and drew him away from McGregor.

Jake Shields, a former UFC fighter and longtime teammate of Diaz, was sitting in the front row and jumped on stage, as did Nate's older brother Nick and professional kickboxer Joe Schilling. On McGregor's side, movement coach Ido Portal quickly appeared on stage.

MGM security, UFC security, Diaz's bodyguard and armed police were all involved in separating the camps. No real scuffles materialized.

It was reminiscent of a brawl at the MGM between Jon Jones and Daniel Cormier in 2014. Those two were eventually fined for their involvement in that melee.

McGregor, Diaz stare-down turns scuffle
Only a few seconds into their UFC 196 stare-down, Conor McGregor slaps down Nate Diaz's arm and a short scuffle ensues before being broken up by UFC president Dana White and the police. 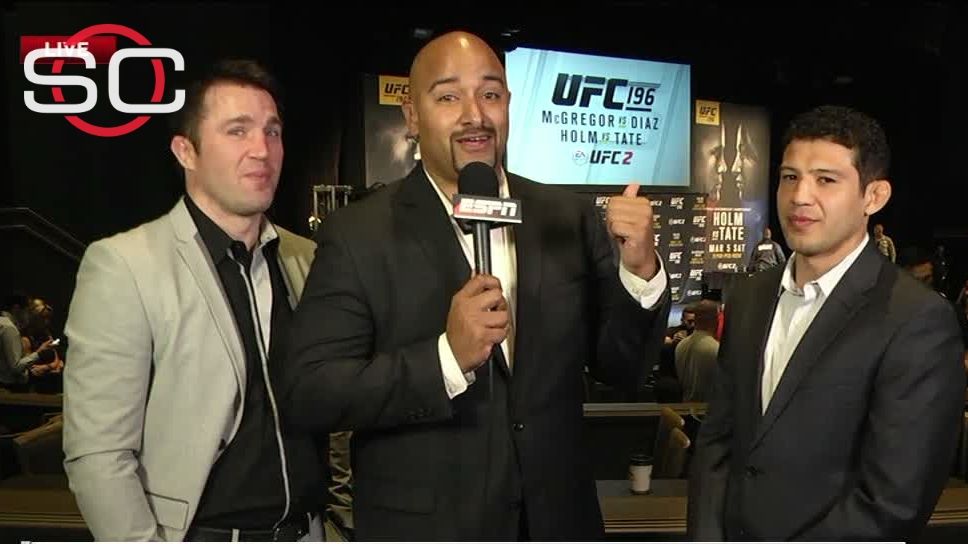 McGregor-Diaz confrontation good for hyping fight
Jonathan Coachman, Chael Sonnen and Gilbert Melendez react to the physical confrontation between Conor McGregor and Nate Diaz at the news conference before their UFC 196 matchup. 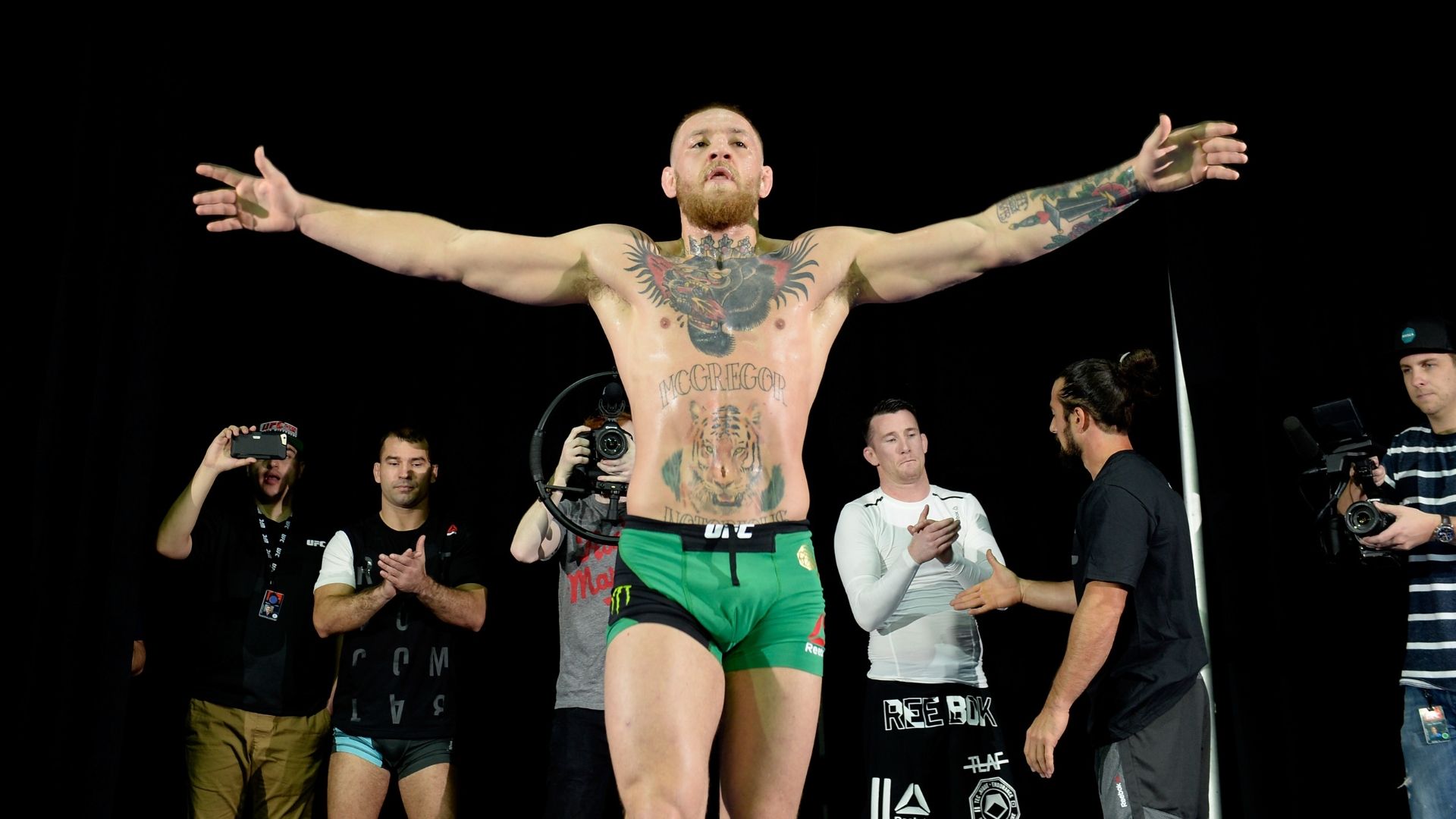