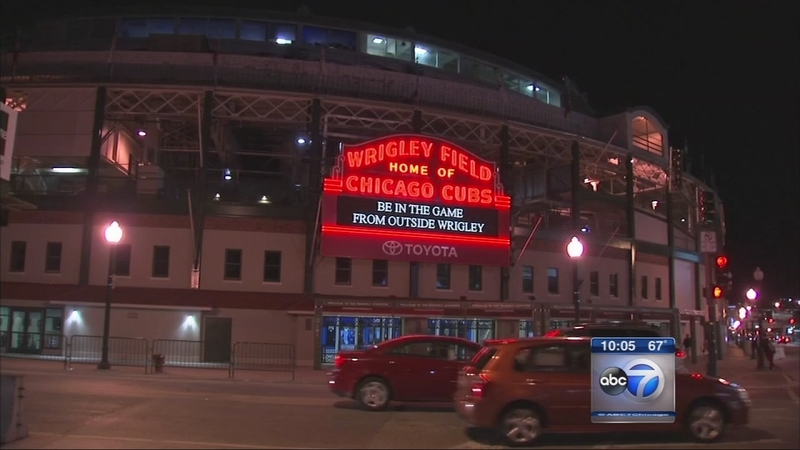 Cubs be Cardinas, could clinch division title at Wrigley Thursday

Anthony Rizzo hit a pair of home runs and Lester pitched eight dominant innings as the Chicago Cubs beat the St. Louis Cardinals 7-0 on Wednesday to clinch at least a wild-card playoff berth.

The Cubs improved their MLB-best record to 93-52 and their magic number is one to clinch their first National League Central title since 2008. Chicago secured a playoff berth because St. Louis and San Francisco are the only teams that could catch them in the standings, but since those teams open a four-game series on Thursday both teams wouldn't be able to do so.

The Cubs have an opportunity to clinch the National League Central title at home Thursday when they play the Milwaukee Brewers at Wrigley Field. Fans are excited.

"I can imagine postseason is going to be ridiculous," said fan Fia Torres.

"You know what, this is history right here, we need to see at least one game while they're going through the playoffs," said fan Will Torres.

Tickets to Thursday night's home game are still available. StubHub shows prices from $65 to more than $2,700, but fans have options.

"To be honest, the market was about $200 for this game," said Steve Buzil of SitClose.com.

Buzil said his phone is on fire, as longtime fans know something special is brewing.

"These are people that are 60 to 70 years old, they've gone through all of the highs and the lows and now this is the year they believe," Buzil said.

If you want to witness history Thursday night, Buzil recommends waiting until late afternoon when prices will drop.

And while Buzil said he's already sold a World Series ticket, he's not ready to call them the hottest ticket ever sold in Chicago.

While clinching at least a wild card spot is nice, the Cubs look forward to wrapping up the division at home this weekend, preferably Thursday.

"Let's do it," Maddon said. "The sooner, the better. Then we can make our appropriate plans going forward and really set things up to make our best push."