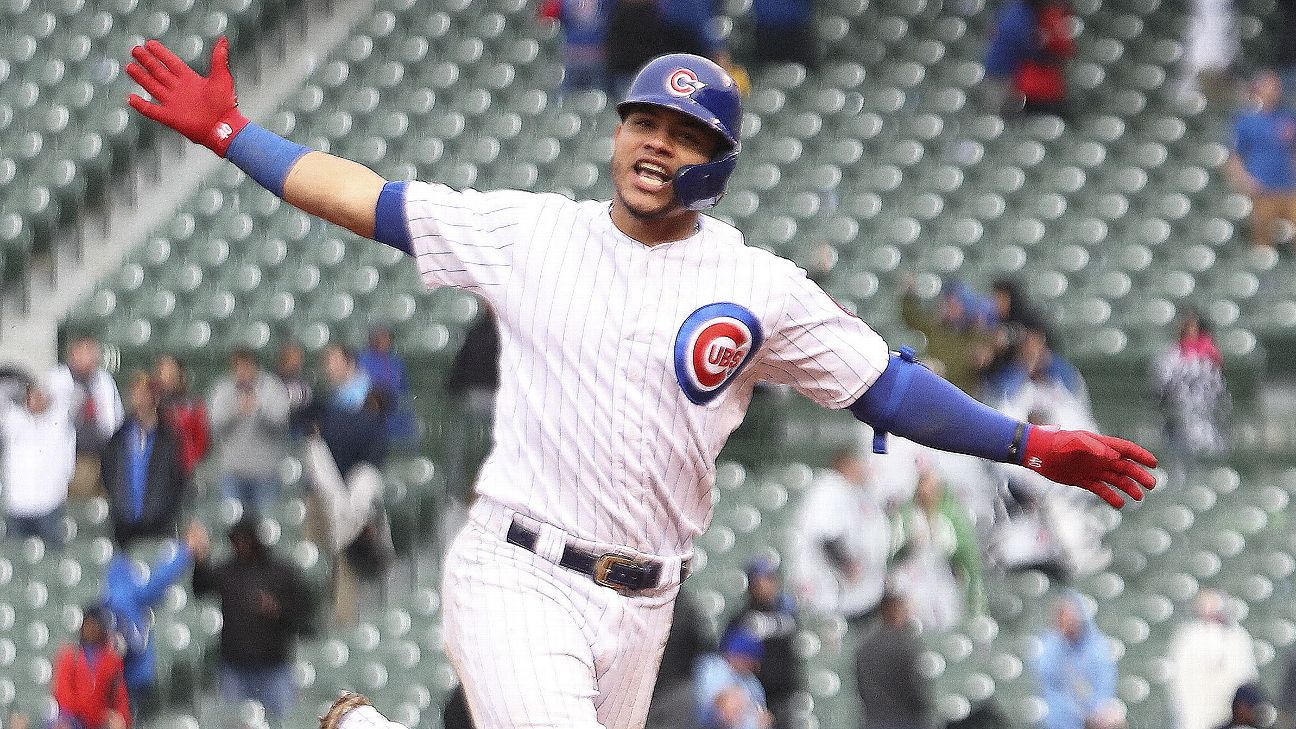 CHICAGO -- Everyone loves a redemption story, and the Chicago Cubs have two of them going on right now. Both showed up Saturday, with catcher Willson Contreras hitting a 15th-inning walk-off home run against the Milwaukee Brewers to make a winner out of formerly much-maligned pitcherTyler Chatwood.

Let's start with the right-hander, who came out of the bullpen to pitch four innings, keeping the Brewers off the scoreboard from the 12th through the 15th. Chatwood led the majors in walks last year, with 95 in 103 innings. The Cubs banished him to the pen, where he has reemerged and thrived this season. His walk percentage has gone from a whopping 20 percent to under 15, as he has been filling up the zone with some nastiness.

"Last year I knew I didn't lose my stuff," Chatwood said after the Cubs' 2-1 win Saturday. "I didn't have a good year, but my stuff was still there. I had some of the best stuff but wasn't able to throw it over the plate."

It's true. Chatwood can spin the ball with the best of them while firing up a 97 mph fastball. Finally, that has come into play for him in a Cubs uniform, and the team is reaping the unexpected rewards.

The same can be said of Willson Contreras, who hit just 10 home runs last season. Guess what? Saturday's walk-off long ball was already his 10th of 2019.

Where Chatwood has done a good job of making a bad number get smaller, Contreras is doing the opposite, making a small number get really big. His home run rate has jumped from 1.8 percent to more than 7 percent.

"To be honest, I didn't think about having a great start like this one," Contreras said. "I did put my focus and work into [a better] mindset. That took me out of my game plan last year. I put a lot of pressure on myself to match the homers or RBIs from the year before. It didn't work out, but I was glad I was able to fail that way and learn from it."

Entering the season, both Contreras and Chatwood were considered X factors on the Cubs' roster. Fans had some faith that the catcher could return to form, but there was little hope for Chatwood. He worked hard in the winter to turn his career back around.

"I'm seeing the benefits," Chatwood said. "I just have to keep going."

The same can be said for the Cubs, who snapped Milwaukee's seven-game win streak on Saturday. The NL Central race is so tight that no team can afford a tilted season series against one opponent. The Brewers had been trending in the right direction against the Cubs, winning three of four games to begin this season after taking the division title in Game 163 last year. If Saturday is a good indication, though, the final 14 games between these two teams should be plenty of fun.

On this day, the guy who had to crouch for 15 innings said, "Enough is enough." Through a drizzling rain -- and to the delight of his starting pitcher on the day -- Contreras continued to make his comeback tour epic.

"I know the type of power that he has and the threat that he is," Cole Hamels said, still cold from a long, freezing spring day. "We were all talking about. I don't think he wanted to go out there for a 16th inning." 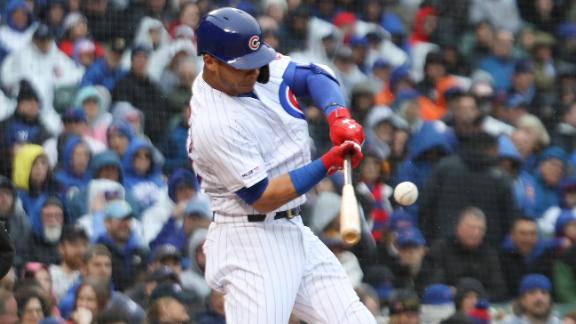