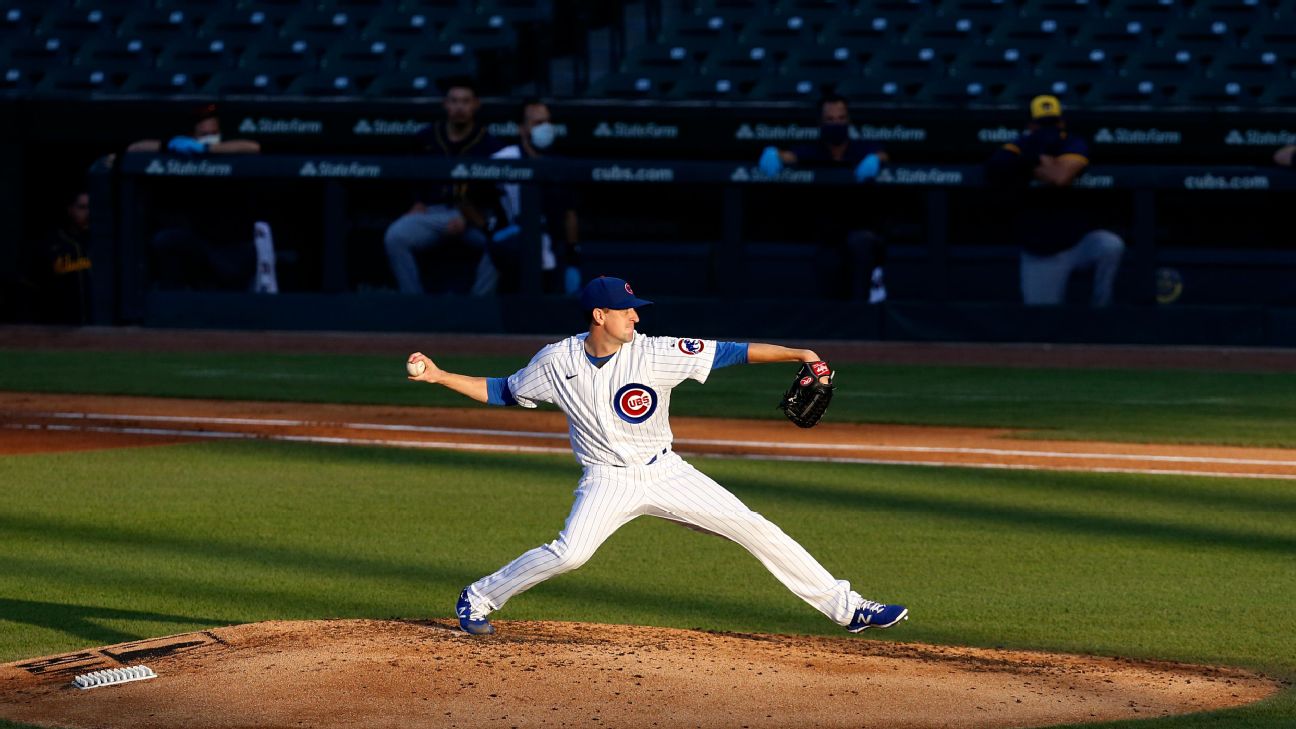 It was also the first Opening Day complete game by a Cub since Bill Bonham accomplished the feat in 1974, and it earned new manager David Ross his first win.


"That's what means the most to me," Hendricks said after the game. "I told him I was going to go out there and get his first win."

Hendricks was masterful, striking out nine without issuing a walk, becoming only the second pitcher in the past 30 seasons to throw a complete game shutout without a walk on Opening Day. He gave up three singles, all to Milwaukee shortstop Orlando Arcia. With two outs in the ninth inning, Ross went to the mound with a man on first base after Hendricks passed the 100-pitch mark.

"They [the players] said the only reason I was going out there was to get a cheer," said Ross, fully aware there were no fans. "They gave it to me on the way back. I just wanted to check his pulse."

One pitch later, the game was over as Keston Hiura grounded into a force play. Center fielder Ian Happ caught one ball in the outfield, as Hendricks made it an easy game on defense.

"I basically could have sat down out there," Happ said.


Hendricks went outside the organization during the winter, working with high-performance trainer Eric Cressey to get stronger. He kept his arm strength up during the shutdown, leading to his first Opening Day start. Going into it, he said he was confident he could throw 100 pitches. He ended up throwing 103, none of which reached 90 miles per hour.

"That's what he does, but I think he did it as good as he could do it today," Brewers manager Craig Counsell said.

Happ and Anthony Rizzo homered to back Hendricks' masterpiece, which took only 2 1/2 hours. Even Hendricks was surprised how good he was.