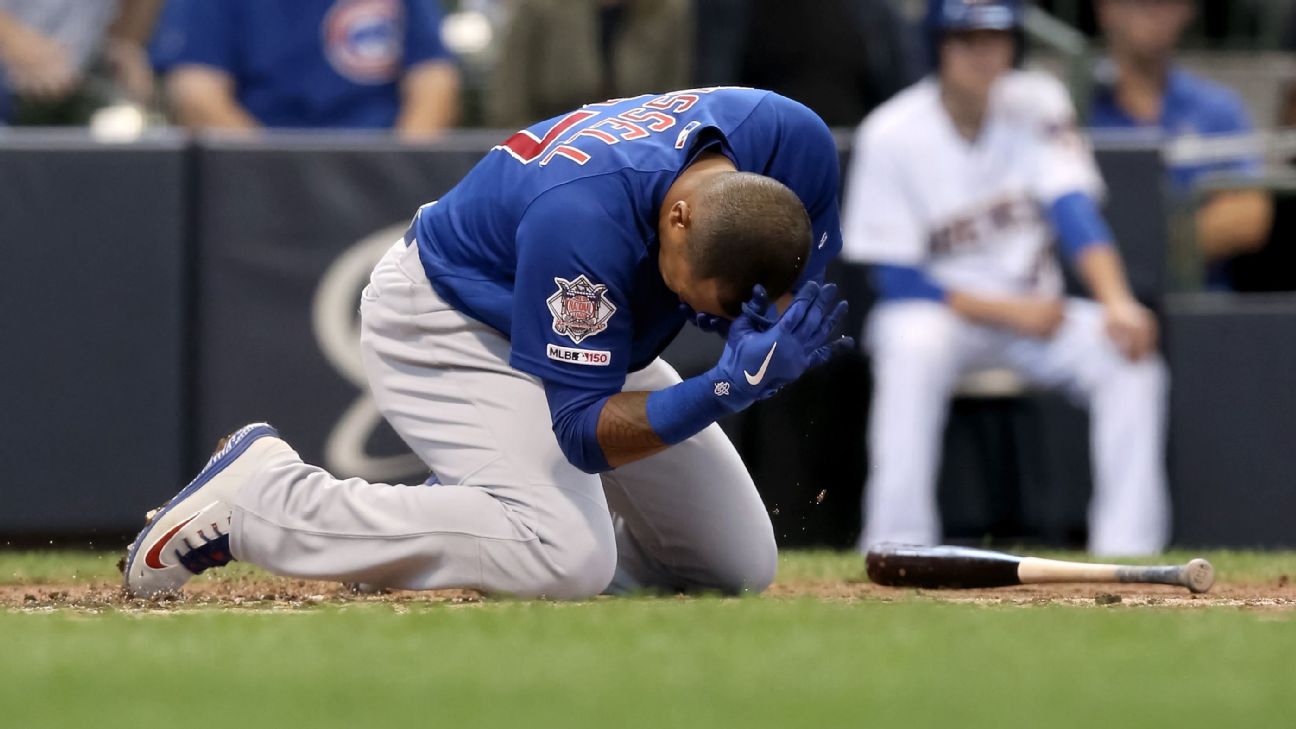 MILWAUKEE -- Chicago Cubs shortstop Addison Russell left Sunday's game against the Milwaukee Brewers after getting hit in the face by a pitch from right-hander Adrian Houser in the top of the third inning.

Russell initially stayed in the game but came out after he scored.

"By the time he got to first base he felt like he was good," manager Joe Maddon said. "I saw the same thing. ... When he came back in they wanted to take a better look at him, so we got him out of the game at that point."

After the game, the Cubs said Russell sustained a nasal bruise and was being evaluated for concussion symptoms. He will travel to San Diego, where the Cubs play their next series, but it's unclear if he'll play Monday.

"His eyes were watery," Maddon said. "But he was fine when he got to first base, but when the adrenaline lessened up he didn't feel as good."

Russell, 25, was hit by a fastball on a 1-2 pitch and was attended to at home plate, then again at first base, and took a few sprints to see whether he could continue. Eventually, he scored the Cubs' first run but didn't come out to play shortstop in the bottom of the inning.

The Cubs have already lost starter Javy Baez to a thumb injury; Russell has played shortstop in the past week in his place. David Bote took over in Russell's spot while Ian Happ entered the game at third base, where Bote had started. Bote is likely to start at shortstop Monday.

Maddon called his situation at that position "suboptimal" after injuries to the only two natural shortstops on the team.

The Cubs had one bright spot in the loss as left-hander Danny Hultzen, the No. 2 overall pick in the 2011 draft, finally made his major league debut after years of injuries. Hultzen hit Christian Yelich to begin his career but eventually struck out the side in the seventh inning.

"It's hard to remember every single detail just because it was all a little bit of a blur," a smiling Hultzen said afterward. "Once I threw that first pitch it was baseball again."