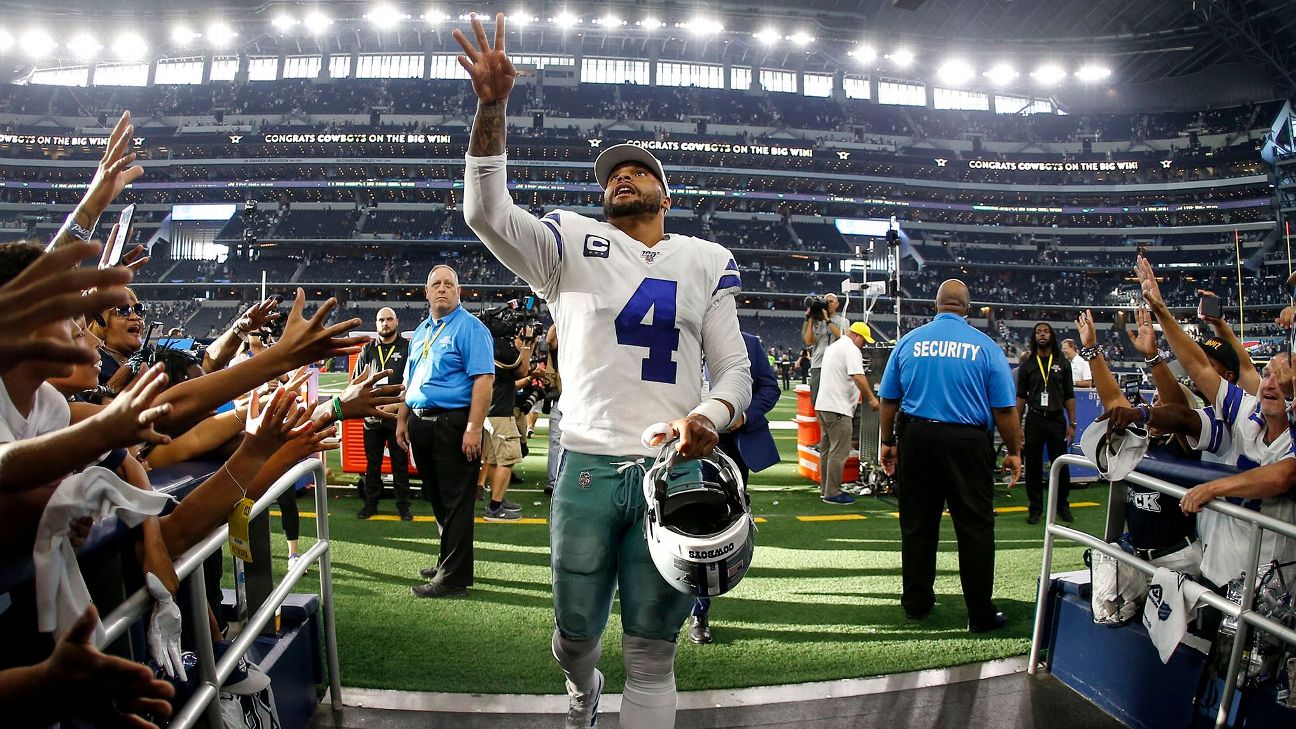 Viewership of the NFL's Week 1 games rose 5% compared to 2018, the league announced Wednesday. The rise included a 43% spike in digital streaming.

The news extended a ratings rebound that began last season, when the NFL said its television ratings had risen 5% while digital viewership was up 86 percent. Traditional broadcast ratings had dropped in both the 2016 and 2017 seasons.

The league attributed part of this year's rise to 90 touchdowns scored in 16 games, the most in Week 1 in league history.

Three anticipated matchups also drove viewership. An average of 24.2 million viewers took in the Dallas Cowboys' opener against the New York Giants, while an average of 22.9 million watched the Sunday night game between the Pittsburgh Steelers and New England Patriots. An average of 22.7 million tuned in for the Sept. 5 kickoff game between the Green Bay Packers and Chicago Bears. Viewership includes both television and digital streaming.