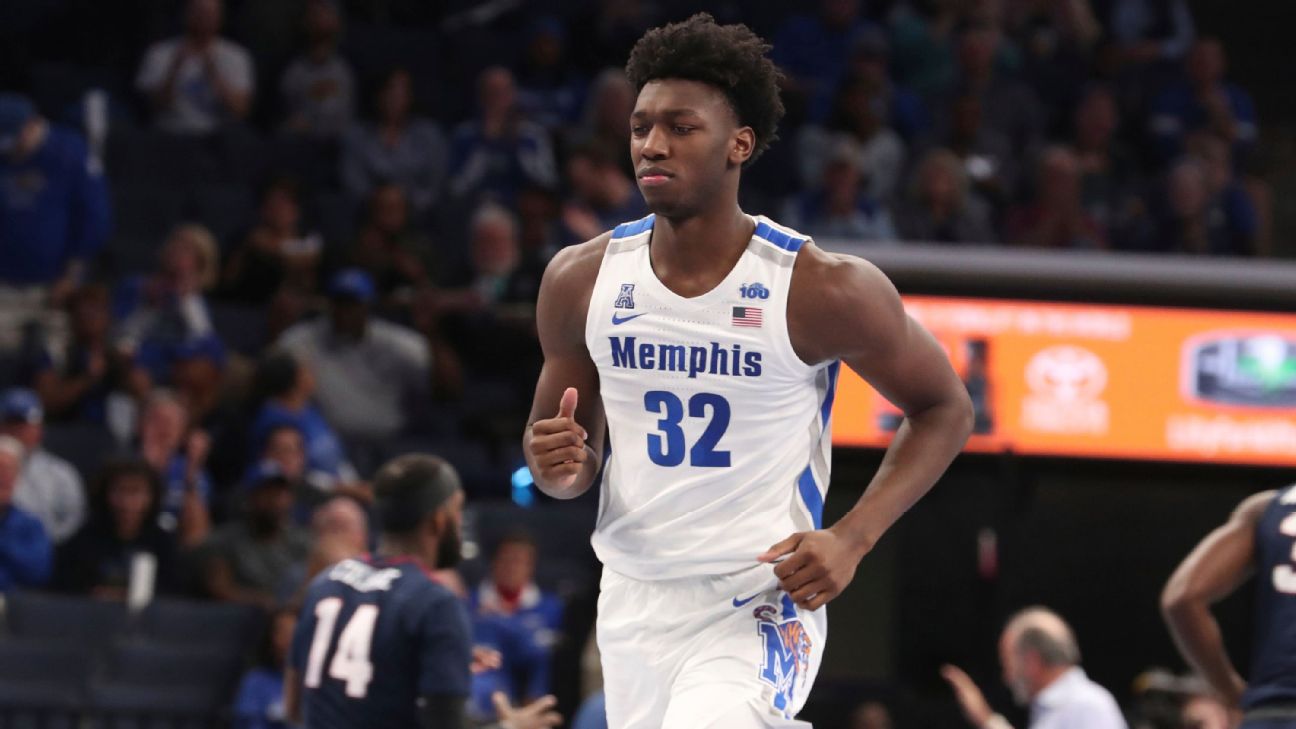 Well, the 6 p.m. Friday news dump is undefeated. This time, it might have shifted the entire college basketball landscape.

It has been a wild day.

Catch James Wiseman ... while you can?

Penny Hardaway's latest class of talent features multiple five-star players who have fueled a palpable buzz in Memphis and generated legit chatter about a possible run to the Final Four and, perhaps, a national title. By 6 p.m. ET on Friday, however, the NCAA threatened to permanently temper those expectations as James Wiseman, ESPN's top recruit in the 2019 class and the projected No. 1 player in 2020 NBA draft, was deemed ineligible.

Minutes later, Memphis rebuked that ruling and said Wiseman would play against Illinois-Chicago on Friday night after a judge granted the school a restraining order to temporarily delay the NCAA's ruling.

Per Wiseman's attorney, Leslie Ballin, the issue centers on $11,500 in moving expenses Hardaway provided to Wiseman's family prior to becoming head coach at Memphis. The NCAA, which said Hardaway was a booster then, released a statement during Memphis' 92-46 win over Illinois-Chicago that said it had informed the school that Wiseman was "likely ineligible" and also said the school was "ultimately responsible" for his eligibility.

Translation: Play him at your own peril.

Why does this matter? Wiseman is a phenomenal player who recorded 28 points, 11 rebounds and 3 blocks in his team's season-opening win over South Carolina State. Boogie Ellis got hot in the team's win over Illinois-Chicago on Friday night and pushed his squad, but Wiseman was still a force (17 points, 9 rebounds, 5 blocks). A left-handed block above the square on the backboard showcased his rare collection of size (7-foot-1, 240 pounds), athleticism and skills.

Although a Nov. 18 hearing has been scheduled to address the matter, an official date will be determined according to what's convenient for all parties, said Randy Fishman, Wiseman's co-counsel.

This is a fluid situation. And it's an issue that could shake up the national scene in college basketball.

Through two games, Wiseman has looked like a prodigy even among a roster full of basketball wunderkinds. But we're not sure how much longer we'll see him on a college basketball court.

Hardaway's arrival and the recruitment of an elite class created a level of hype the school had not enjoyed since John Calipari left town. And now, it all comes to halt as we await the outcome of Wiseman's eligibility saga.

Roy Williams is all-in on the Cole Anthony Show

In the second half of the Tar Heels' 78-62 win over UNC-Wilmington in Chapel Hill on Friday, Cole Anthony raced down the floor, drove to the rack and dunked in the most explosive sequence of the night. On the sideline, Roy Williams seemed to appreciate the moment. It took only two games to reveal that Williams is comfortable giving Anthony, a projected top-five pick in next summer's NBA draft, as much freedom as any freshman has enjoyed under him.

Following his record-setting performance (34 points, 11 rebounds and 5 assists) in Wednesday's 76-65 win over Notre Dame, the standout freshman paced North Carolina with 20 points, 10 rebounds, 3 assists and 2 steals. He wasn't efficient in the 7-for-24 effort. But he took 33% of UNC's shots against UNC-Wilmington two days after taking 40% of UNC's field goal attempts against Notre Dame. And Williams does not seem to mind.

Anthony clearly has the green light.

Time to panic at Northwestern after one game?

Sure, Northwestern's season just started. But, um, Chris Collins and the Wildcats lost by double digits (71-61) to Merrimack University, which was a Division II program last season but commenced its four-year transition to Division I athletics this season. In Merrimack's Division I debut, it suffered an 84-64 loss to a Maine team that finished 5-27 last season.

Remember when Northwestern reached the NCAA tournament for the first time and we thought Collins might one day replace Mike Krzyzewski at Duke. Well, a lot has changed since then.

3 Things for the coming days

It's no secret Shaka Smart has never encountered this level of scrutiny. But the chatter about his future could get quieter if he conquers the tough matchups on his team's nonconference slate. Saturday's game at Purdue could set the tone for Smart's season. The Boilermakers could be an NCAA tournament team. A win over Texas could help their résumé, too. But a victory for the Longhorns would shift the narrative about their potential under Smart in 2019-20.

We get an intriguing matchup between a pair of elite guards and NBA prospects on Sunday when Arizona freshman Nico Mannion and Illinois sophomore Ayo Dosunmu (13.8 PPG in 2018-19) square off. Illinois has been a popular sleeper pick in the Big Ten after last season's 12-win tally because Dosunmu, the No. 30 pick in ESPN's mock draft, returned. And Mannion, projected to be the 10th pick in ESPN's mock draft, leads a group of young talent under Sean Miller that hopes to compete for a Pac-12 title. The headliners are both exciting players. This should be fun to watch.

In-state battle in the Sunshine State

It's too early to suggest that any team needs a win, but Florida State's road loss to Pitt on Wednesday did little to back projections that it could return to the NCAA tournament, despite losing more than 48 points per game from last season's Sweet 16 squad.

On Sunday, Leonard Hamilton's team will travel to Gainesville to face rival Florida, a sexy national title pick. A loss to a Florida team that's shooting for an SEC title and a trip to Atlanta in April wouldn't be shameful. A win, however, would help Florida State forget about its rocky start in a loss to a Pitt squad that was picked to finish 10th in the ACC in the preseason poll. 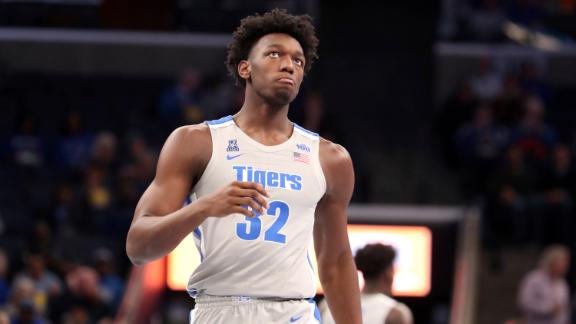 Wiseman suits up vs. UIC, scores 17 points
After a restraining order allows James Wiseman to play against UIC, the heralded freshman tallies 17 points, nine rebounds and five blocks in a win. 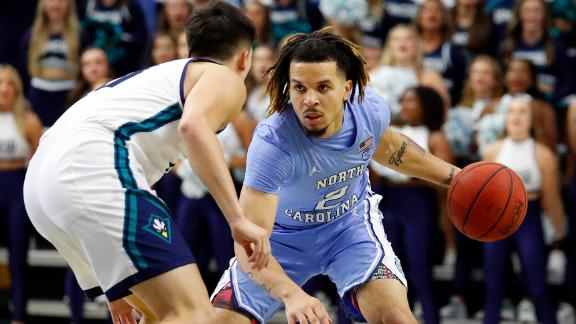 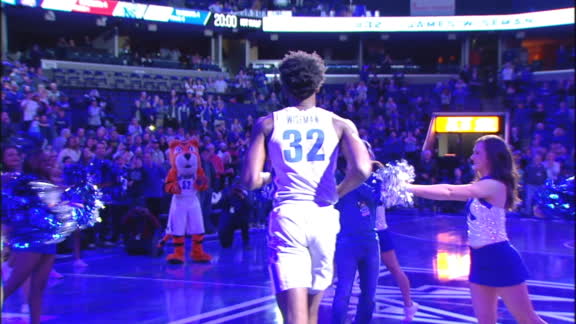