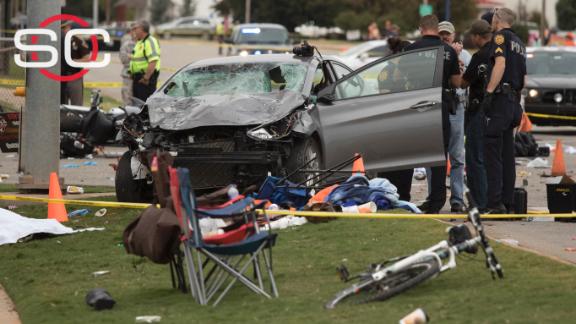 STILLWATER, Okla. -- A driver plowed into a crowd of spectators Saturday during the Oklahoma State homecoming parade, killing four people -- including a toddler -- and injuring almost four dozen others, police said.

Stillwater police Capt. Kyle Gibbs said the woman's sedan struck an unoccupied motorcycle of an officer, who was working security at the parade, then went into the crowd. The woman, Adacia Chambers, 25, of Stillwater, was taken into custody on a charge of driving under the influence, and Gibbs said investigators were awaiting the results of blood tests to determine whether she was impaired by drugs or alcohol.

Oklahoma University Medical Center and The Children's Hospital announced in a statement Saturday night that a 2-year-old boy was the latest to die from injuries caused by the morning crash.

Gibbs said Sunday that 23-year-old Nakita Prabhakar, 65-year-old Bonnie Jean Stone and 65-year-old Marvin Lyle Stone were killed in the crash. The name of the 2-year-old boy who died was not provided.

Gibbs said 47 other people were injured in the collision, including five who remained in critical condition early Sunday.

"We treat these like we would any homicide investigation," Gibbs said. "It'll probably take several days to get additional information as to the cause of the accident."

Oklahoma State president Burns Hargis said there had been discussion about canceling the homecoming game Saturday afternoon against Kansas, but it was played as scheduled. The flag at Boone Pickens Stadium was lowered to half-staff, the victims were remembered with a moment of silence before kickoff, and most of the OSU players knelt on the sideline in prayer.

"We knew we still had our jobs to do, and we touched on it in our prayer before the game, that God was giving us this opportunity to shed a little light in some darkness,'' quarterback J.W. Walsh said after the game. "We were able to do that, and to maybe lighten the mood, just kind of take everybody away from it for a couple of hours.''

Even as the game began, some of the bodies remained at the scene of the crash less than three blocks from the stadium. National Guard troops kept watch as officials with the Red Cross and state medical examiner's office continued their work.

Hundreds of fans wearing the school's bright orange and black colors were forced to walk by the intersection as they headed to the game. Some lingered to look at the aftermath -- water bottles, blankets, lawn chairs and other items strewn all over the intersection. A gray car with a smashed side and a shattered windshield remained at the scene, as did a crumpled motorcycle.

"I just saw smoke and saw the panic in people's faces as they ran away from the scene," said Geoff Haxton of Tulsa, who attended the parade with his children.

Another spectator, Konda Walker, from Anchorage, Alaska, told the Stillwater News Press that some people initially thought the crash was part of the show.

"People were flying 30 feet into the air like rag dolls," Walker told the newspaper.

Oklahoma State commented on the tragedy Saturday on Twitter.

It's not the first tragedy connected to Oklahoma State sports programs. Ten people, including two OSU men's basketball players, were killed in a 2001 plane crash while returning from a game in Colorado. In 2011, Oklahoma State women's basketball coach Kurt Budke and assistant Miranda Serna were among four killed in a plane crash in Arkansas while on a recruiting trip.

"The families, I know, and these victims will never be able to understand this, nor will we," Hargis said. "But the Cowboy family pulls together. Unfortunately we've had to do it before, and we're going to do it again." 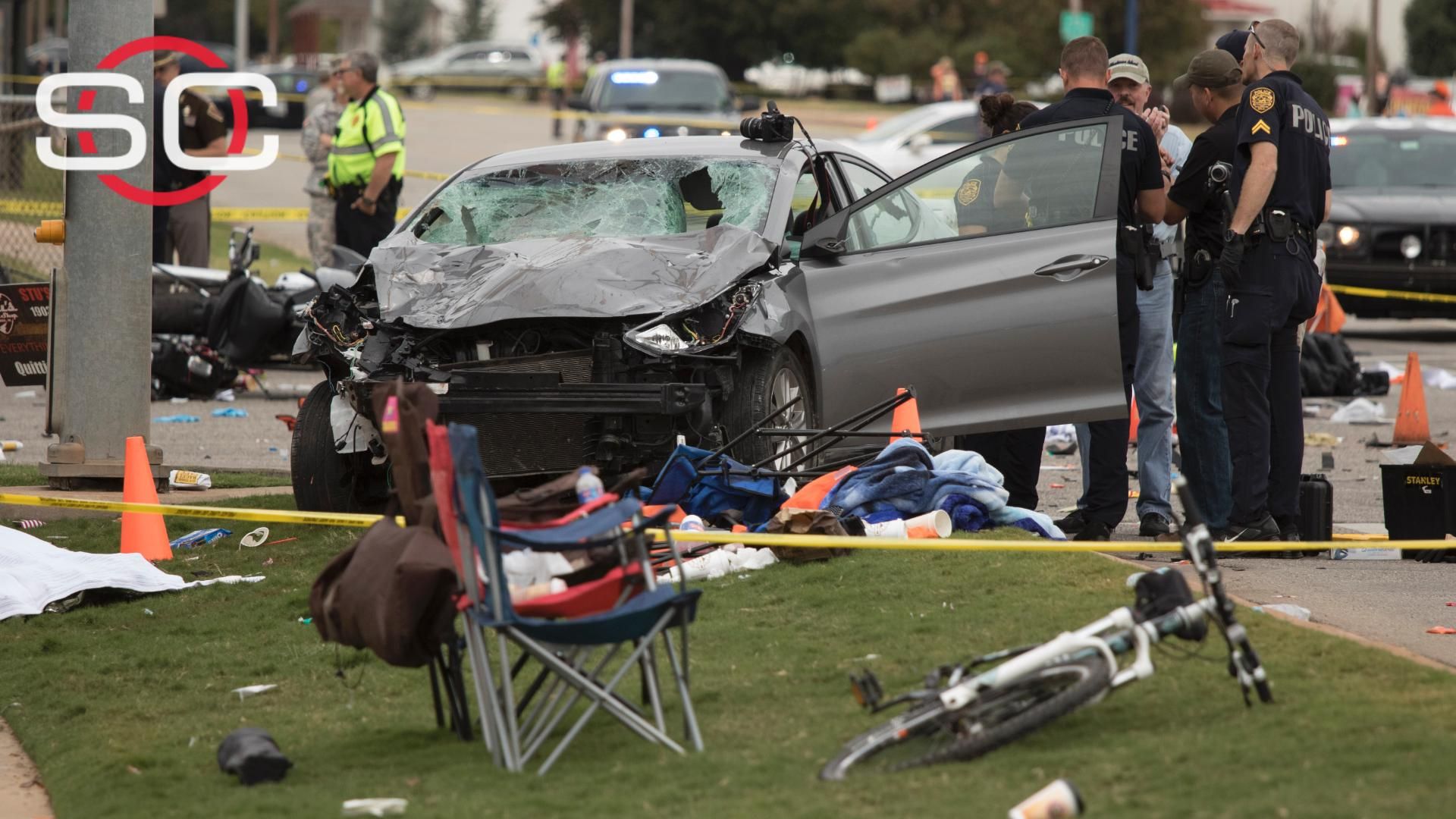 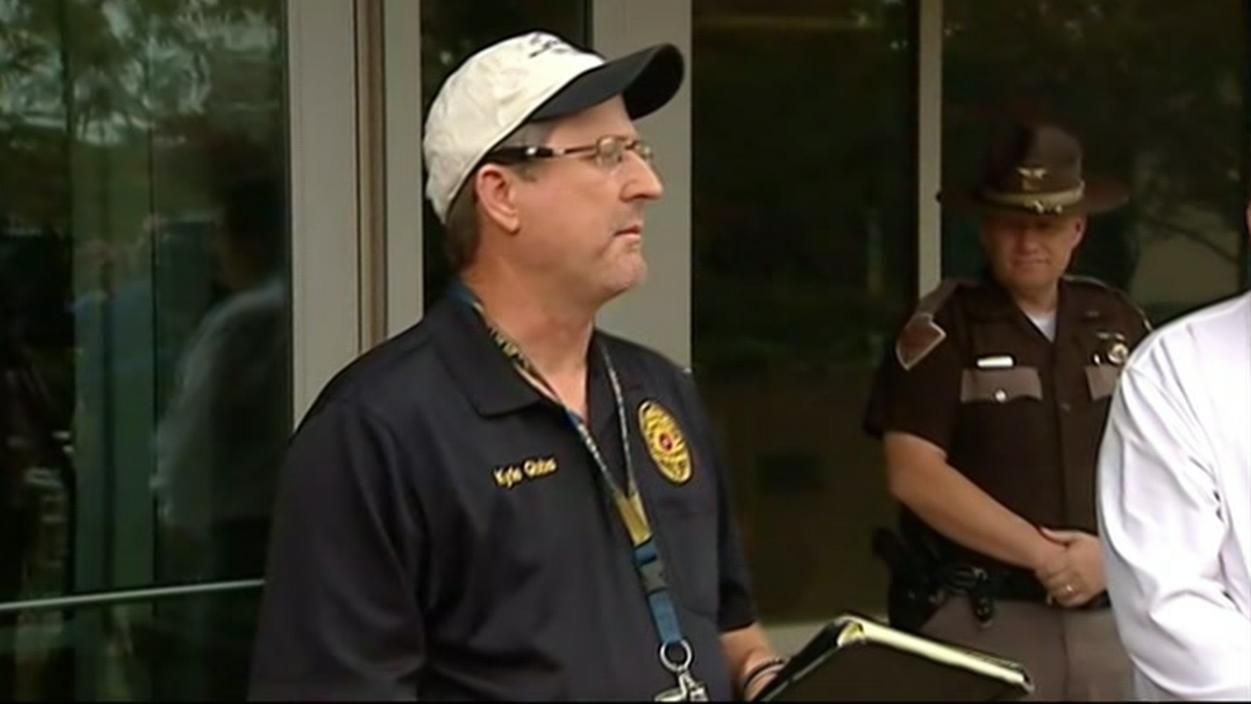