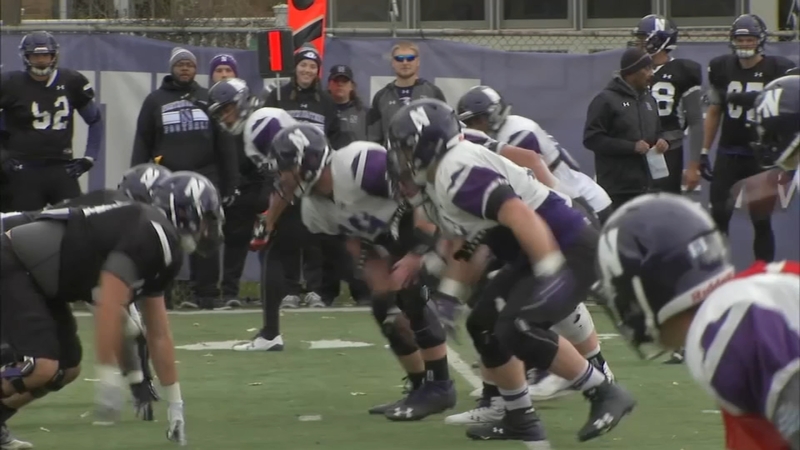 "They are the source of this great amount of money that is making head coaches fabulously wealthy, they deserve at least the opportunity to make some money off their name, likeness and image," said Marc Ganis-Sportscorp President.

In Illinois, that is about to change. Under a new bill passed in Springfield and expected to be signed by Government Pritzker, college athletes will be able to independently profit from endorsements

"This is about giving our student athletes the opportunity that everyone else has to be justly compensated for the use of their name, likeness, image and voice," said State Rep. Kam Buckner (D) Chicago.

The legislation is personal for Buckner as the bill's chief sponsor. Buckner is a former football player at University of Illinois. He said he hopes the legislation will entice athletes stay in college rather than going pro but sports business consultant Marc Ganis has some major concerns..

"There are some real concerns as to whether the athletes are going to get abused in by unscrupulous adults, many of these kids are 17,18,19." Said Ganis.

To make sure students athletes are not taken advantage of once they start profiting from endorsements, Buckner said there is language in his bill that requires colleges and universities to provide safeguards for their athletes.

"Each university is going it have folks working in their compliance office in their athletics department who are going to specifically tasked with dealing with this," said Buckner.

Illinois is the first in the Midwest to pass an endorsement bill. It joins a handful of other states including California but to level the playing field for all universities and colleges, Ganis said Congress must pass national legislation, something the NCAA is pushing for as well.

"Without that we are going to have a wide range of different interests, we will have some athletes going to make a lot of money in certain places and not in others," said Ganis.