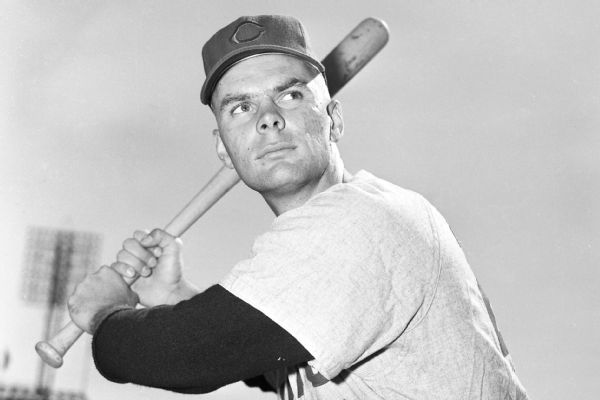 TUCSON, Ariz. -- Jerry Kindall, the first man to win College World Series titles as both a player and a head coach, died Sunday night. He was 82.

The University of Arizona said Kindall died of complications from a stroke suffered Thursday.

Kindall coached Arizona to national titles in 1976, 1980 and 1986 after starring at shortstop on the University of Minnesota's 1956 championship team. He spent nine seasons in the major leagues with the Chicago Cubs, Cleveland Indians and Minnesota Twins.

"Some people talk the talk. He walked the walk," said Cleveland Indians manager Terry Francona, a member of the 1980 championship team. "He lived his life just like you're supposed to. It's easy to say things, but he lived it.

"In a nutshell, he taught us not only to respect the game of baseball, but respect the people in the game. That was the most valuable lesson any of us learned. He taught us how to act and treat people.''

"This is a sad day for Arizona baseball,'' current Wildcats coach Jay Johnson said. "Jerry Kindall is one of the greatest college baseball coaches of all-time, but he was much more than that. I don't think there is anyone that was held in higher regard for the person that they were as Coach Kindall was. He was almost a larger-than-life person, and when you talk about being an elite coach, and more importantly, an elite person, he was and will continue to be the standard. I am honored to be a part of the program that Coach made so great for so long."

Mike Gillespie is only other man to win titles and a player and coach. He won as a player at Southern California in 1961 and as the Trojans' coach in 1998.

"Saddened and stunned to hear of the passing of Jerry Kindall,'' former Twins teammate Jim Kaat tweeted. "A friend. A wonderful teammate. A gentle and kind man of deep Christian faith. And a coach that impacted many lives. A life well lived.''