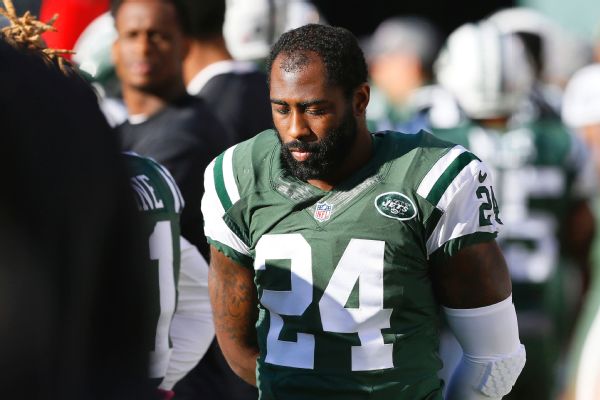 Police charged Revis with two felony counts of aggravated assault, one felony count each of robbery and conspiracy, and a misdemeanor count of terroristic threats.

Revis' attorney, Blaine Jones, told ESPN that he was trying to reach the four-time All-Pro by phone Thursday night to arrange for him to surrender to police. It was unknown whether Revis had turned himself in.

The incident occurred at 2:43 a.m. ET Sunday on Pittsburgh's popular South Side. Two men, ages 21 and 22, told police that Revis punched them amid a verbal altercation. Witnesses said the two men were unconscious for 10 minutes, according to police.

Revis, who grew up in Aliquippa, Pennsylvania, and starred at the University of Pittsburgh, required medical attention, Jones told ESPN. The attorney declined to reveal the nature and severity of any injuries.

A Jets spokesman said Thursday that the team was aware of the incident and had spoken to Revis. A source told ESPN's Ed Werder that coach Todd Bowles was among the officials who discussed the incident with Revis.

NFL spokesman Brian McCarthy said the league would look into the matter.

According to police, Dallas Cousins, a 22-year-old from Kittanning, Pennsylvania, was walking on a street when he spotted someone who resembled Revis. Cousins confronted Revis, who acknowledged his identity. At that point, Cousins began recording video on his cellphone and continued to follow the NFL star.

"At some point, Revis snatched the cellphone away and attempted to delete the video," the police statement said.

According to the police statement, Revis tossed the cellphone onto the street. Zacheriah Jarvis, a 21-year-old from Ross Township, Pennsylvania, who is Cousins' roommate, helped retrieve it. An argument ensued. An unidentified man came to help Revis. The other men told police they "were punched, then remember waking up to talk to police."

A witness, Nathan Watt, told police that Revis approached him after Cousins and Jarvis were knocked out. Watt quoted Revis as saying, "I got more guys coming." The complaint added that Revis "stepped within a foot of his face with an aggressive demeanor on his face, fists clenched, and stated, 'Do you want to be next?'"

Watt said he didn't know whether Revis or the man who helped him knocked out Cousins and Jarvis, telling police, "I don't know. It happened so fast."

Officers viewed the cellphone video at the scene and confirmed the person in it was Revis. Police said the video "shows Revis walking away from the group and Cousins following him, describing what Revis is wearing. The video then shows Revis standing in front of the White Eagle Bar and stating, 'Why are you following me?' several times before the video stops."

The men saidthey later took themselves to the hospital and that Cousins was diagnosed with an orbital floor fracture.

Revis and the unidentified male fled the area in a truck, Watt told police.

Three calls were placed to 911, including one from Cousins. A cab driver and a resident also called 911, both saying they saw two men unconscious in the street.

Jones said Revis had returned home to Pittsburgh to visit family and friends and stopped by a location on the South Side that he is in the process of developing. Asked by reporters Thursday night why Revis was there at such a late hour, Jones said his client "didn't want to be around a lot of people" while looking at the real estate investments and "kind of wanted to do it on his own terms."

Revis was "physically assaulted while at the location by a group of at least five people," Jones said.

The attorney said Revis was shoved by one of the men and attempted to walk away. The man who pushed Revis, he said, yelled at him. At that point, Revis knocked the cellphone out of the man's hand, according to Jones.

"It's my understanding that when Darrelle turned around, he wasn't sure whether it was a weapon or a phone," Jones told reporters. "He didn't know. He just knows he left, these guys were saying his name, he turns around and sees an object, and he wasn't sure what it was or whether he was going to get robbed or assaulted or what.

"He feared for his safety."

Jones said Revis still hasn't been afforded a chance to give a statement to police. He said multiple requests to view the cellphone video haven't been granted.

"The bottom line is, Darrelle Revis was the victim in all of this," Jones told ESPN in a phone interview. "He never went out to start a fight. He has stellar credibility."

Revis, one of the NFL's most accomplished players, is facing an uncertain future with the Jets. After a disappointing season -- he called it the worst of his career -- the 31-year-old Revis could be a salary-cap casualty in the coming weeks; he's due a $2 million roster bonus on March 11, plus another $13 million in base salary (including $6 million guaranteed).

Revis acknowledged he reported to training camp last season out of shape, contributing to his slow start. He has vowed to rebound in 2017, even saying he's willing to switch to safety.

The Jets have been tight-lipped about Revis' status, even before last weekend's incident.

Revis, who spent one year apiece with the Buccaneers and Patriots, made a triumphant return to the Jets in 2015, signing a five-year, $70 million contract. Since then, he has struggled to reach the standard he set from 2007 to 2011, when he was regarded as the best cornerback in the league. 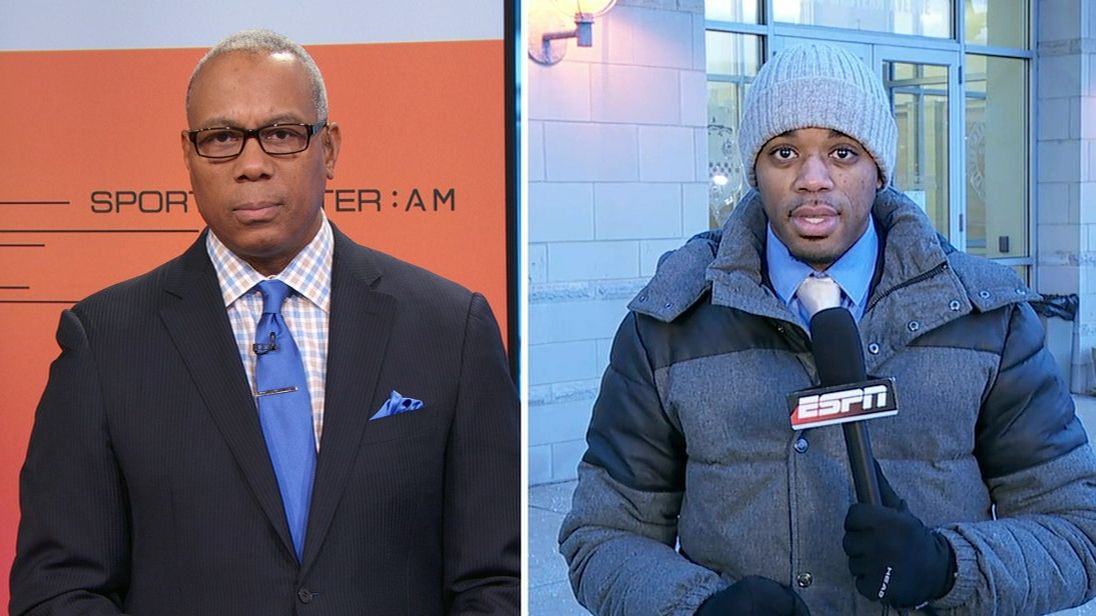 Revis expected to turn himself into authorities
Darrelle Revis' lawyer, Blaine Jones, says Revis is the victim in the altercation that led the Pittsburgh police to charge the Jets cornerback with four felonies and a misdemeanor. 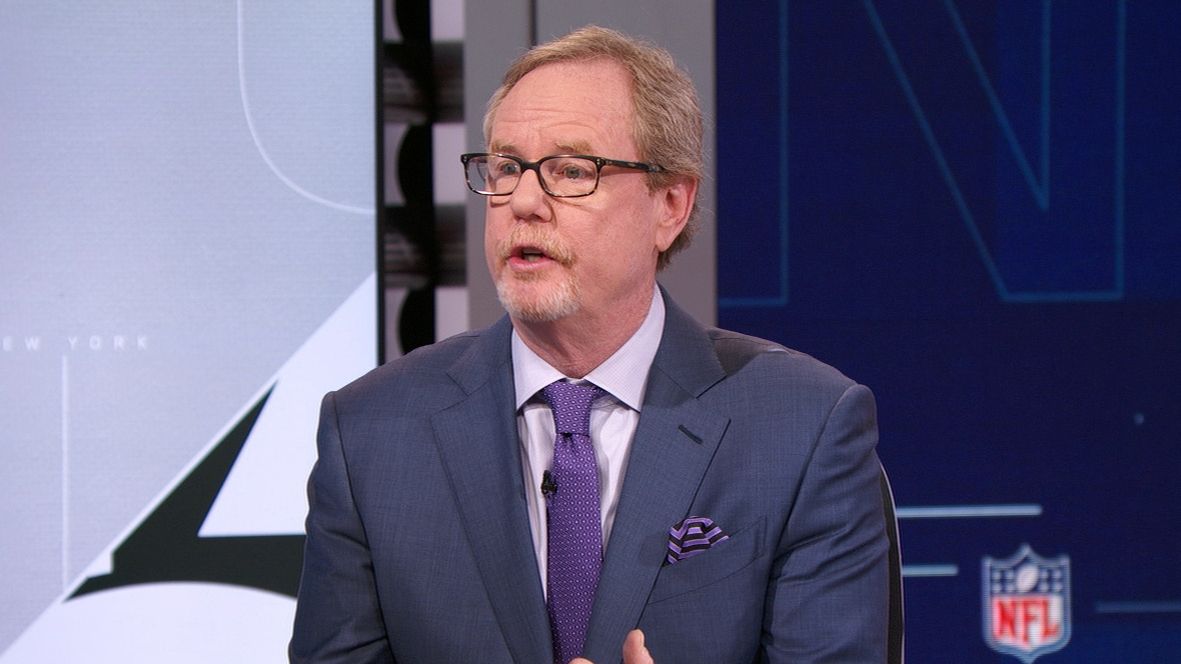 Revis' NFL future in jeopardy amid legal troubles?
Ed Werder details the effects Darrelle Revis' new felony charges present to his contract with the Jets and his future in the NFL. 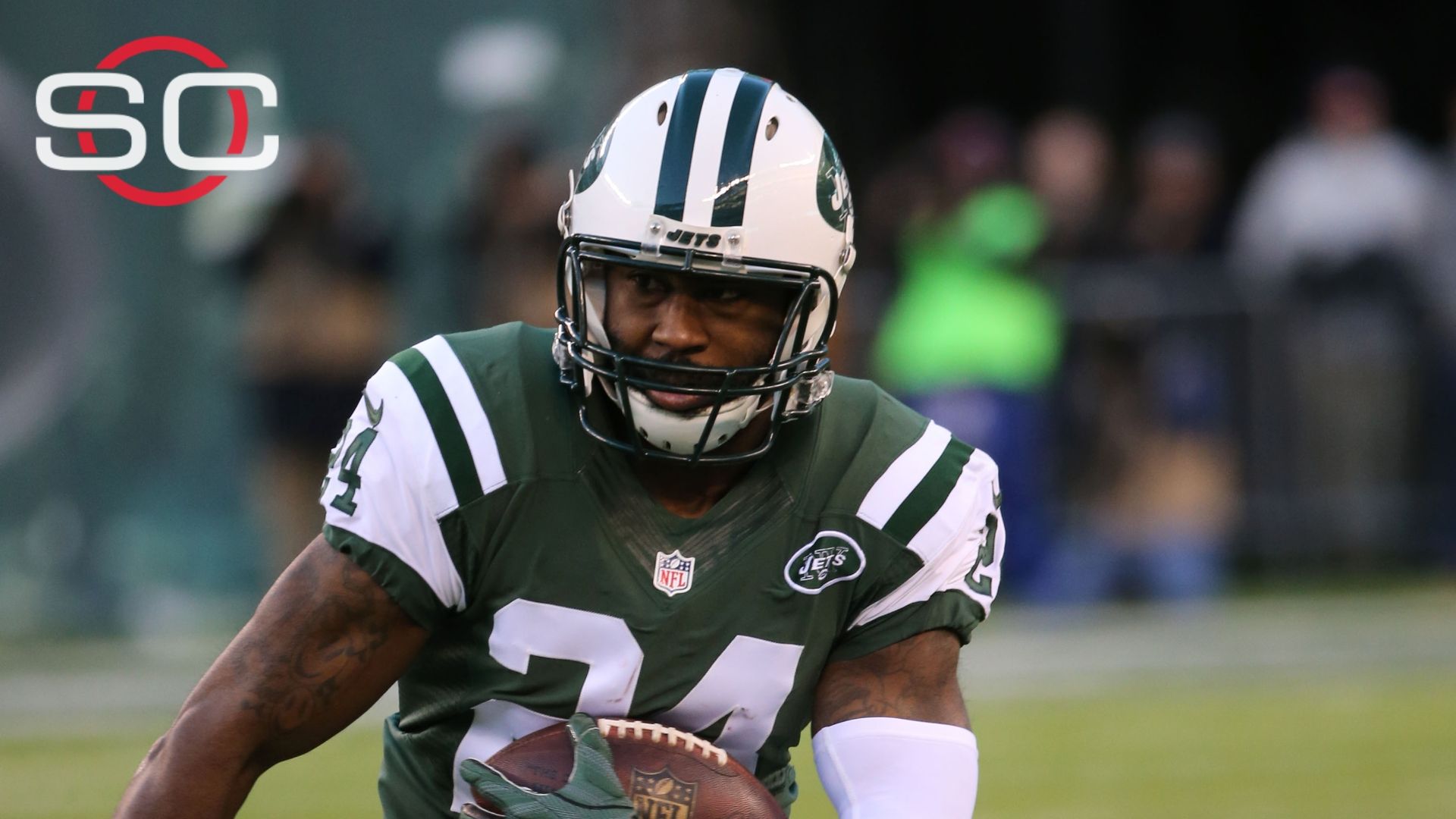