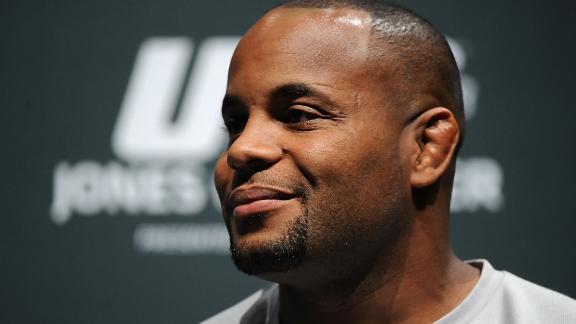 UFC light heavyweight champion Jon Jones has injured his leg, forcing the postponement of his title fight with Daniel Cormier to Jan. 3.

Instead, Jones and Cormier will headline UFC 182, the promotion's traditional year-end show in Las Vegas.

Jones is widely considered the top pound-for-pound fighter in MMA, while Cormier is an undefeated former Olympic wrestler. They generated major publicity last week for their bout when they scuffled during a promotional event in the MGM Grand casino lobby.

Johnson (20-2-1) will seek his fifth UFC title defense. He scored a dominant decision victory against Ali Bagautinov at UFC 174. Fighting out of Kirkland, Washington, Johnson is on a six-fight win streak.

The Johnson-Cariaso bout originally was scheduled for Aug. 30 in Sacramento, California.

Cormier Reacts To Jones' Injury
Daniel Cormier reacts to Jon Jones' injury and looks forward to their fight at UFC 182.

Jones Suffers Leg Injury, Pulls Out Of UFC 178
Jon Jones suffered a leg injury which has forced him out of UFC 178, match vs. Daniel Cormier moved to UFC 182.