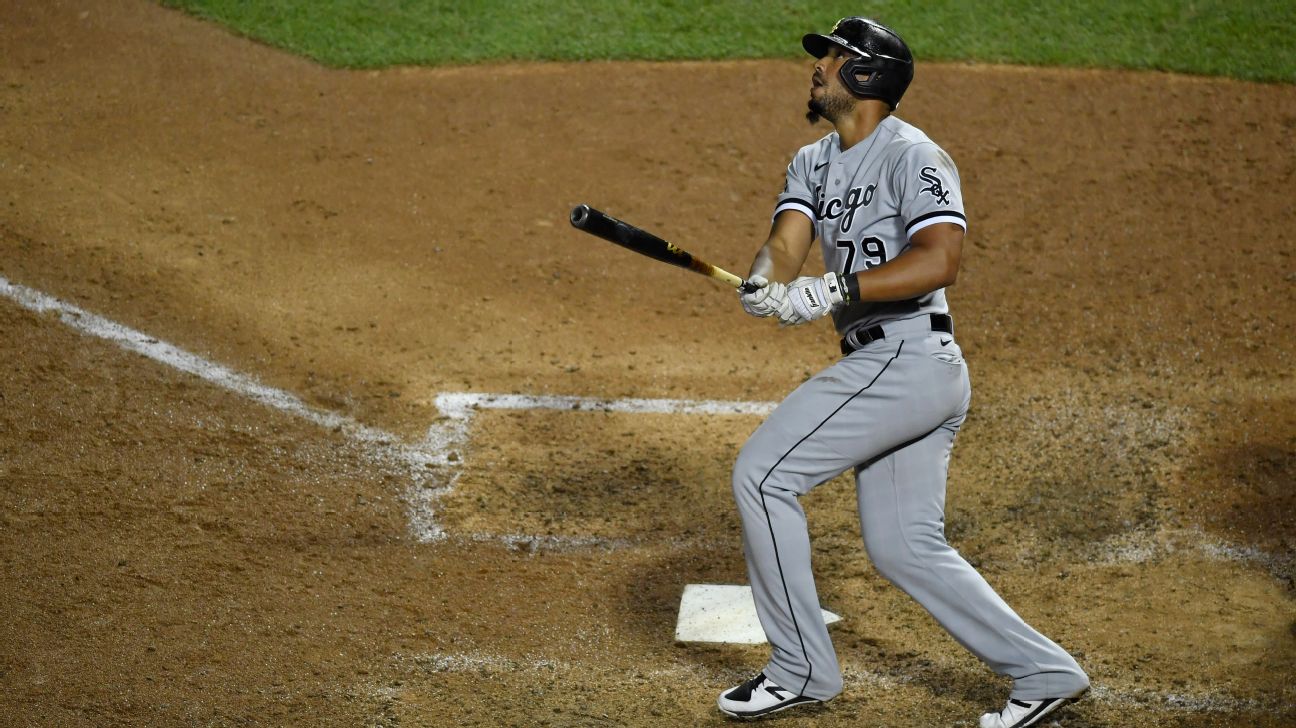 CHICAGO -- The Chicago White Sox's recent power surge is breaking records, as they hit five more home runs on Saturday night in a 7-4 victory over the crosstown Chicago Cubs. Jose Abreu led the charge with his first career three-homer game, one day after he belted two at Wrigley Field.

"I'm just enjoying the moment and trying to understand this is a great moment for this organization and this team," Abreu told MLB.com and other reporters after the game. "We just need to keep pushing forward.


In all, the White Sox have hit 27 long balls over the past seven days, setting a major league record for home runs over that time frame. They've gone deep nine times already in the first two games of their series against the Cubs, both wins. In fact, their past 19 runs have all scored via the home run.

"You see the difference in the two sides right now," Cubs manager David Ross said. "You see an offense that's really clicking on all cylinders with a ton of confidence, and our guys are still trying to get going. ... We're just not there right now."

Abreu hit his three home runs off three different pitchers, as he blasted his eighth of the year off starter Kyle Hendricks in the sixth inning, his ninth off Rowan Wick in the eighth inning and his 10th of the season off Duane Underwood Jr. in the ninth inning. He also singled and walked while driving in four runs.


"He does it every single year," Cubs first baseman Anthony Rizzo said of Abreu. "He's been a staple there ... he's one of the most underrated first basemen in the game, in my opinion."