Last Game 7 for a Chicago team: 45 years ago 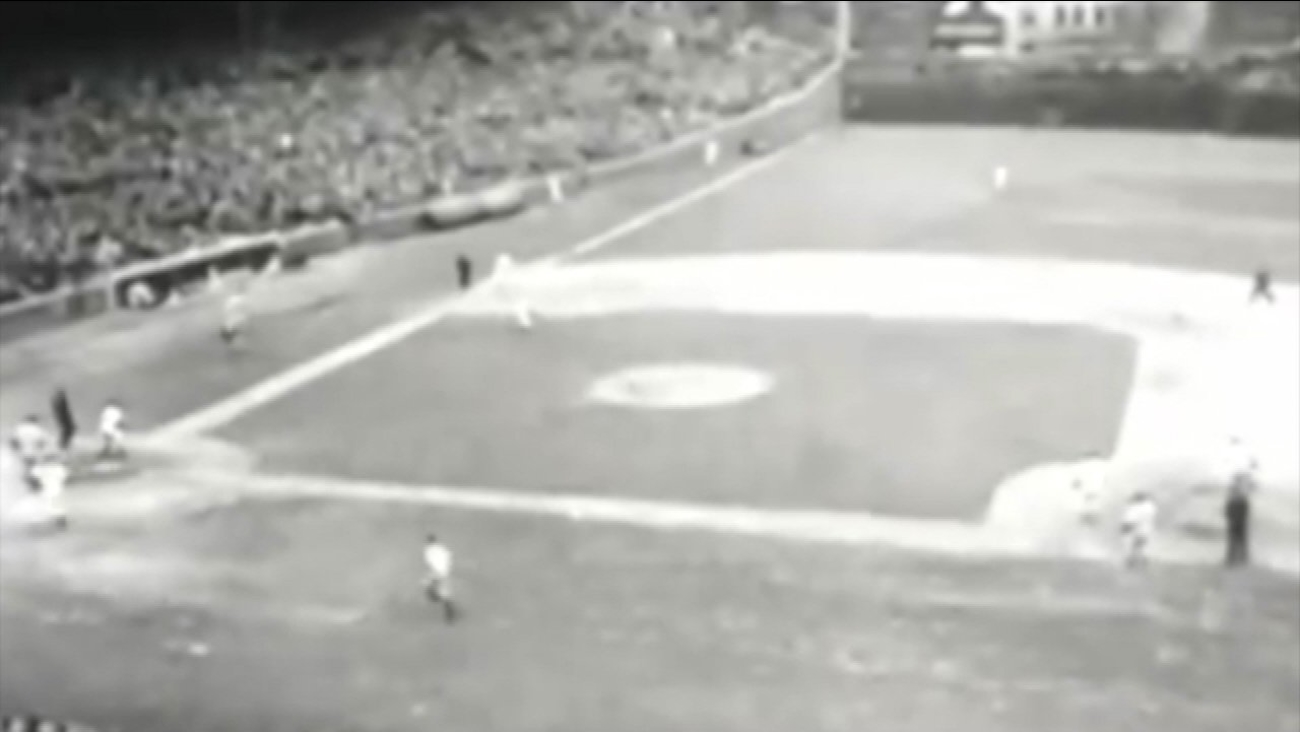 CHICAGO (WLS) -- They're the two words all sports fans want to hear: "Game 7." It's been 45 years since a Chicago franchise has been involved in a Game 7 winner-take-all game.

On May 18, 1977, the fog of spring hockey settled over the un-air conditioned ice of the Chicago stadium and a city was riveted.

"It was a heartbreaking game. When you get to a Game 7, everything is on the line and the team that is going to make the fewest mistakes is going to come home the victor," said Harvey Wittenberg, Blackhawks broadcaster and historian.

The victor was not the favored Chicago Blackhawks. After giving up a goal from center ice, goaltender Tony Esposito could not stop history in the third period.

"Henri Richard jums over the boards, changing on the fly, and the puck comes loose and Magnussen was the only guy that was close and he could outskate Richard and Richard scored on the breakaway," Wittenberg recalled.

Stories of opportunities lost will hopefully not be what's written about with this Cubs team after Wednesday night. They are seeking to avenge generations of heartbreak, stemming from their own rendezvous with Game 7 in 1945.

They lost that game 9-3, partially on the burnt out arm of a starting pitcher. Now it's about submitting to the magic of Game 7, however it turns out.

For fans, it's a mental strain.

"This is awesome. After so many years," said Betty Shephard.

"For me being a millennial it is kind of cool to see some millennials on the team doing incredible things," said Sara McCall.

"Professional athletes, this is what they live for; to play in a game 7 to decide the championship," said Wittenberg.

Even if we are past the point of curses and so on, ABC7 asked if that goaltender, Tony Esposito, would speak to us about that Game 7 long ago. The Blackhawks - out of deference to the Cubs or fate, they would not say - declined.
Related topics:
sportswrigleyvillenear west sideworld serieschicago blackhawksstanley cupchicago cubs
Copyright © 2021 WLS-TV. All Rights Reserved.
TOP STORIES
2 Simeon HS students killed in separate shootings
Oak Lawn woman wanted after skipping court over 'Maderna' vaccine card
High waves up to 18 feet slam Lake Michigan shoreline
FDA backs Pfizer COVID-19 boosters for seniors, high-risk
'No one would be spared': Debt default would set off dire consequences
Lightfoot 'not happy' with nearly 10K CPS students in quarantine
Melvin Van Peebles, godfather of Black cinema, dies at 89
Show More
Missing persons of color: Do they get the same attention?
Little Village Aztec dance group carries on 500-year tradition
Rev. Jackson released from rehab facility after COVID-19 battle
Search resumes for Brian Laundrie in Gabby Petito case
Chicago Weather: Cloudy, rainy, chilly
More TOP STORIES News