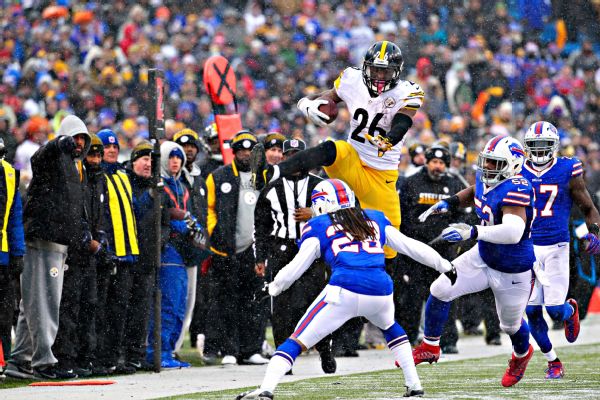 After the game, Bell told ESPN's Britt McHenry that he embraces the "Superman" nickname at least one teammate gave him.

"I looked up in the fourth quarter today and saw that I had 31 carries and I was like, 'Man, I have 31 carries?'" Bell said. "It was a total team effort."

Willie Parker owned the previous record of 223 rushing yards, set in 2006 against the Cleveland Browns.

Bell became the first player in Steelers history to record more than one game of 200 scrimmage yards and three touchdowns, also doing so in 2014 against Cincinnati.

Teammates in the postgame locker room were awestruck by Bell's work.

"I love food, so [watching Bell on Sunday] was like having a buffet of food," Tuitt said.

For the fantasy buffs, Bell recorded more than 40 points in ESPN standard leagues -- the most by any NFL player this season.

Bell set the tone in the first quarter by plowing through the Bills' defense for a 3-yard score, and he only got stronger. He touched the ball 42 times total, adding four catches for 62 yards.

Buffalo, meanwhile, totaled just 275 yards against the Steelers, marking the first time this season a player single-handedly outgained an opponent.

Bell's rushing total of 236 yards is the most the Bills have allowed to a single player in franchise history.

Over the past five games, Bell has 933 total yards. On Sunday, he accounted for nearly 65 percent of the team's 460-yard offensive day.

Franco Harris holds the franchise record for rushing attempts with 41.

"I just think my work ethic really shows," said Bell about why he takes pride in being a workhorse back. "I don't think there are a lot of backs who can do the things that I can do. I take pride in staying in the game."

Bills, snow won't stop Bell from scoring three times
During a snowy game against the Bills, Le'Veon Bell powers the Steelers with three rushing touchdowns from inside the 10-yard line. 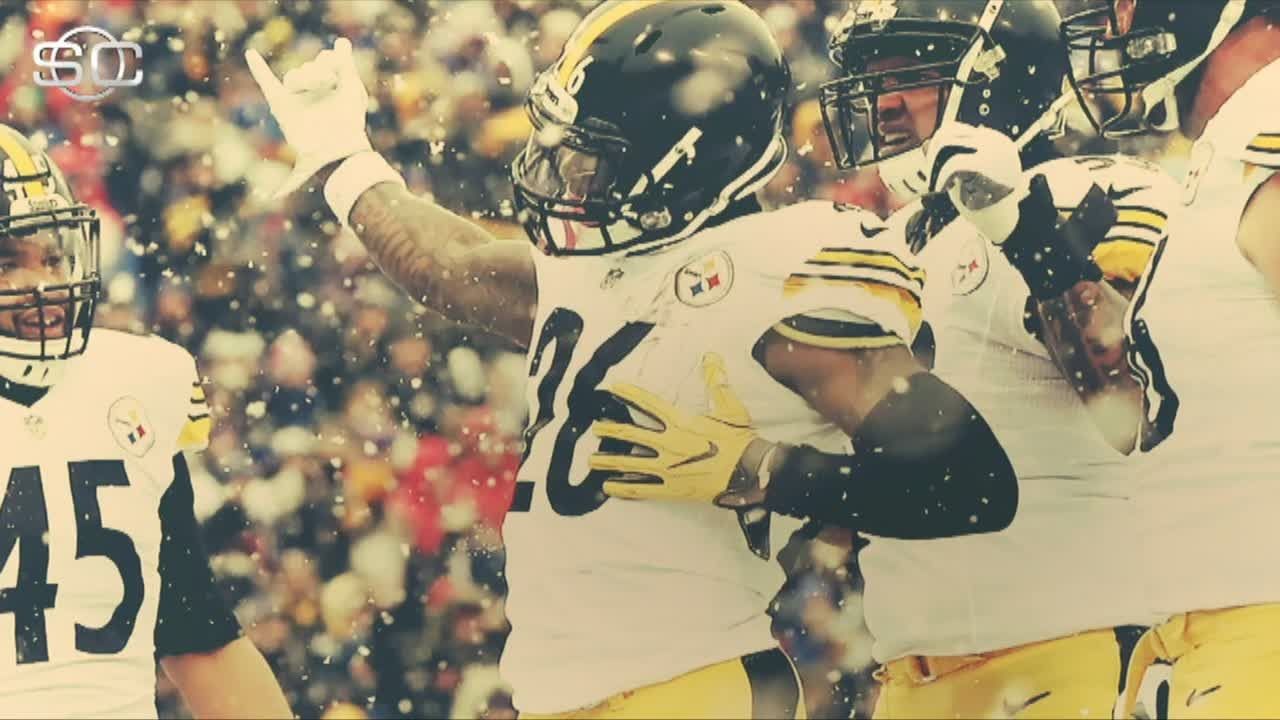