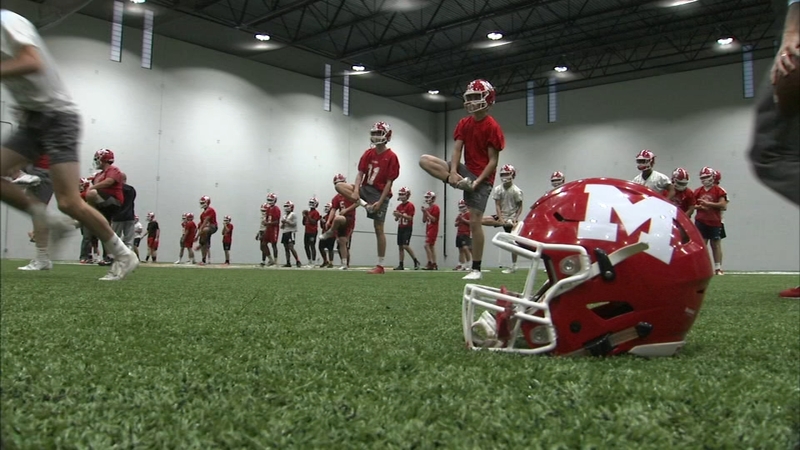 CHICAGO (WLS) -- There are 8 teams left in each of the eight IHSA Divisions as the playoffs continue this weekend, and the Marist Red Hawks are one of them.

This week Marist has a rematch with 8A powerhouse Loyola in Wilmette on Saturday. Marist beat Loyola just a couple of weeks ago but obviously there's more at stake for the 7-4 underdogs.

"We took a lot from those losses," said Marist Head Coach Ron Dawczk. "We know what it takes to beat teams at the highest caliber. We're able to learn from that and put things into practice now that we're seeing the fruits of that hard schedule and our guys learned from that and are playing at a high level now."

"I mean it's crazy that we are one of eight teams left in 8A state playoffs," said Marist quarterback Hayden Mikesell. "We can do it and we're just going to head up there, and come away with a win. And not looking forward to anything else. Just focusing on this week."

"We're so hungry and we're ready to go," Marist linebakcer Colin Bohanek added, "and when we saw we were playing Loyola we just said, 'all right, let's go.' We realize we have a big challenge to face, and we just have to work really hard this week and stick to our game plan."