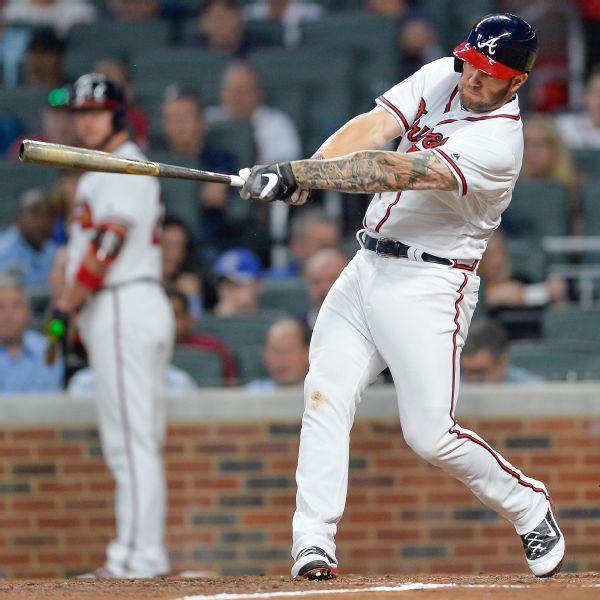 Nineteen of the players set free would have been eligible for salary arbitration had they been offered deals by the 8 p.m. ET deadline.

Adams hit .271 with 19 homers in 100 games with Atlanta after he was acquired from St. Louis in May after first baseman Freddie Freeman got hurt.

Fiers was 8-10 with a 5.22 ERA in 28 starts and one relief appearance for the Astros but was not included on any of the team's postseason rosters. Goins hit .237 this year and set career highs for home runs (nine) and RBIs (62).

Atlanta claimed right-hander Chase Whitley off waivers from Tampa Bay and agreed to an $800,000 deal.

Following the flurry of moves, there were about 195 players eligible for salary arbitration, down from 225 earlier in the week. Most will reach agreements before players and teams exchange proposed arbitration salaries on Jan. 12.
Report a correction or typo
Related topics:
sportsespnatlanta bravesmlbmatt adamshector rondondetroit tigersfree agentschicago cubsbruce rondon
Copyright © 2020 ESPN Internet Ventures. All rights reserved.
More Videos
From CNN Newsource affiliates
TOP STORIES