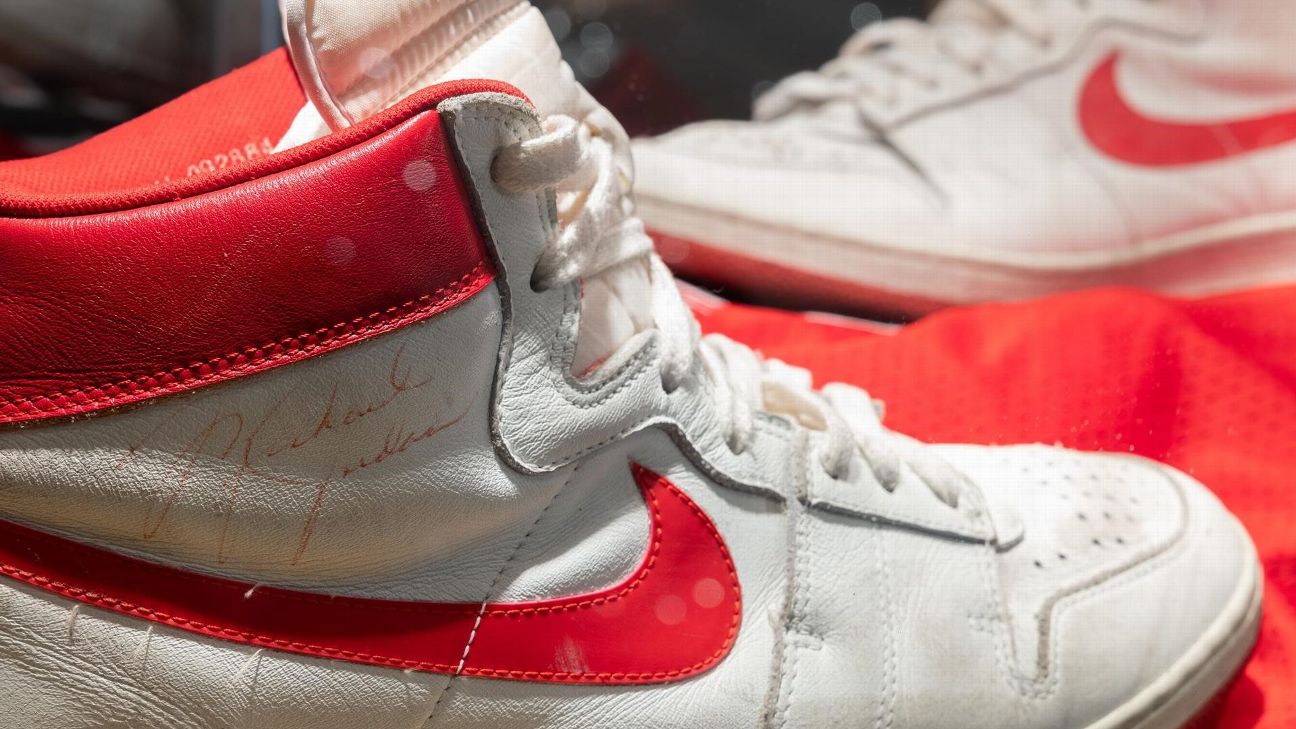 A pair of game-worn Michael Jordan sneakers from his rookie season sold for $1.472 million to high-end card collector Nick Fiorella on Sunday during Sotheby's Icons of Excellence & Haute Luxury auction in Las Vegas, shattering the record for most expensive game-worn footwear.

The sneakers were donned in Jordan's fifth NBA game, a 17-point, 5-rebound and 5-assist outing against the Denver Nuggets. Photo-matching purports that the sneakers could've been worn even earlier.


The shoes are Nike Air Ships, designed by sneaker icon Bruce Kilgore -- who created Nike Air Force 1s in 1982 and went on to design the Air Jordan IIs. The legend is that when Nike first made a deal with Jordan in 1984, his first signature shoe (Air Jordan 1s) wasn't ready. In the meantime, Nike supplied Jordan with Air Ships -- but Jordan's were so colorful that the NBA informed him they violated the uniform clause.

This pair, notably, was signed by Jordan, as well as gifted to, maintained and now sold by former Nuggets ball boy TJ Lewis.

Brahm Wachter, who heads up Sotheby's streetwear and modern collectibles arm, said: "From the moment news broke of these sneakers, it generated huge [buzz]. This exceptional result for the Jordan Nike Air Ships speaks not only to the strength of the collectibles market but also to the esteem with which Michael Jordan's items and the Jordan franchise are held."


The previous record for game-worn sneakers was, unsurprisingly, also a pair of Jordan's. In a preseason exhibition in Italy in 1985, Jordan shattered a backboard with a dunk. The Air Jordan 1s he was wearing that game -- still with a piece of glass in the sole of the left shoe -- sold at a Christie's auction in August 2020 for $615,000.

The Jordan Air Ships are the second-most expensive footwear ever sold at auction; the Yeezy 1 prototypes Kanye West publicly revealed and wore at the 2008 Grammys were sold for $1.8 million with Sotheby's this past April. 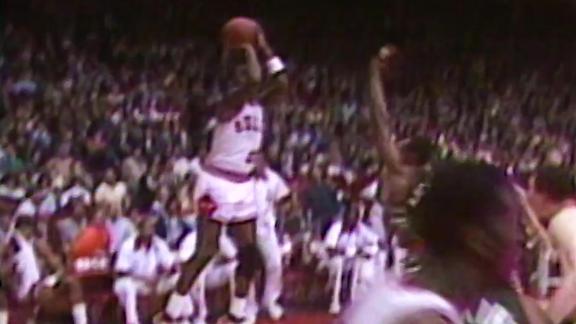