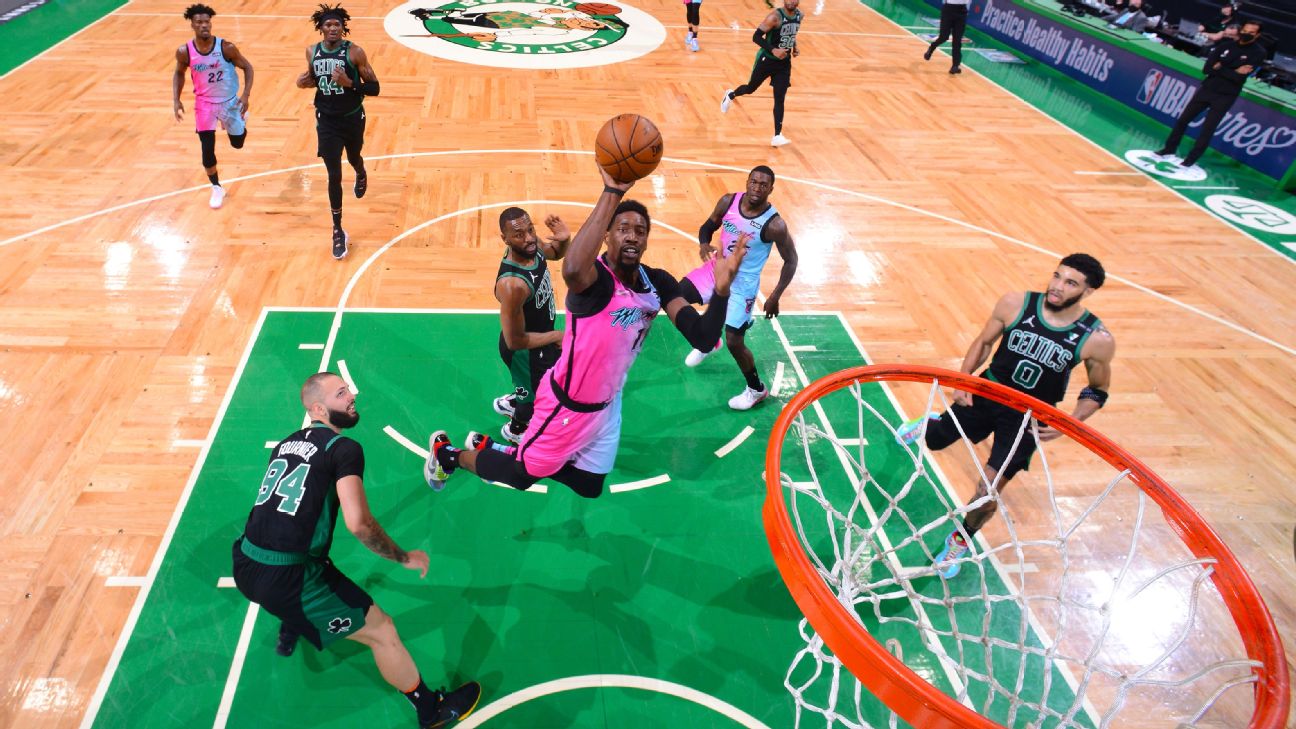 With the addition of play-in games to the 2021 NBA playoffs, the scramble for seeding is wilder -- and more important -- than ever, with almost every game down the stretch having significant postseason implications.

Here's a breakdown of all the key games from Saturday and what the results mean for the seedings, plus a look at what the play-in matchups would be if the season ended today:

BOSTON - The Celtics hosted the Miami Heat Sunday afternoon in a game that would go a long way toward determining which of these two teams would have a shot at reaching the 4-5 series in the Eastern Conference playoff picture, and which would be headed toward an appearance in the NBA's first-ever play-in tournament.

It didn't take long to figure out which way things would go.

The Heat jumped out to an early double-digit lead and never looked back, leading wire-to-wire in a 130-124 victory here at TD Garden. Miami, which led by 26 at halftime, is now tied with the Atlanta Hawks for fifth in the East, with the Heat sitting two games ahead of the Celtics in seventh with four games to play.

Miami and Boston will play again here Tuesday night in a truly massive game, with the winner clinching the tiebreaker - and, if Miami wins, virtually guaranteeing Boston will take part in the play-in tournament.


If Boston was to lose Tuesday, both Miami and Atlanta would possess the tiebreaker and be up at least two games in the loss column with three to play, leaving only a complete collapse by the New York Knicks, Boston's opponent in the regular season finale a week from Sunday, as a possible path out of the play-in for the Celtics.

As it stands now, Sunday's loss has left Boston, according to ESPN's Basketball Power Index, with an 81 percent chance of being in the play-in tournament.

The race for spots 4-6 in the East, however, is going to be complex. New York sits a half-game in front of Miami and Atlanta in the East standings entering their Sunday afternoon game with the Clippers.

And while of immediate concern to all three teams will be avoiding the play-in, they also would love to get into a 4-5 series and avoid having to play either the Milwaukee Bucks or Brooklyn Nets in the first round - only adding to the stakes for what should be a frenetic final few days of the regular season. -- Tim Bontemps 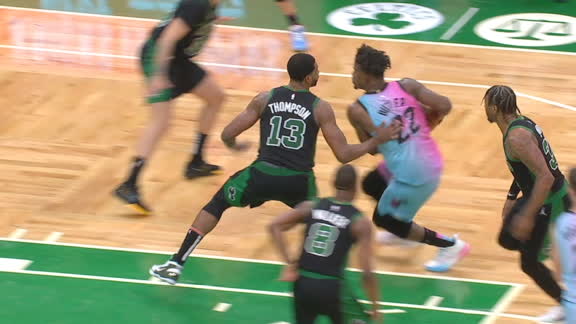