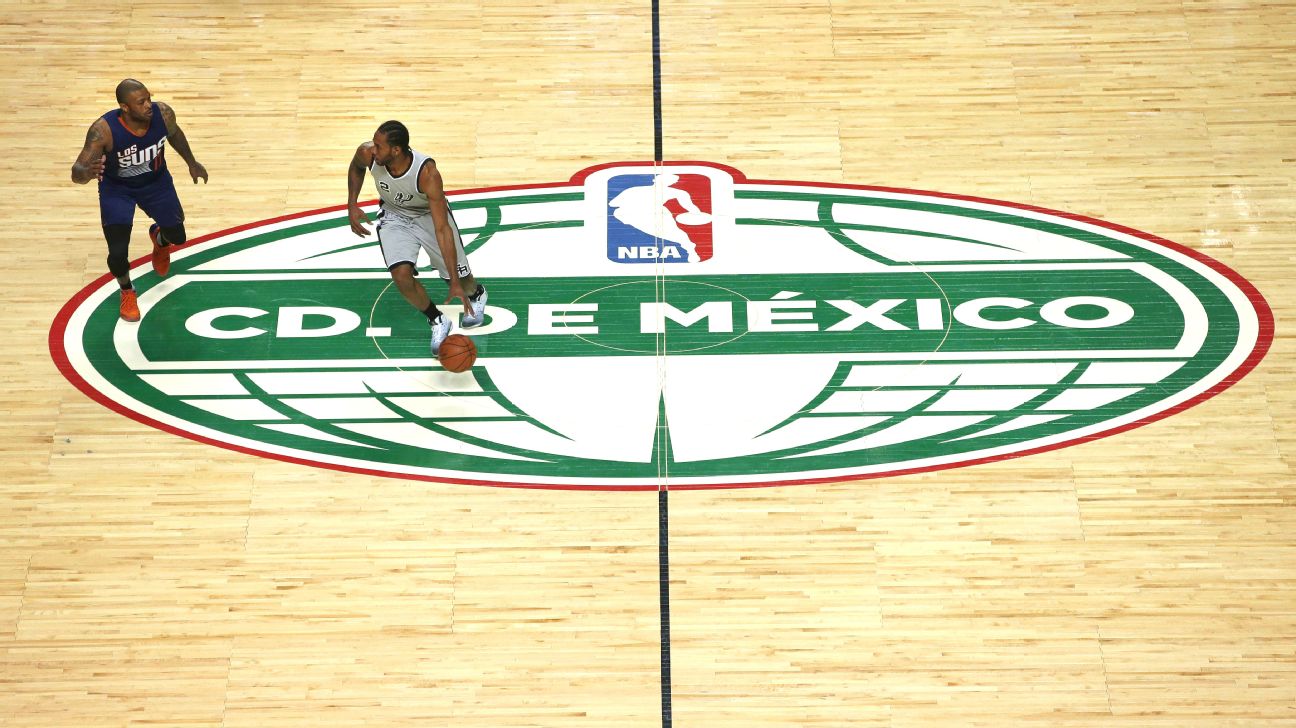 ESPN
By Ian Begley
The NBA will be playing in Mexico City once again in the coming season.

The Orlando Magic will face the Chicago Bulls and Utah Jazz on separate dates in mid-December in Mexico's capital city, the league announced Tuesday.

Aaron Gordon, Mohamed Bamba and the Magic will face Zach LaVine, Lauri Markkanen and the Bulls on Dec. 13, followed by a game againstDonovan Mitchell, Rudy Gobert and the Jazz on Dec. 15, the league said.

This is the third consecutive season that the league will play two regular-season games in Mexico City.

The NBA said in its release on Tuesday that it plans to continue to play games in the city in future seasons.

In all, the league has played 26 games in Mexico since 1992, the most in any country outside of the United States and Canada. A 2013 game between the San Antonio Spurs and Minnesota Timberwolves in Mexico City was postponed due to smoky conditions inside the Mexico City arena, the result of a fire in the building.

"Returning to Mexico City for two regular-season games this season reinforces our commitment to growing basketball in Mexico and Latin America," NBA commissioner Adam Silver said in a statement released by the league. "NBA teams have been playing in Mexico for more than 25 years, and the Bulls, Jazz and Magic organizations are excited to continue the tradition of bringing the live game experience to our passionate Mexican fans."