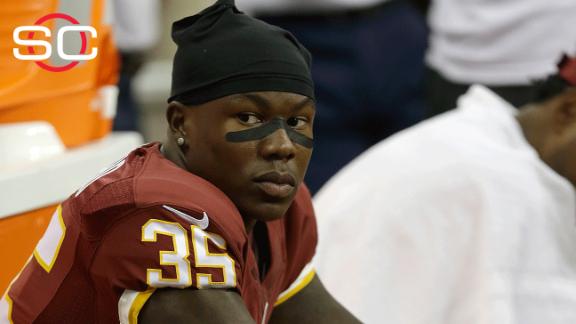 Almost all NBA contracts are guaranteed while NFL deals only have a portion that are guaranteed and, therefore, NFL players rarely see the entire value of whatever contract they have signed.

On Wednesday, which was the opening day of NBA free agency, teams agreed in principle to pay over $1.4 billion in salary to players, according to ESPN Stats & Information.

The spending spree prompted Ihenacho to air his complaints against the NFL's compensation system in a series of tweets, starting with this one:

In February, Ihenacho's teammate, Andre Roberts, unleashed a series of tweets about guaranteed contracts, at one point asking when NFL players were going on strike.

Ihenacho, who is competing for the Redskins' strong safety job, said it's a problem that players have discussed -- and he took it public.