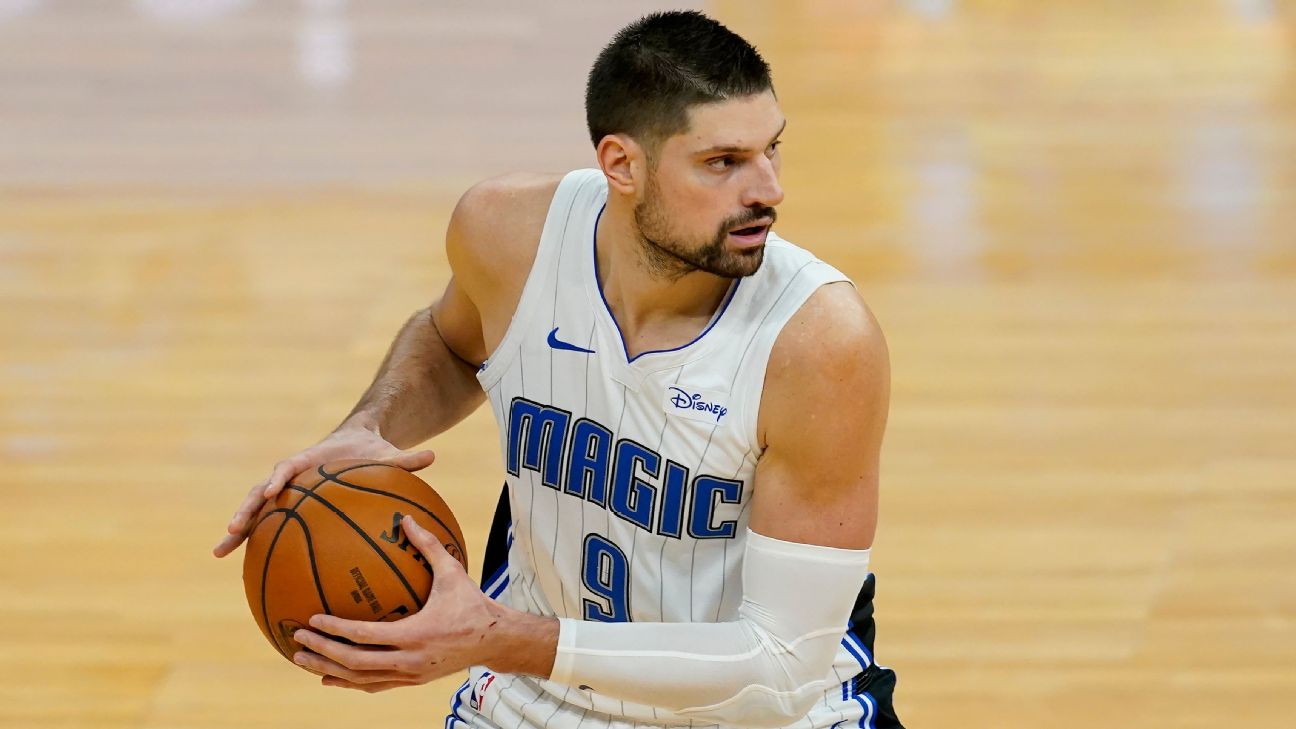 The first-round picks going to the Magic are for 2021 and 2023, sources told ESPN's Adrian Wojnarowski.


The Bulls also acquired center Daniel Theis and shooting guardJavonte Green in a separate trade with the Boston Celtics. In exchange, Chicago sent Mo Wagner, who they had acquired earlier Thursday in another deal with the Washington Wizards, to the Celtics along with Luke Kornet.

Vucevic, who is averaging a career-best 24.5 points and 11.8 rebounds this season while shooting 40.6% from 3-point range, is a huge addition for the Bulls. The Magic are moving toward a rebuild, with Aaron Gordonhaving been dealt to Denver on Thursday.

"Anytime you trade a player like Nikola, it is a tough decision to make," Magic president of basketball operations Jeff Weltman said in a statement. "'Vooch' will go down as one of the best players to ever wear a Magic uniform and we can't thank him enough for all the contributions he made to the organization, both on and off the court."

After also adding two second-round pickswith the trade of guardEvan Fournier to the Celticson Thursday, the Magic are gathering significant draft assets to build around young players Jonathan Isaac and Markelle Fultz, who are under long-term contract.

Chicago's leadership -- Arturas Karnisovas, Marc Eversley and Billy Donovan -- wanted to bring on a productive, serious-minded veteran player to be a cornerstone for the Bulls. They get one with Vucevic, who has been a pillar with Orlando.

"He can score, he can score down low or from the three, he's a facilitator," Bulls executive vice president Arturas Karnisovas said of Vucevic. "He's going to make everybody's life much easier."


The Bulls also acquired Troy Brown and Wagnerfrom the Wizards in exchange for Daniel Gafford and Chandler Hutchinson. Wagner was then shipped to Boston in the Theis deal.

According to ESPN Stats & Information, Vucevic, who has two years and $46 million remaining on his contract after this season, is just one of four players in the league to average 21 points and 11 rebounds over the last three seasons, along withGiannis Antetokounmpo, Joel Embiid and Karl-Anthony Towns.

He is one of just three players to reach the 10,000 point milestone with Orlando, trailing only Dwight Howard and Nick Anderson.

The 28-year-old Theis is averaging 9.5 points and 5.2 rebounds for the Celtics, with whom he played for four seasons.


Aminu is averaging 5.5 points and 5.4 rebounds in his second season with the Magic. He has also played for the Clippers, Pelicans, Mavericks and Trail Blazers during his 11 NBA seasons.

Porter will be joining his third NBA team, having played for the Wizards and Bulls since entering the league in 2013 as the third overall pick. The 27-year-old forward is averaging 9.9 points and 5.5 rebounds this season for Chicago.

"Wendell is a talented, young player, who is just starting to blossom," Weltman said. "We are excited not only to add him to our team, but to watch him continue to develop into the player we think he can become. We're happy to welcome Wendell and Otto to the Magic family." 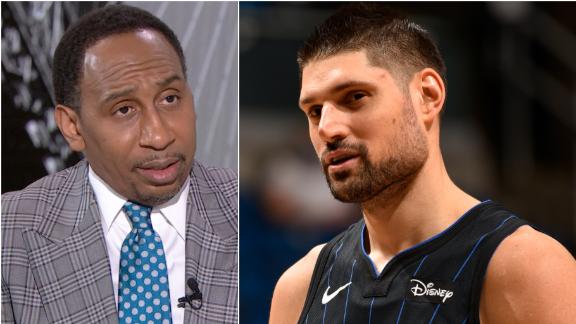