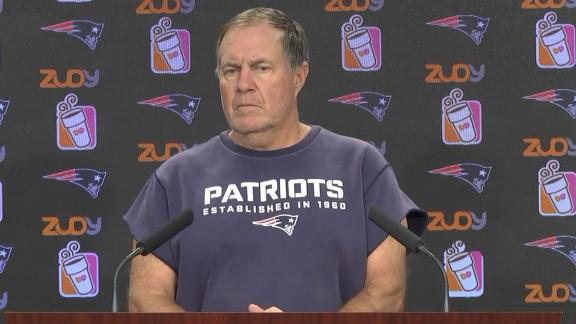 Knighton, an eight-year veteran, did not play a single defensive snap in New England's preseason, 19-17 win over the Carolina Panthers on Friday. He acknowledged after the game that he was uncertain about his place with the team.

"You're always concerned when you're not playing," he said. "I prepared myself to play, the coaches made the decisions on who they wanted to play, and I'm not going to ask any questions or make any excuses or look for any explanation. I'm just going to get dressed, get back on the plane and see what happens."

the 6-foot-3, 355-pound Knighton signed a one-year contract in April. He was expected to complement returning starters Malcom Brown and Alan Branch while buying time for third-round pick Vincent Valentine.

Coach Bill Belichick said Friday about Knighton's progression, "Some new techniques, some new things, different things than what he's been used to. We played the younger guys tonight; we didn't get as much of a look at him. He played a little more last week. I think it's a good competition at that position. We'll have to see how it all plays out."