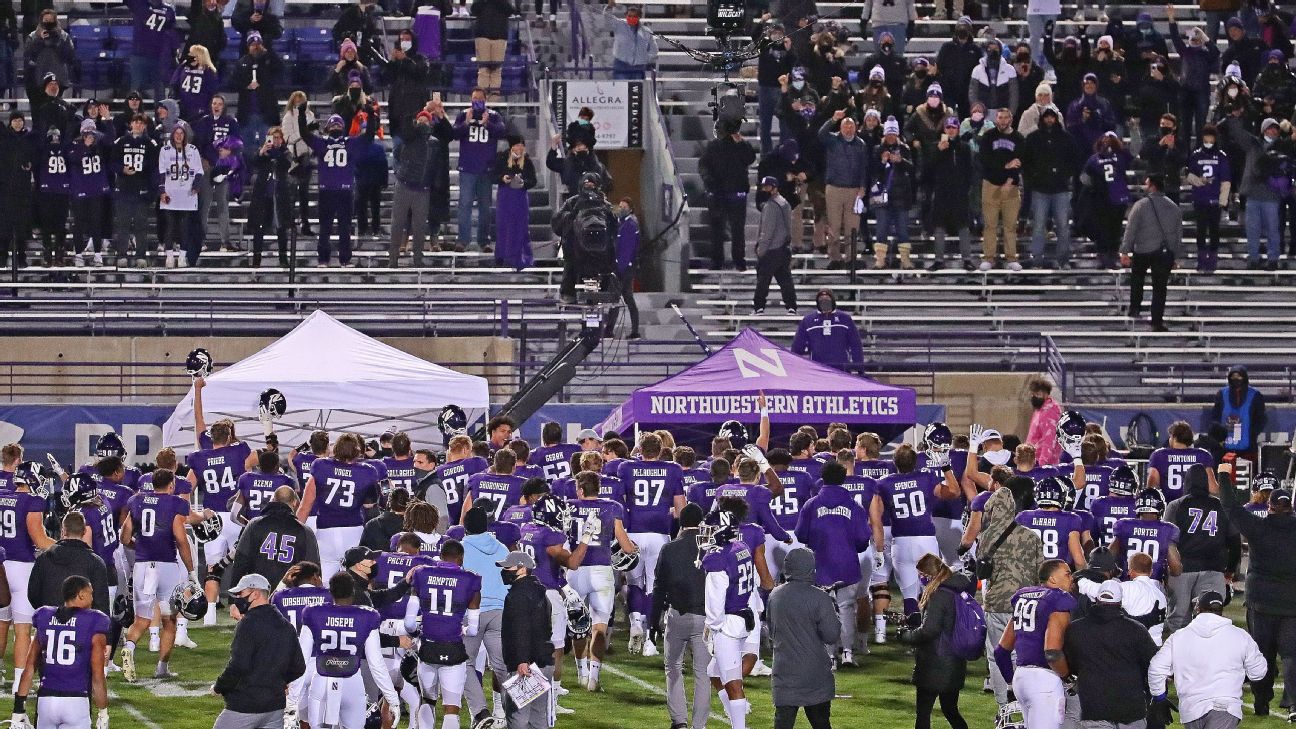 Northwestern found an unusual rallying cry this week that the Wildcats said helped power them to a 17-7 win over No. 10 Wisconsin, running off the field calling themselves the "Fighting Rece Davises."

The source of the moniker was a comment on Tuesday's College Football Playoff Top 25 show on ESPN, when host Rece Davis asked analyst Joey Galloway about his thoughts on Northwestern.


"Honestly, they've got a bunch of Rece Davises running around out there," Galloway said, taking a jab at his colleague while suggesting that the Wildcats might be at a bit of an athletic disadvantage.

Galloway went on to say that the Wildcats "play the game the right way. They're scrappy. They don't make a lot of mistakes. They find ways to win."

After Northwestern beat the Badgers on Saturday night to improve to 5-0 and sit atop the Big Ten West, Wildcats coach Pat Fitzgerald gave a shoutout to Galloway for the motivation.

"I mean, that really ticked guys off, I'm not gonna lie to you," Fitzgerald said after the game. "It was, I thought, incredibly disrespectful. I just talked to the guys about putting fuel in their engine, man. Just use that as fuel in the engine and just go out and play the way we're capable. We've got really, really good football players. We've got outstanding football players, in my opinion. We've got a bunch of guys who are going to be potentially All-Big 10, potentially All-American and potentially in the NFL."

"That's what they view us as. At the end of the season, they can call us Rece Davises all they want as soon as we get to that Big Ten championship and win that," Newsome said. "That's all right with us. It's just gonna keep fueling us every single week."

For Fitzgerald, whose team struggled through a 3-9 season last year, his worst season since his first in Evanston in 2006, it was a reminder that Northwestern isn't always taken seriously as a contender.

"Now, since I've been a part of the program, it's like we have one bad year and it's like 19-whatever again," Fitzgerald said, alluding to the 1990s, when the Wildcats won three or fewer games seven times. "I understand that, and I respect people's opinions. But yeah, that was a little bit of extra fuel in the rocket, there's no question about that."

For Newsome, the comment was funny. Defensive end Earnest Brown IV, however, didn't find it as amusing.

"I feel like I was kind of athletic, you know?" he said. "Rece Davis? I'm just like, dang, it kind of hurt my feelings." 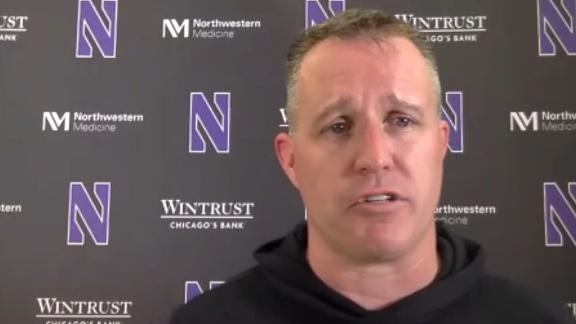