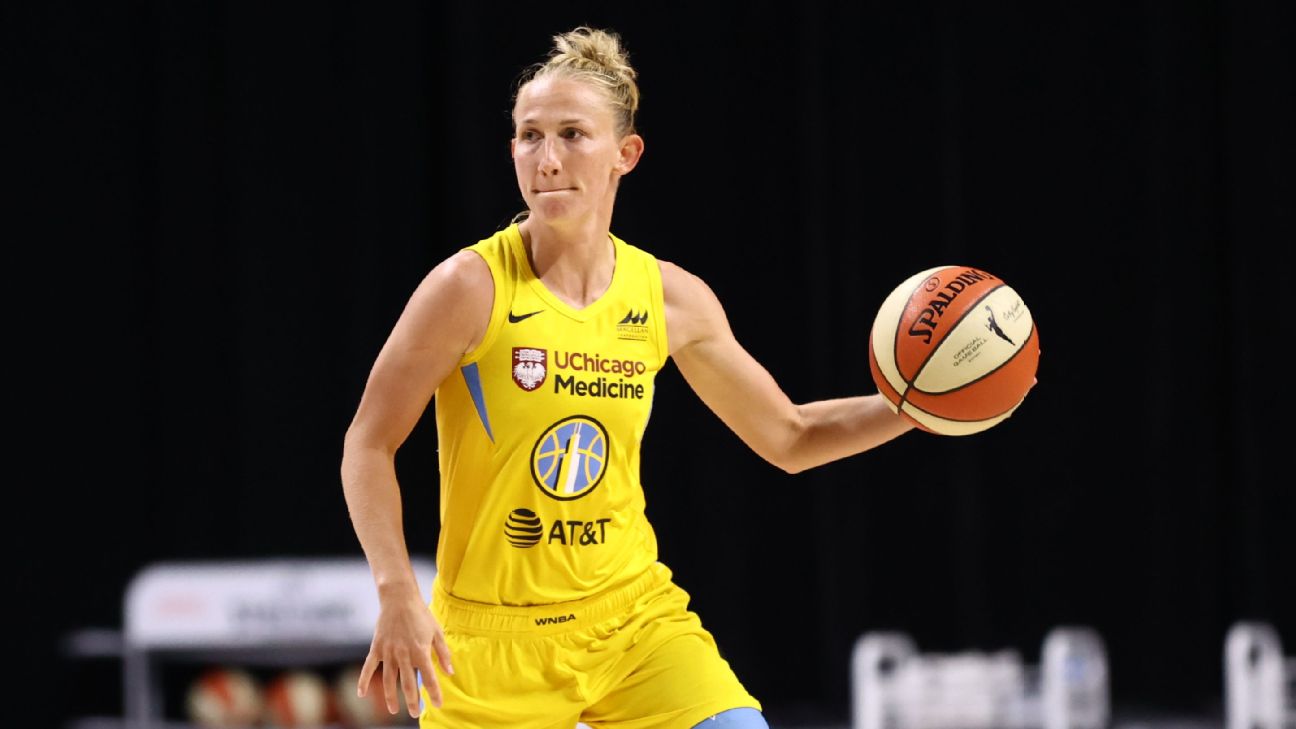 The Chicago Sky's Courtney Vandersloot officially has become the first WNBA player to average double-digit assists in a season.

Vandersloot finished the 22-game regular season Friday with 219 assists after 12 in the Sky's victory over Dallas. That made her season average 9.95. The Elias Sports Bureau, the WNBA's official statistician, said that night that Vandersloot's total would be rounded up to 10.0 but that she wouldn't officially be credited with that figure because it wasn't actually 10.0.


After video review, though, it was discovered that an assist in Chicago's Aug. 4 game vs. Dallas had been miscredited to Vandersloot's wife and fellow guard, Allie Quigley, and belonged to Vandersloot. It came on a basket scored by Cheyenne Parker at the 3:07 mark in the first quarter.

The WNBA reviewed and confirmed the correction, which gave Vandersloot 11 assists for that Aug. 4 game instead of 10, putting her season total at 220 and making her average 10.0.

Vandersloot has been the league's assists leader for four consecutive seasons now, with averages of 8.1, 8.6, 9.1 and now 10.0. Those are the top four assist marks in WNBA history. The only other player to average at least 8.0 assists per game was Ticha Penicheiro, who finished at 8.0 in 2002 while playing for Sacramento.


Vandersloot, 31, also broke the WNBA's single-game assist record this season with 18 on Aug. 31 against Indiana. That previous record of 16 was achieved twice by Peneichero, in 1998 and 2002.