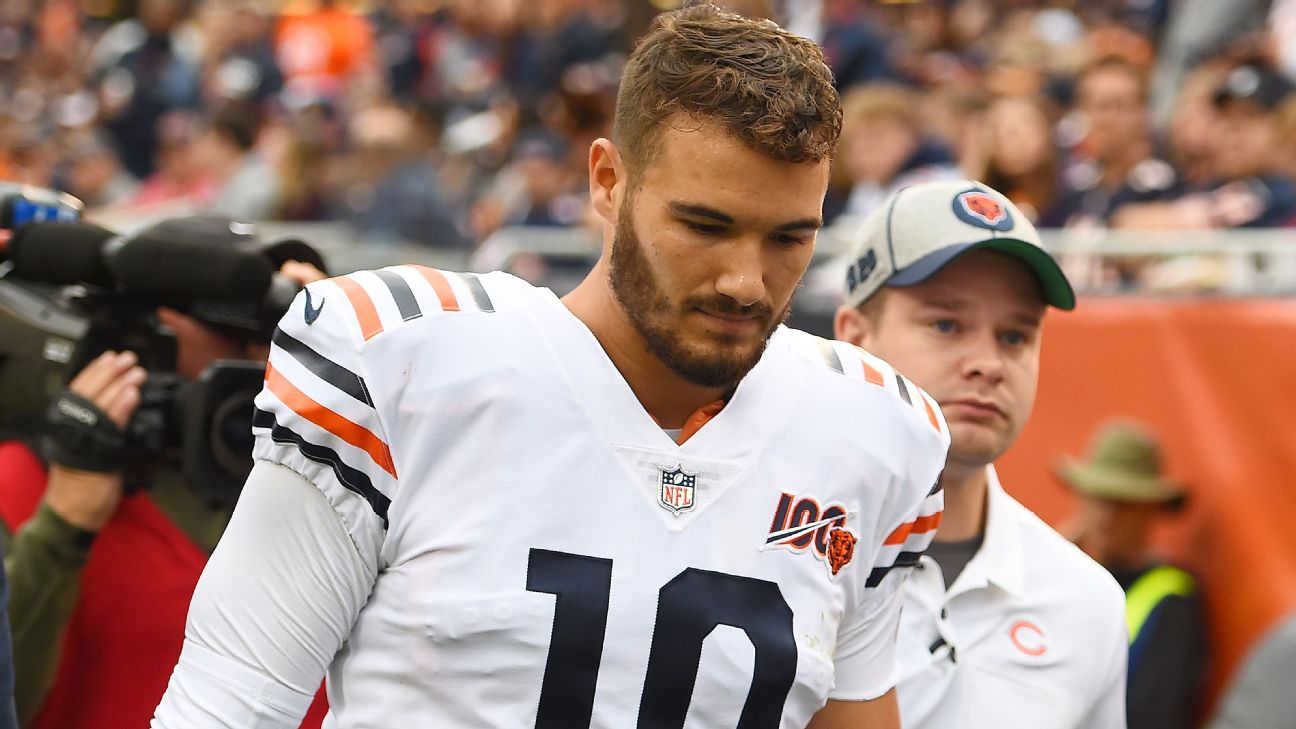 ESPN
An MRI on the injured shoulder of Chicago Bears quarterback Mitchell Trubisky revealed that he has a dislocated left shoulder with a slight labrum tear, but he does not need surgery, sources told ESPN's Adam Schefter Monday.

A source said that the QB should be back "sooner rather than later." Trubisky will travel with the team to London for its game against the Raiders but is unlikely to play.

Bears coach Matt Nagy did not provide an update on the injury Monday, insisting the team will "know more throughout the day."

"It's his left shoulder," Nagy said. "And so we'll know more here throughout the day. I think the biggest thing is making sure that he feels good and then doctor-wise and all that stuff, he's OK. We'll keep an eye on it. I'll know more later on here today."

Trubisky injured the shoulder early in the first quarter against the Vikings on Sunday and missed the majority of his team's 16-6 victory.

The Vikings knocked Trubisky out of the game on the Bears' sixth offensive play when Minnesota defensive end Danielle Hunter sacked the 25-year-old quarterback for a 10-yard loss.

On the play, Trubisky's body twisted and his left shoulder hit the ground violently as Hunter pulled him down, causing the quarterback to fumble. Minnesota's Everson Griffen scooped up the ball, although a defensive holding penalty on Vikings safety Anthony Harris gave the ball back to Chicago.

Trubisky immediately went to the blue injury tent before being escorted to the locker room for further medical attention. He returned to the sideline with his left arm in a sling, watching a good portion of the game from there, and was in the locker room congratulating teammates after the game.

Veteran backup Chase Daniel replaced Trubisky and tossed a first-quarter touchdown pass to running back Tarik Cohen. Daniel managed Sunday's game without any turnovers and finished 22 of 30 for 195 yards and the one touchdown as the Bears improved to 3-1.

"That's the one luxury that we have is having Chase," Nagy said. "He knows the offense really, really well. He's really like a coach out there. He can fix any mistakes that I have, even if it's just communication, he's able to handle hat. He did that a couple times yesterday. If he's who ends up playing, then we feel very comfortable. We ran into this last year, right? If Chase is your guy, we'll have a plan and then same thing with Mitch. So I just -- I feel comfortable, I know the other teammates feel comfortable with him as well. We're fortunate to be in this position."

The Bears are likely to elevate veteran backup quarterback Tyler Bray from the practice squad to the active roster in advance of Sunday's game against Oakland.

Tight end Trey Burton and Cohen are among the team's emergency quarterback options.

Information from ESPN's Jeff Dickerson was used in this report. 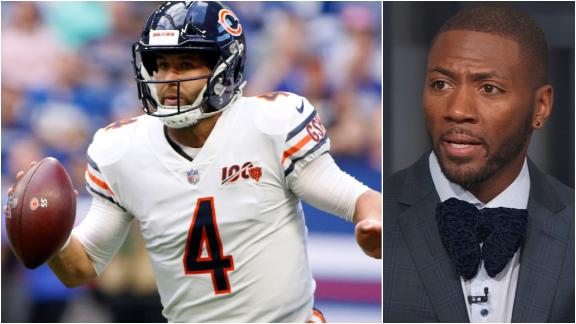 Clark confident in Daniel replacing Trubisky
Ryan Clark is confident that Chase Daniel will keep the Bears competitive while Mitchell Trubisky is injured. 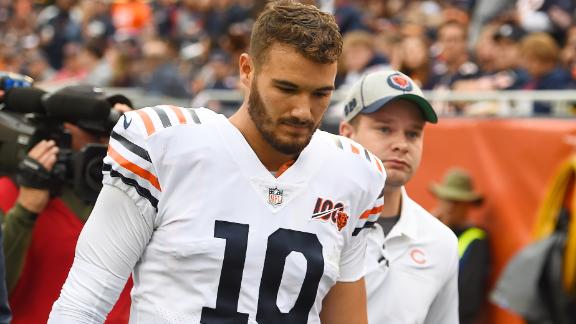 Trubisky exits with shoulder injury
Mitchell Trubisky is sacked and lands awkwardly on his left shoulder, forcing him out of the game against the Vikings.
Report a correction or typo
Related topics:
sportsespnnflchicago bearsmitchell trubisky
Copyright © 2020 ESPN Internet Ventures. All rights reserved.
More Videos
From CNN Newsource affiliates
TOP STORIES