Stephen Curry (ankle) sits out most of second half, 'questionable' for Game 2 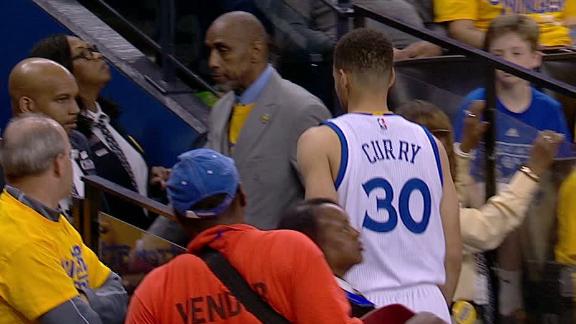 Curry tweaked the ankle after missing a shot with 2:12 remaining in the second quarter, as he turned to get back on defense.

"As far as [Game 2 on] Monday, I'd say Steph is questionable," Kerr said. "We will see how he responds the next couple of days and go from there."

While listed as questionable, Curry envisions he'll play in Game 2 on Monday.

"Right now, don't see a scenario where I'll be out," Curry said at the postgame podium.

"Obviously, if it's not right and I'm at risk of further injury or whatnot, that's the only thing that we'll have to worry about," he said. "Pain tolerance and all that stuff, I kind of know what I can deal with on the court. But you don't want anything more serious to happen, favoring an ankle or whatnot. So that's what we'll kind of pay attention to the next two days."

After the injury, Curry went to the locker room with 1:07 remaining in the half. He re-entered the game in the third quarter but was substituted out by Kerr.

"I didn't like the way he was moving when he went back out in the third quarter," Kerr said. "He wanted to stay in, but he wasn't moving well, so we weren't going to play him, regardless of what happened."

Curry lobbied Golden State assistants to appeal to Kerr, but his case fell on deaf ears.

"We all swung and missed," Curry said.

Although the game was a blowout, Curry found himself in a few physical exchanges. Most notably, Curry shoved Patrick Beverleyafter the Rockets point guard committed a reach-in foul and got tangled on Curry's arm.

Curry pushed back when asked whether Beverley is a "dirty player."

"Nah, he's an aggressive player," Curry said. "He plays hard. He tries to get under your skin with certain things that he does, but that's kind of his M.O. I wouldn't call it dirty at all."

Beverley said it isn't his goal to irritate opposing players.

Curry is likely to win his second consecutive MVP and has averaged 30.1 points, 6.7 assists and 5.4 rebounds per game this season while hitting an NBA-record 402 3-pointers.

The Warriors set a record for wins in a season by going 73-9 as they pursue back-to-back NBA championships.

Information from ESPN.com Rockets reporter Calvin Watkins was used in this report. 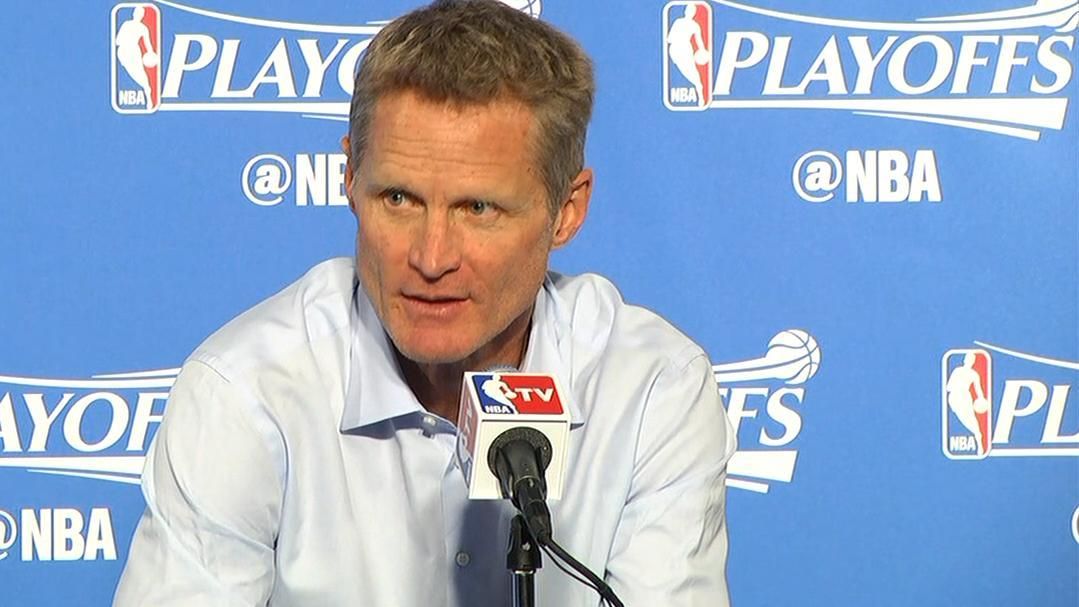 Kerr: We don't want to take any chances with Curry
Steve Kerr tells reporters Steph Curry is questionable for Game 2 and explains how the team plans to deal with his injury.