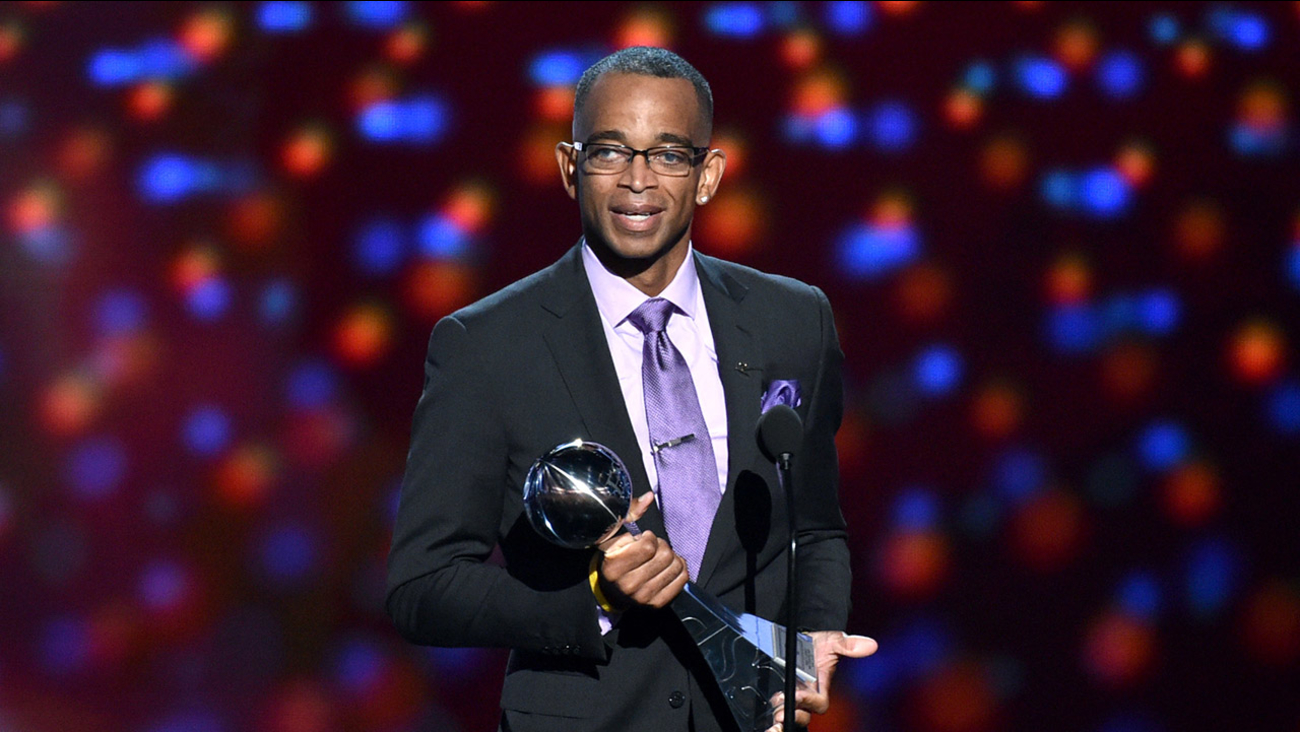 In a July 16, 2014 file photo, sportscaster Stuart Scott accepts the Jimmy V award for perseverance, at the ESPY Awards at the Nokia Theatre, in Los Angeles. (AP)

One sports broadcaster made a touching emotional play by giving his award to the daughters of the late Stuart Scott.

Ernie Johnson Jr., host of Inside the NBA on TNT, was awarded a Sports Emmy Tuesday night in New York City. When he got up on stage to accept the award, he instead chose to give it to the daughters of Stuart Scott, the cherished ESPN Sports Center anchor whom passed away from cancer earlier this year.

"This belongs to Stuart Scott," Johnson told the girls as he handed them his award. "This is your Emmy."

Scott's daughters then accepted the award and spoke in front of a teary-eyed audience.

"We just wanted to say how grateful we are to the National Academy of Television Arts and Sciences and to Mr. Johnson for acknowledging our father in a way that we don't understand the gravity of," Taylor Olivia Scott said. "We're honored to be able to be here because he can't be here so thank you."

Scott devoted much of his time towards cancer awareness and research before his death. Johnson himself is a cancer survivor, who overcame non-Hodgkin's lymphoma in 2006.

Last year, Scott made a touching speech at the 2014 ESPYS after he accepted the Jimmy V Award for Perseverance. He passed away in January at the age of 49.