WLS
By Diane Pathieu
CHICAGO (WLS) -- About 25,000 runners were in the streets downtown Sunday morning for the annual Shamrock Shuffle.

The 37-year Chicago tradition kicks off the running season and many participants run the 8K for a cause that is close to their hearts.

"I'm running for Cornerstone Community Outreach, it's a homeless shelter for the city here and I help raise funds for them," said runner Ted Jindrich.

"We're running for the Palestinian Children's Relief Fund," said Shadin Maali. "It's a charity that helps children that need medical care in the Middle East."

The shuffle is one of the city's most popular races, and many runners use it to train for the running season, which sometimes leads up to the Chicago marathon.

"This is sort of jump starting the training, so, it'll be a good season this year," said runner Kelly McClintock.

Some dressed up in costumes, others wore not much more than body paint.

Early Sunday was brisk and windy.

"It's chilly, the wind is the worst," said R.J. Poochie. "When the sun was out for two seconds it was awesome." 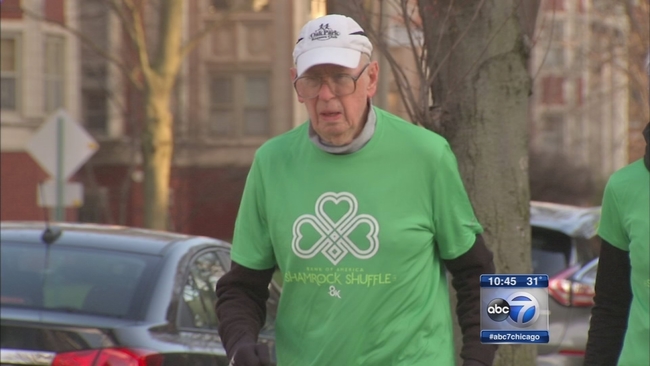 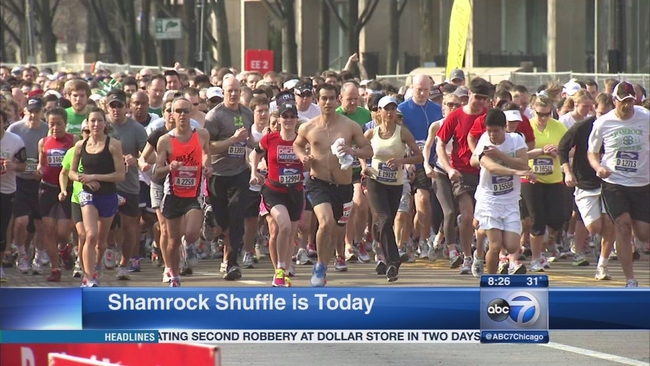