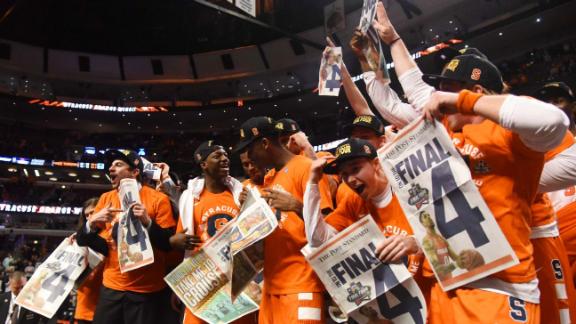 The first No. 10 seed to reach the Final Four has a Las Vegas sportsbook sweating.

On Jan. 13, the Westgate SuperBook had Syracuse listed at 1,000-1 to win the NCAA tournament. Even though the Orange were struggling at that point, some folks had faith. The Westgate booked four bets, totaling $135, at that price, including a $100 ticket that would pay $100,100.

The underdog Orange came from behind to knock off Virginia on Sunday night and advance to the Final Four. Syracuse was down as many as 16 points early in the second half and trailed 54-39 with 9:33 to play. The Orange closed with a 29-8 run to win.

At one point in the second half, the Orange were a 16-1 underdog to win the game at William Hill's Nevada sportsbook. In the first half, a Syracuse believer took a $350 stab on the Orange at 14-1 odds. That person won $4,900.

Virginia was a -5,000 favorite to win straight up at one point in live wagering at William Hill. Late in the first half, with the Cavs in control, William Hill took a $2,400 money-line bet at -3,000 odds. It would have netted $80.

Syracuse was only listed at 1,000-1 for a week at the SuperBook before being trimmed down to 500-1 on Jan. 13. That was still an attractive price to a few bettors. In fact, the same bettor who put $100 on the Orange at 1,000-1 odds also took them at 500-1 twice at $50 a pop. The bettor has put all three tickets up for sale for $6,069 at Propswap, a Las Vegas site that acts as a secondary market, allowing people to buy and sell tickets from Nevada sportsbooks.

Jay Kornegay, vice president of race and sports at the Westgate and a 20-plus-year Vegas veteran, said he could not recall a 1,000-1 bet ever cashing. Auburn was1,000-1 during the 2012-2013 college football season and reached the championship game before falling to Florida State.

Syracuse began the season at 100-1 to win the national title. Coach Jim Boeheim was suspended for nine games, a suspension that stretched from early December into conference play. The Orange lost their first four ACC games and were 10-7 on Jan. 9 after a home loss to North Carolina. Syracuse was one of the biggest surprises to get into the NCAA tournament field and began the tournament at 300-1.

Syracuse will face the Notre Dame-North Carolina winner April 2, in the Final Four in Houston. 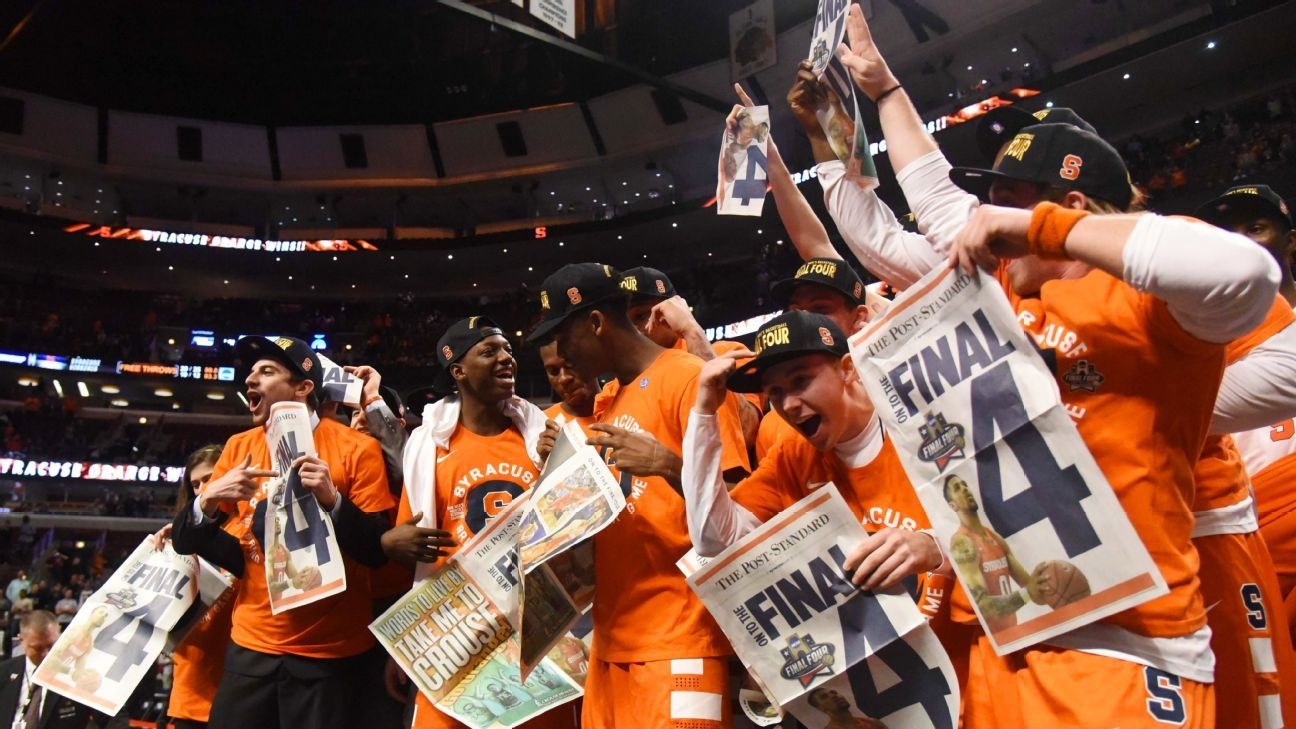